With an abundance of truly inclusive shows, the musical theatre scene has a lot to offer. Reinventing stories of our childhoods to the strong portrayal of current societal issues in a fun, upbeat and diverse way, West End Live is an event worth standing under the sun for six-and-a-half hours.

As I travelled into Trafalgar Square on Saturday morning, I was surprised by how busy it was. So many groups of (who I thought were) students were waiting on the street and I wondered where they were going. Then I realised there were people of all ages lining up, the closer I got to Trafalgar Square. Were all these people here for West End Live? As a first timer, I had completely underestimated the scope of the event. It was as if Beyoncé or Taylor Swift had announced a last-minute, first-come first-served free concert, with the promise of a meet-and-greet to all those in attendance.

Safely near the front of the stage, having got in a few minutes before everyone else, the flood of people ran in as if their lives depended on it, all to secure a spot as close to the stage as possible.

“I can’t believe we actually made it.”

I had only been standing there for an hour and was already finding the sun and the amount of people surrounding me stifling, and these young, enthusiastic musical theatre buffs had been there since 5.a.m. So dedicated to their passion of musical theatre, they even got an Uber Eats driver to deliver them McDonalds to the queue.

It wasn’t until the show started that I understood why they thought it necessary to camp out on the streets of Trafalgar. The performances were breath-taking. From the soulful bellowing of Aladdin’s Genie, to the hot and heavy dancing of On Your Feet, and the spellbinding classic that is The Phantom of the Opera, West End Live had everything to give.

With each performance, despite how hot and uncomfortable the sun was making everyone, the crowd got louder and more energetic – except during the Only Fools and Horses performance. From where I was standing, it received a mixed reception, prompting the person behind me to say, “I won’t be running to see that anytime soon.”

Perhaps a musical like this is meant for the die-hard fans, whose days haven’t been filled by anything as funny since the show ended in 2003. But that is one of the great things about West End Live; it has something for everyone, and since people travel from all over the world to indulge in London’s West End, such an event is an ingenious idea – no wonder it’s been running for 10 years by the grace of Westminster City Council – and of course all the talented people involved in each production.

West End Live was a much-needed escape into the fantastical, a delve into the magical and a chance to reconnect with all that bonds us.

Every production was different, from classic favourites, like Wicked and 9 to 5, to unexpected new delights, like The Secret Diary of Adrian Mole by Sue Townsend. Six by Toby Marlow and Lucy Moss had people bursting at the seams, talking non-stop about how the show was the one they were waiting for before it had even started. – and by the way the crowd was singing along, it wasn’t the first time many of them had seen it.

Despite the massive variety, there were some common themes that occurred amidst some of the shows – empowerment being one of them, for all underrepresented groups of society. Everybody’s Talking About Jamie was a real crowd-pleaser that featured themes of race, anti-bullying, LGBTQ+ and staying undeniably true to yourself.

Dolly Parton’s 9 to 5, Six, Wicked, Waitress and Tina all in their own ways championed female empowerment from different perspectives. From getting out of abusive, no good relationships to celebrating a life of musical excellence, and finally having their say after being bound to the tyrant that was Henry VIII, the women made a statement that did us all proud.

On Your Feet, Thriller Live, And Juliet, Mamma Mia and Jesus Christ Superstar, have taken songs we all know and love and given us another reason to love them all over again. With brilliantly executed dance numbers and non-stop, feel-good vibes that couldn’t be more needed in these pressing times, West End Live was a much-needed escape into the fantastical, a delve into the magical and a chance to reconnect with all that bonds us.

In short, I’ll be back next year. Only this time with more water, sunscreen and a portable camping chair. 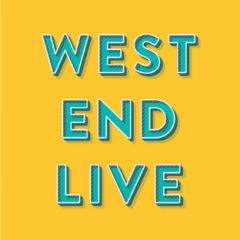