The West End is home to the most expensive theatre shows in the UK, with the average top band ticket having risen to £117.52 last year, largely as a result of Hamilton. At the same time, the average price of the lowest band tickets has dropped to £19.31; does that make the cost of the top price tickets acceptable? Or is the West End becoming elitist and inaccessible?

Many big companies based in London have schemes to help young people gain access to tickets. The RSC immediately comes to mind, with their project The Key, which allows young people ages 16-25 a £5 ticket to every RSC show (both in Stratford upon Avon and London). The Globe also do £10 standing tickets, if you’re game for standing through a Shakespeare, and The National have a similar scheme, offering £7.50 tickets to the 16-25 age group.

However, a significant number of these young people would likely rather go and see a musical such as Wicked or a play like Harry Potter than a Shakespeare, so the cheap ticket schemes probably aren’t being taken advantage of in the way they should be, and most West End musicals and shows don’t offer the same options. In addition to this, the likelihood of a young person being able to afford to (or be willing to pay to) see much more than two West End productions a year is small. My opinion is, if it’s the only show I’m going to see this year, I want a good seat so I might as well spend the money to make sure I get to see the full spectacle, which leaves me unable to see all the shows I want to, and I find myself having to pick and choose.

Theatre is often seen as entertainment for the upper/middle classes, and I regularly try to fight this, but looking at how much it would cost a family of four to get decent tickets to see a show like Hamilton, I sometimes find I have to back down. Add on to this the fact that a lot of the theatre-goers in the West End are tourists in London for only a day or two, the cost of taking a family to the theatre could easily double the cost of a trip into London. Plus, if you decide to go for the lower band tickets, there is almost a 100% guarantee that you’re either sat up in the Gods, or right at the back of the circle. How is this promoting accessible theatre for everyone? Considering a focus of the theatre sector at the moment is to push and make it more accessible (in every way) there is still a serious barrier to access tickets.

Last minute tickets are often the easiest way to secure a ticket, whether this involves going on a last minute ticket website, to one of the booths in london, or to the specific theatre to see if any returns or day tickets are available. Day tickets, if you’re well prepared, can be a brilliant way to get last minute tickets in great seats for cheaper than the usual price. However, unless stated, these tickets are cheaper, not cheap. They are also not guaranteed. They are a great idea for people who live near London or are staying in London, but if you’re doing a day trip from another city, you’d have to be outside the theatre of your choice in a queue by 9:30am some days to guarantee yourself a ticket.

For me, the issue, and in some ways the irony of this situation, is that as a young person who works in the theatre industry, I often don’t earn enough money to be able to afford to see these West End shows. So what can we do? Some people say the price of the tickets will drop over time, but Wicked (to give an example) has been running in the West End for nearly 13 years, and the top price tickets are still £127.75. The cheapest tickets are £25, but these are only available at the back of the circle, or in restricted view seats at the very edge of the stalls. For a decent seat in the stalls you are looking at spending £41.75 to sit at the side, or upwards of £50 to sit centrally in either the stalls or circle. In my opinion, this is too much to ask a young person to be spending, and is likely going to put them off wanting to go to these shows at all.

I believe theatre is a staple of the British culture, and is something that should be accessible and able to be enjoyed by everyone. There are several things restricting this, but access to lower priced tickets would definitely be a positive step in the right direction. 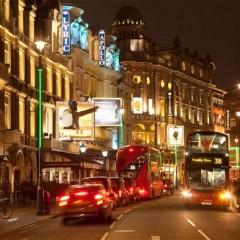