Londoners have been struggling to afford suitable homes for them and their families for what feels like a lifetime. From the devastating increase in rough sleepers, to the rise in families being forced into unsuitable and over- crowded housing conditions – or even shelters – it’s become evident that there is no quick fix to the problem.

Local councils are under strain and those in need of their help are finding themselves increasingly volatile situations. The housing crisis comes from a lack of affordable housing for Londoner’s at all ends of the social scale; private renters can be just as at risk of unstable living conditions as those relying on housing aid from local authorities.

In lieu of this, the increase in new-build developments that keep popping up on every slightly vacant patch of London land might seem like the city councils and private developers’ way of striking back at the housing crisis - creating new-build homes to combat the situation. But, the sad truth is, these developments are not all built with those in need, in mind.

A £600m scheme has been approved by Southwark City Council to revamp the old, Old Kent Road. This development consists of “1,113 new homes […] improved connectivity for cyclists and pedestrians, […] the extension of the Bakerloo line will also pass through the area on its way to Lewisham.” Out of those 1,113 homes, a mere “35%” will consist of affordable housing, “237 social rented and 126 shared ownership.” Although 237 homes is not to be discredited, at last count, “170,000 people in the capital are without a home [...]” so 237 houses out of over 1000, is barely a dent in the problem.

Residents of the Southwark borough expressed their concerns over such a development being built because of the shortage of social housing and the great loss of industrial space they will now face to make way for the new development. With each development that gets built, residents’ discontent with their local councils grow. Councils should be permitting developments that have the benefit of all residents in mind: London is not facing a shortage of nice homes only a small percentage of the population can afford.

With these properties being built primarily for the well off, and only a couple made available to those in need of social housing, the situation speaks to a bigger problem: a class divide. Only a week ago, a housing development in Kensington came under scrutiny after using a fence to divide the communal children's play area; one half for children whose parents can afford the property and the other for children whose parents can’t. Since the outrage the fence has been taken down, but the very idea that where a child can or can’t play boils down to the financial status of the family is medieval.

People in need of social housing are not only not being considered before such developments are built, but when they are, they are being made to feel like inconveniences who must put up with the situation simply because the government can’t find an effective solution that works for everyone.

In an effort to help fix the problem, “Two major new housing communities will be built in London alongside new railway stations.” according to GOV.UK. Over 20,000 new properties will be built in, an effort to accommodate those currently suffering from either homelessness or unsuitable living conditions, as a result of a £570m deal. This is part of the government's bid to “deliver 300,000 properties a year by mid-2020’s”.  Until such homes are built, we can only hope this burst of funding will support those in need as it should be a priority to build and expand communities that can accommodate everyone, regardless of social class.

London’s Mayor Sadiq Khan says the lack of affordable social housing is at the heart of the housing crisis, to which his solution is a “high level implementation plan, which includes key policies, proposals and actions”. Be it as it may, the attitudes towards those in need of social housing, those who have been made homeless or those who are rough sleeping needs to change. It is not necessarily the developer’s responsibility to provide affordable social housing, but it should be, because the housing crisis could affect those least expecting, for example those who privately rent and are found unsuspectingly without a home because their landlord has decided to take back their property. The issue of housing is one that affects us all, directly or indirectly and the well-being of fellow communities is not something that should be brushed off.

Local and national authorities need to work to approve deals that are of the utmost benefit to those in need. Without this level of dedication, the housing crisis will remain as such and the people who are directly affected by it will continue to suffer. 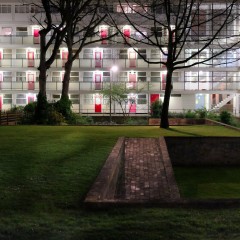 The housing crisis is still a crisis