This is what far too many of us think of when we picture ‘Africa’ in our minds.

All-too often we see this continent of 54 nations and over 3,000 ethnic groups as a place in which we can dump money to feel better about ourselves. The way in which ‘Africa’ (especially sub-saharan Africa) is portrayed in an attempt to drum up sympathy results in ‘Africans’ being portrayed as children in need of help from their British saviours - the celebrities like Ed Sheeran or Stacey Dooley. Now that’s not to say that these charities aren’t doing valuable work with this money, but the issue lies in the presentation of the people they’re trying to help. There’s never a mention of the booming Nollywood, which has become the second biggest film industry in the world, or the way in which Afrobeats have become a powerful presence in British music Instead, in many of these portrayals of African people, 1.3 billion people become one child’s gaping mouth, completely devoid of voice or identity beyond struggle and poverty.

Britain has a long, complicated history of paternalistic behaviour towards people in Africa, with a mix of Social Darwinism and so-called humanitarianism meaning that Africans were seen as ‘Half-devil and half-child’, to be reared in the ways of Anglo-Protestant Britishness, thereby creating a moral excuse for colonialism and even slavery. Whilst we tend to put less stock in the ideas of those such as Joseph Conrad around the ‘savagery’ of African people, we’re still inundated with images and that present Africa as an infinitely deep well of poverty and suffering, to be looked after by Brits

This infantilisation has real and tangible consequences for African people, both in and outside of Africa. For those living in Britain ,this means endless questions and belittling of heritage because of a very limited view of the continent from which we hail, with African people often being mocked for expressing those elements of their identity. For those within Africa it means that minimal effort is put into conversations about the long-term causes of the issues that plague many African nations and the systems which make these issues endemic. At the same time, it means that many governments and people manage to get away with attacking those most vulnerable in society. A third of African women have suffered physical or sexual partner violence, and homosexuality (alongside other forms of being LGBTQ) is outlawed or restricted to varying degrees in 34 African nations.

If Africans are children, then these stark abuses can be swept under the rug and excused as the product of societies that collectively just haven’t ‘grown up’ into Western liberalism. This allows us to completely ignore the way in which our nation instituted the legislation which neglects and/or persecutes, women and LGBTQ people. 57% of states globally with ant-LGBTQ laws having British colonial origins. What results is a world where Africans aren’t given the room to grow out of the dated perception imposed upon them and people within these nations are persecuted due to our unwillingness to face the legacy of our past.

Ultimately, the infantlisation of Africa only helps soothe British imperial guilt and assert our nation’s supposed superiority, whilst marginalised groups within those nations suffer and the people on the ground doing valuable work to make their nations a better place in a more meaningful and long-term way are left unsupported.

We need to start looking at Africa as the complex and layered continent which it is, rather than a bucket into which we can dump money into and feel better about ourselves. 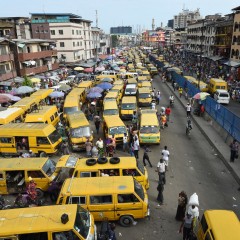 The infantilisation of Africa and Africans