Perhaps naively, I was fairly confident that anyone who signed up for a two and a half month volunteering programme overseas - let alone one that cost £3450 - would be someone who cared about helping people, or the environment, and making a positive difference in the world. I expected - and was excited - to meet a load of people who were like me, at least in that way. We’d all have something in common, and likely have similar values as well. I had no doubt there’d be plenty of things that everyone differed on, but we’d all be there for the same purpose.

Wrong. Completely, utterly and totally wrong. The majority of volunteers on my expedition (of which there were around 50, a relatively small intake for Raleigh) were not there for those reasons at all. Oh, there were a few who were, and I came to love those few fiercely, but the majority were there for reasons I still can’t quite decipher today. From what I could gather, a few people’s parents had done Raleigh 30 years ago (when it was very different), and they wanted to follow in their footsteps, as it were. Most of the things their parents had told them, however, are now not part of the programme due to various health and safety regulations and general common sense. Some people had been sent there by their parents (who were probably hoping it would make them into better people - it didn't work) and some people just thought it sounded like a good way to spend ten weeks getting drunk and high whilst pretending to be doing good.

This is hard for me to write about without sounding like a complete bitch, but I cannot stress enough how truly awful some of these people were. Here’s a few examples: they bullied - yes, bullied - one of the leaders so badly she developed anxiety and started having panic attacks that were so bad she had to leave her final phase early; they bullied another volunteer (who was there for the same reasons I was - he actually cared) badly enough to send him home after the first phase; they made fun of a mentally disabled child in a Nicaraguan community; they were lazy and disrespectful enough that the head of the National Park in Costa Rica that Raleigh volunteers spend the environmental phase in requested that Raleigh stop sending volunteers there, and they spent most of the expedition getting drunk or high, or complaining that they weren’t drunk or high.

I’m no prude, and I like a drink as much as the next person, but I believe there’s a time and a place. Raleigh is a dry programme: no drugs or alcohol. It’s very, very clear about that fact. It says it on the website, and on all of the information when you sign up. And yet, when that rule was brought up and explained during the introduction at the beginning of expedition, many volunteers heavily objected. And then they got upset when they got in trouble - and, eventually, kicked off the programme - for repeatedly breaking that rule. There are plenty of programmes that aren’t dry programmes, so I couldn’t really find any sympathy for those people. Don’t sign up for a dry programme if you can’t go ten weeks without having a drink or smoking some weed.

Like I said, there were a few gems among the volunteers and the leaders, without whom there is no way I would have got through the whole expedition, but my experience was significantly, negatively affected by the others. They made it seriously difficult to enjoy anything, because they were constantly complaining, and being surrounded by such unbelievably self-absorbed, uncaring people is not exactly pleasant. I don't regret doing Raleigh, because I learnt a lot about myself - namely, that I am a badass (read about trek here) - but, unfortunately, the truth is I can’t recommend it, because I honestly didn’t enjoy it. Well, I enjoyed parts of it; I loved my community in Nicaragua, and I made a few amazing friends, but the overall experience wasn’t a fun one. And that’s the fault of those other people, who couldn’t manage to care about anything or anyone outside themselves, and made life hell for the rest of us.

While I wouldn’t personally recommend Raleigh, I do know that many people who have done Raleigh and had an amazing time. Just because I didn’t enjoy my time on Raleigh doesn’t mean no one does. In fact, my expedition was something of a freak accident; apparently there aren't normally that many awful people in one go. I was unlucky. But I also won’t sugarcoat my experience. Raleigh itself isn’t a bad organisation, and I still like what the expedition offers, but it wasn’t what I wanted from volunteering, and it definitely wasn’t what I thought I was signing up for. 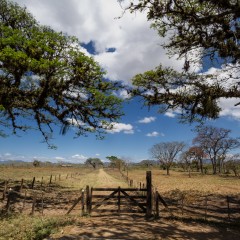 Volunteering Abroad - Not What I Signed Up For, Part 2