With air pollution now claiming 40,000 lives a year and the UN announcing that air in more than 40 UK cities and towns is “too dangerous to breathe”, it’s difficult to understand why ditching diesel isn’t a top agenda for most UK citizens.

For some this topic is impossible to disregard, such as the parents of Sephie who reside in the capital, which possesses some of the UK’s most toxic air. The parents have had to see their young child suffer with serious respiratory issues reducing her to a hospital ridden reality, reliant upon a “toddler-sized” breathing support machine. This is one case on a prolific list. Many NHS workers admit respiratory issues such as Sephie’s are on a significant rise amongst children, as described in an article published by Greenpeace’s India Thorogood. Both children and the elderly are the most vulnerable members of our society, especially within this issue. Air pollution can cause heart disease, stroke and diabetes. These things are never taken lightly.

So why is air pollution treated as an afterthought?

From a general assumption, air pollution may not be a primary concern for many, as their thoughts are occupied with other pressing issues. Worries over earning money, feeding ourselves and our family, paying rent and generally living a stable life dominates our priorities, placing air quality a distant second. Logically though, it’s no less important. All living beings are breathing every day. It’s natural and essential. Air is essential but is it still natural?

Harmful gases such as particulate matter, sulphur dioxide, nitrogen dioxide, carbon monoxide, and lead are released into the air at alarming rates every minute. One month into the New Year, London reached its legal air pollution limit for the whole year!

Oliver Hayes of Friends of the Earth commented on this stating “it’s high time we reimagined our cities so that people- not cars – come first”. In an article published by The Guardian, Polly Toynbee claimed ‘privatisation is poisoning the very air we breathe’. She detailed how van traffic has grown faster than any other vehicle on UK roads, owing to the de-monopolising of Royal Mail and the inevitable introduction of competition into the national utility. Private companies now pick and choose easy deliveries, leaving the Royal Mail to take single letters to every remote property. Labour have announced re-nationalising these utilities, with this issue being one of the main incentives. Considering Environment secretary  Michael Gove (UK Environment secretary) didn’t attend the meeting on air quality in Brussels (30th January), it’s strenuous to imagine the introduction of revolutionary environmental policy under the current Conservative government.

I believe it is important for every person to be involved in politics. It governs citizen’s lives and the Earth’s overall wellbeing to a substantial extent. Voting for a government that holds truly strong environmental policy is a big game changer, and the Green Party would be an obvious choice during a general election for this reason. But, due to our irregular chances to vote, getting yourself integrated within non-profit organisations such as Greenpeace and SumofUs is also a great opportunity to make a change and also gain a better understanding of the world around you.

Contributing little changes into our individual daily routines makes a massive difference on a big scale. This includes simple practices such as washes at 30 degrees, driving less and using public transport more often, switching off lights when not in use or it isn't overly necessary due to natural daylight as well as using energy saving light bulbs.

A lot of these facts do not surface amongst a lot of us, whether it be poor coverage by popular media outlets or statistics that are not at our eye level consistently. But, nonetheless, climate change is happening and it is doing so rapidly, and I believe it is our duty to recognise it, whether governments care to implement major policy or not. 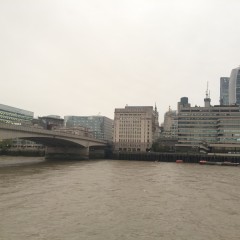