Voice MagBlogsDiversity in the Art…

I will be talking about my views on diversity in the arts.

Personally, I can’t say the arts has ever appealed to me - whether that be theatre or music etc. I most certainly never thought of it as a career option .  I’ve always wanted to know whether it was just me not being interested or whether the arts appeal to ethnic communities.

I came across an article where the Arts Council reported that Black, minority ethnic communities made up only 17% of the English arts workforce. This seems low - surely proving that I can’t be the only one, but it still poses the question as to why the number is so low?

Another article from 2014 quoted the Arts Councils Chief Executive who said something along the lines of ‘arts is just not a part of life ‘for the BME or low-income portion of the nation. I found this most interesting- does that mean that you need money to succeed in the arts? Maybe not but since the arts are declining in schools with reports highlighting downward trends in participation in cultural activities, those young people interested in the arts must find somewhere else to enjoy their passion. So of course, they would join their local young people’s theatre or arts organisations even if it does come at a cost. I know personally I have never been interested in the arts even when I had the opportunity in school to do drama or music, but my older brother loved acting and even studied performing arts in college. In our Asian culture, I wouldn’t say the arts was ever encouraged and so if my brother hadn’t been offered drama in school, its highly doubtful that he would ever have gone out to a local arts centre or organisation to try it out. Supportive as my parents are, it’s not very common for Asian boys or girls to participate in community arts related events. So, could that be a reason for the lack of diversity – lack of money to keep the arts in schools? Or the ‘join up fees’ requirement of some arts organisations?

The lack of funding could be the issue but another article I came across actually said that more money was given to arts organisations that had proven to be more diverse. This was based off funding to theatres where more diverse companies received more funding than all-white organisations which were seen to be ‘behind the times’. I suppose this makes sense following the Arts Council report.

I think that if the arts will continue to decline in schools, it is more likely that interested young people will have to go out of their way to find opportunities – this could mean that there is not a lot of representation from BME communities who don’t typically place a lot of value on the arts in general. It seems unfortunate that those young people should suffer and so I would hope that funding will continue to be freely given to all arts organisations who have shown diversity as well as an intention to appeal to young people from BME communities and less priority should be given to those that don’t. 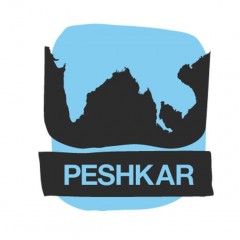 Diversity in the Arts