The seven books of the original collection were written throughout the 90s and 00s. At the time, largely, people put the decision not to write him as “explicitly gay” down to it not being the right time, culturally, for the reading public – especially given that she could’ve written him as being explicitly straight. As such, the world went on revolving; the books become record-breaking hits and the films did phenomenal business, together creating a generation-defining canon.

Fast-forward and history is repeating itself. Fantastic Beasts sees Eddie Redmayne as Newt Scamander delving into a fascinating magical history allowing our imaginations to run yet wilder. However, people are upset that the imagination didn’t reach Dumbledore’s sexuality story.

This abuse came as details of the plot emerged around Dumbledore’s relationship with antagonist, Gellert Grindelwald, still being played by Johnny Depp. Fantastic Beasts 2 deals with how young Dumbledore fell in love with Grindelwald for their shared ideas and ideologies.

Now this tweet is telling for many reasons. It could say that her screenplay was more explicit about Dumbledore’s sexuality originally, but knowing how the industry works in the hands of powerful, profit-mad producers, powers that be decided that it was still not the right time. Further, it reinforces what she said at the outset of the Fantastic Beasts hypebeast that this is just the beginning for the exploration of Dumbledore’s life in what will be a five-film franchise.

It may also tell us that Rowling isn’t too willing to listen to the criticism: choosing to mute it. This is fair and good if she knows she has the intention and power (which I’ve no doubt she does) of eventually doing justice to the LGBT representation that her audience craves. But this does little to assuage the barrage of abusers swishing and flicking their wands her way.

As the industry clicks on to the monumental, cosmic breakthrough that audiences want better representations of themselves on screen, the question remains why Dumbledore couldn’t just be out-and-out. If we work backwards, the sage Dumbledore of the Harry Potter franchise had his reasons not to be explicit in his sexuality.

The slow-burning madness of Rowling might be onto a story tackling just said battles. He may have always been an ideological maverick in other ways, but the complexity given to his own manoeuvring of his sexuality might be just what Rowling is going for. Is this too ahead of its time, though? Do we need more explicit or conventional Hollywood representations of alternative sex and sexuality before we can hold a candle to the identity repression felt by a an old wizard? 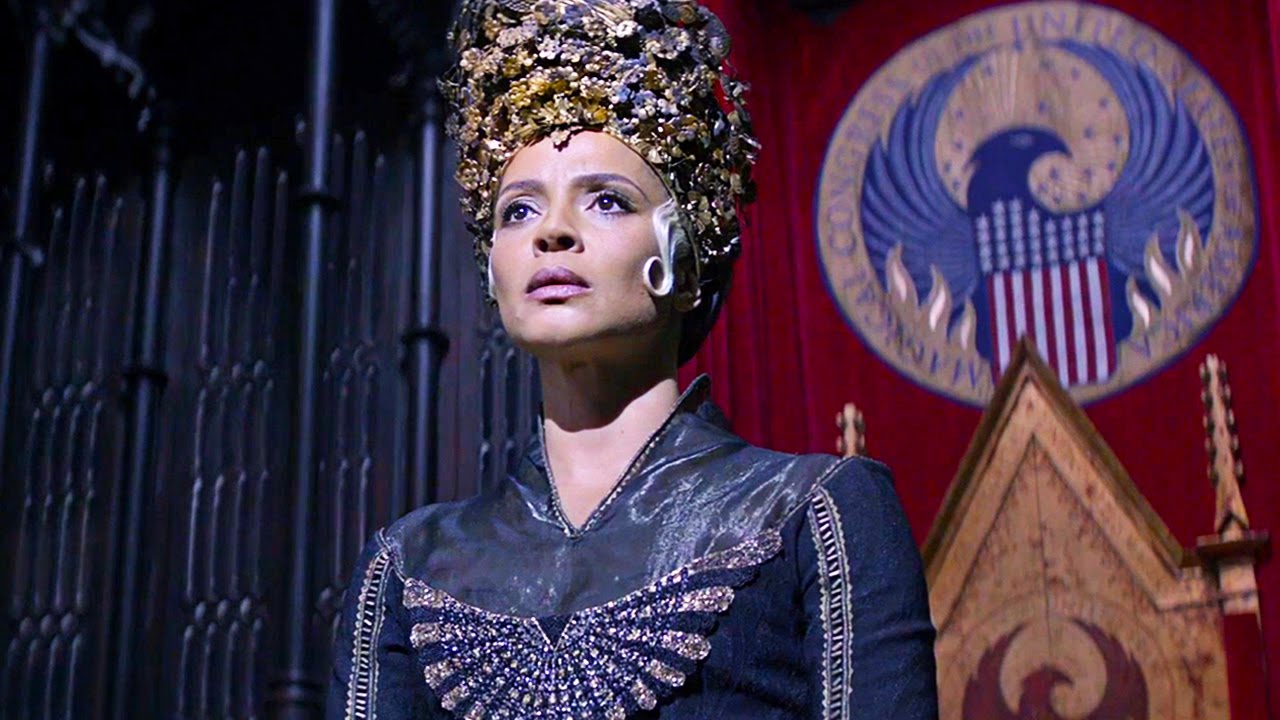 Carmen Ejogo as Seraphina Piquery in Fantastic Beasts and Where to Find Them (2016) from IMDb
Questions on both side achieve reach far beyond this. It'd be another example of representative tokenism on screen - just one gay person to keep people happy, even if it is Dumbledore. Similarly, Carmen Ejogo was the only main cast member of colour in the first film, even if she played Seraphina Picquery, the American equivalent of the Minster for Magic.

Rowling has a record of admitting her mistakes and regrets throughout the Harry Potter canon: having Ron and Hermione end up together being chief among them. Despite this, our trust in her and her directors was immutable leading up to the otherworldly Deathly Hallows. We could do the same, or we could cower behind our cloaks and watch mistakes continue to be made. 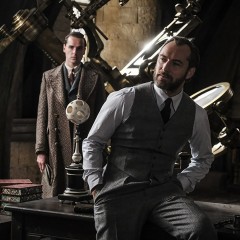 Should we stop sneaking around Dumbledore's sexuality?