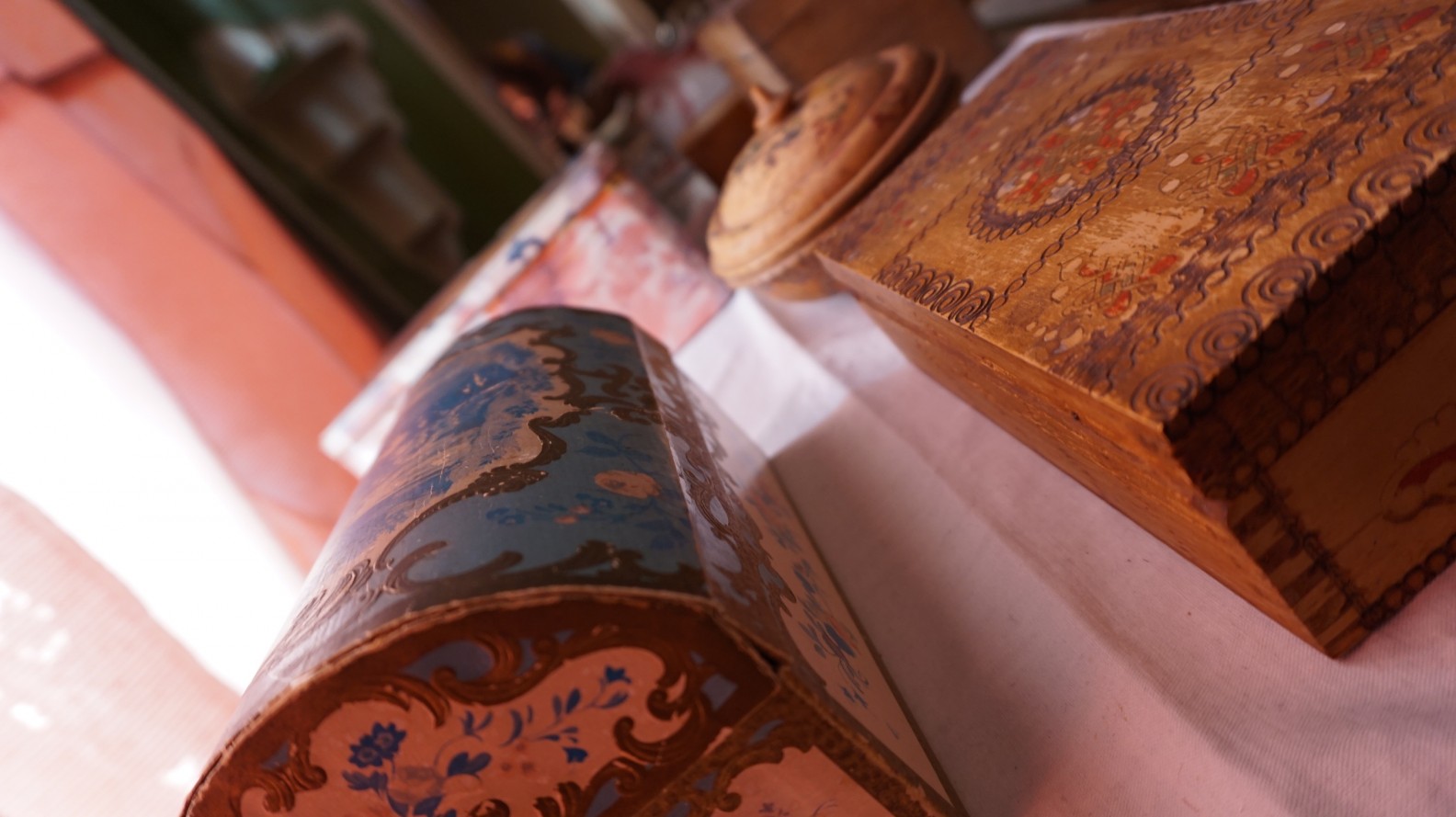 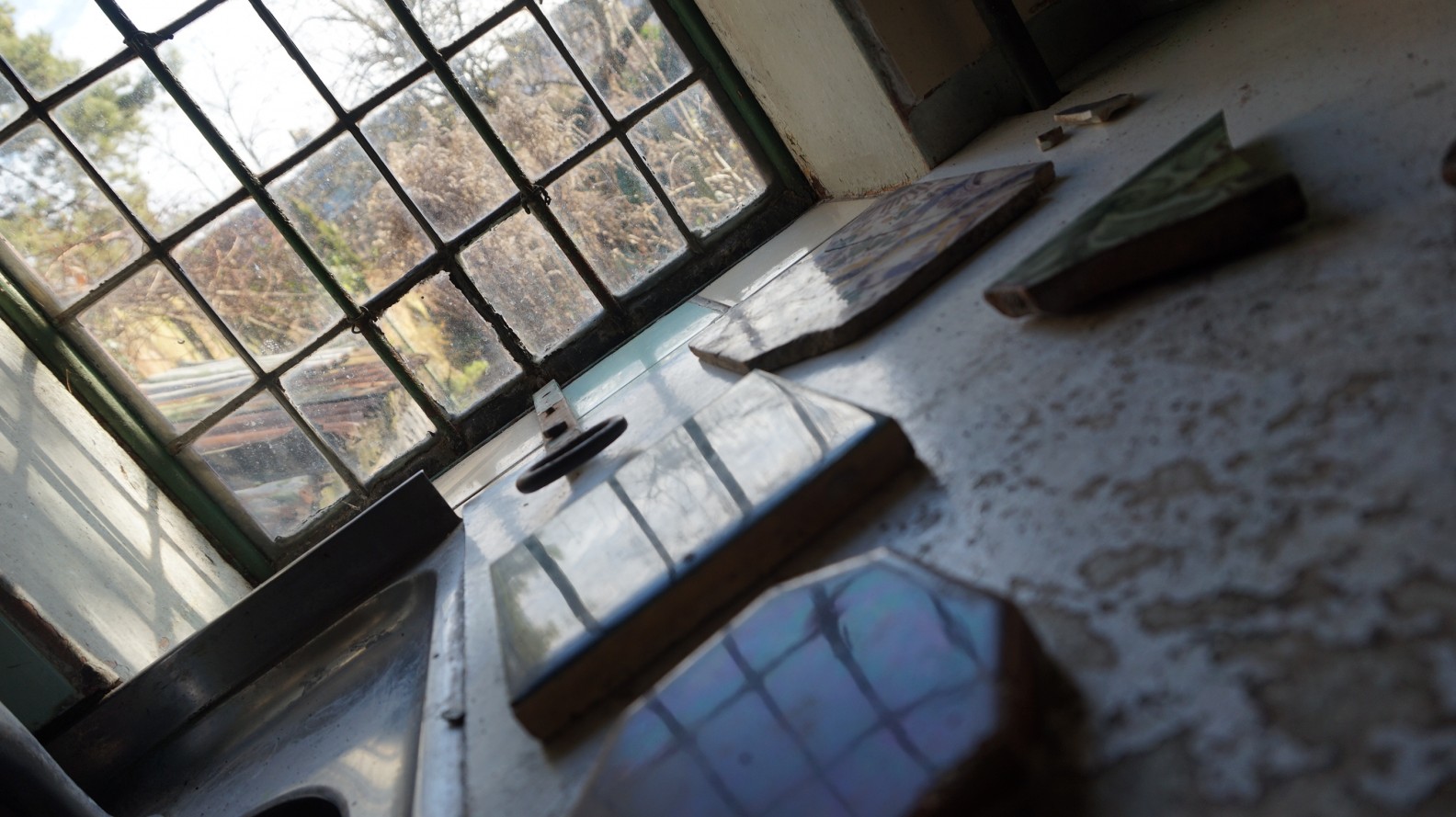 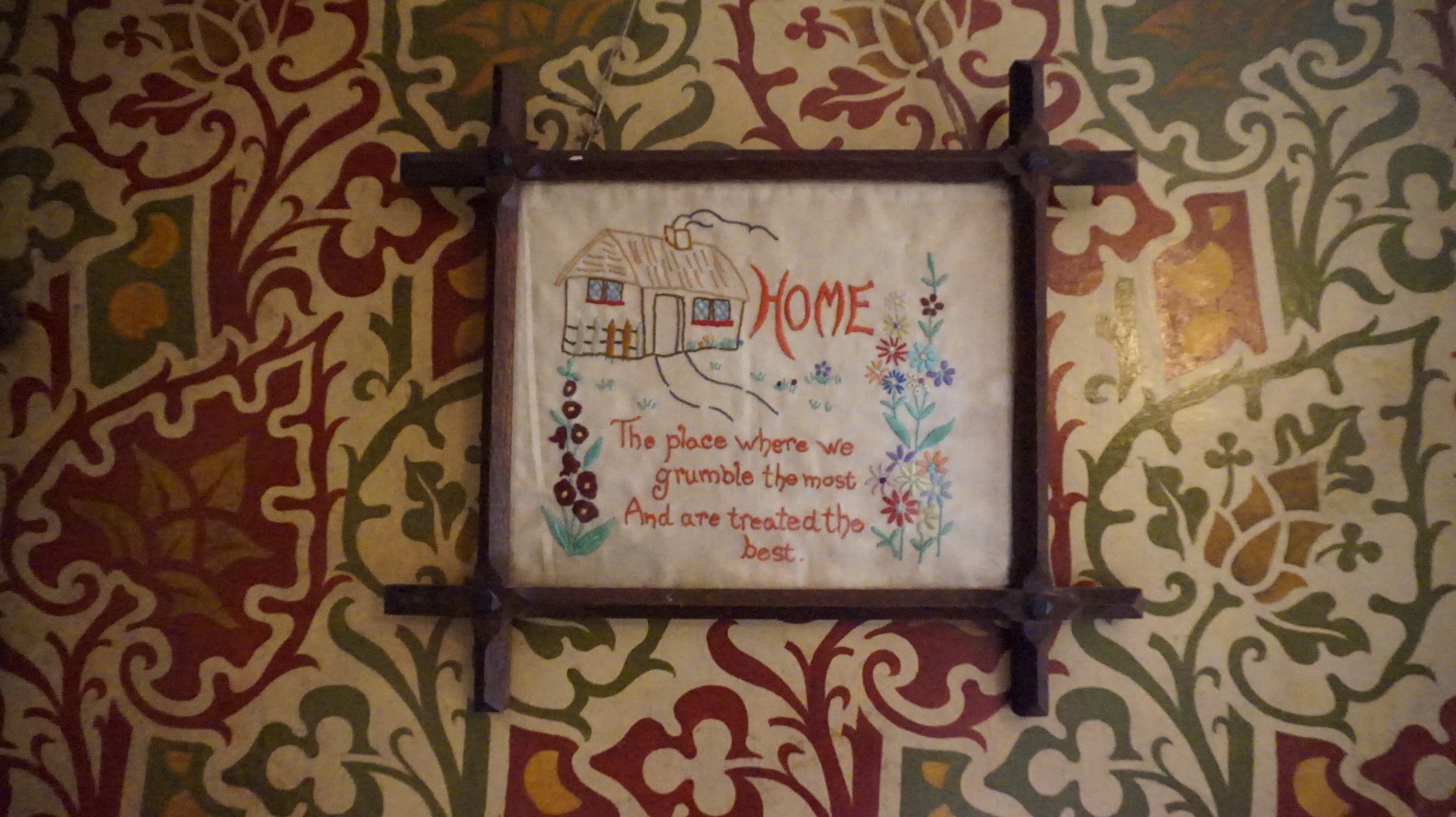 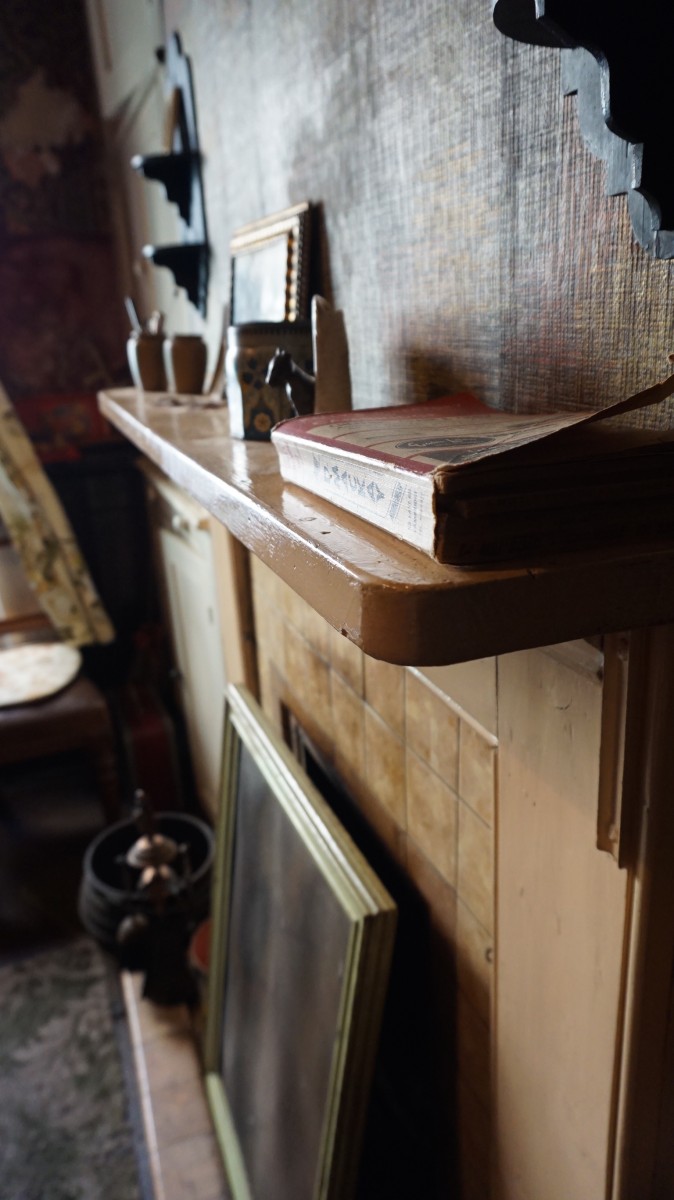 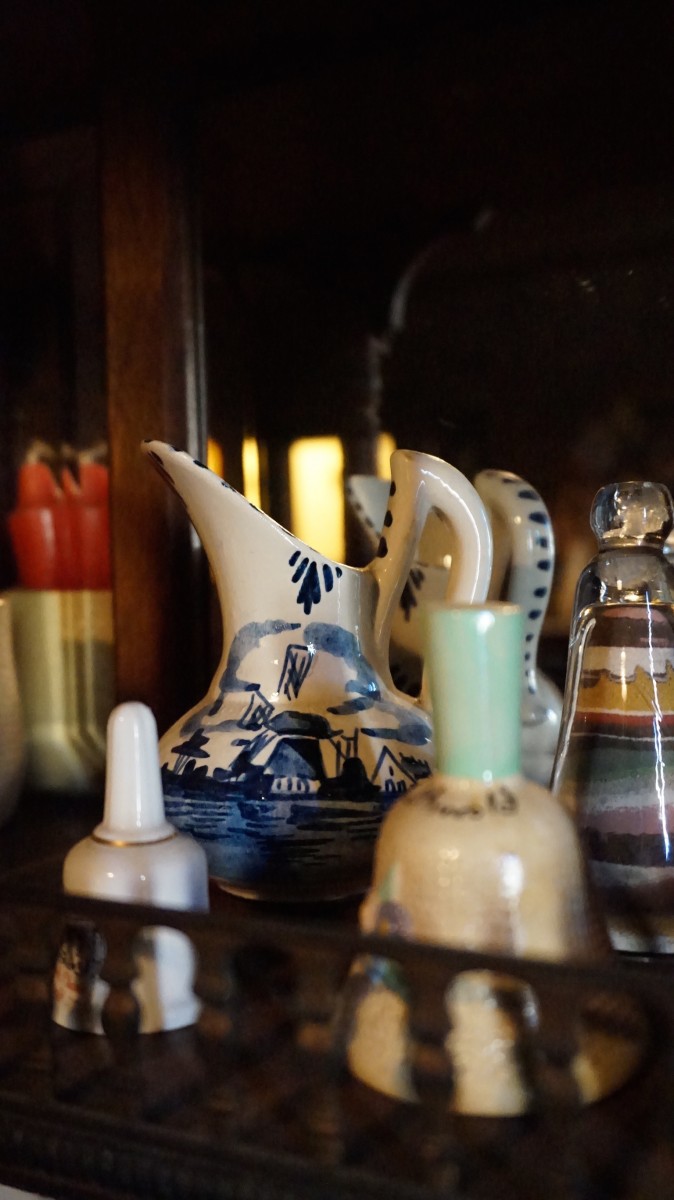 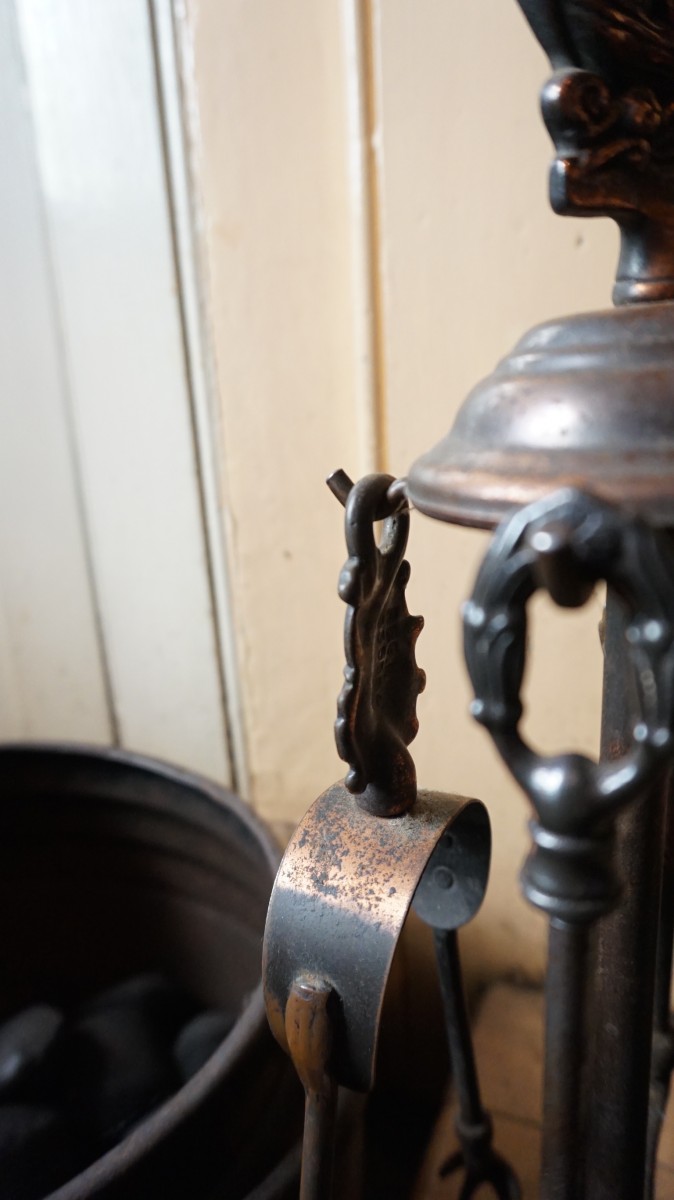 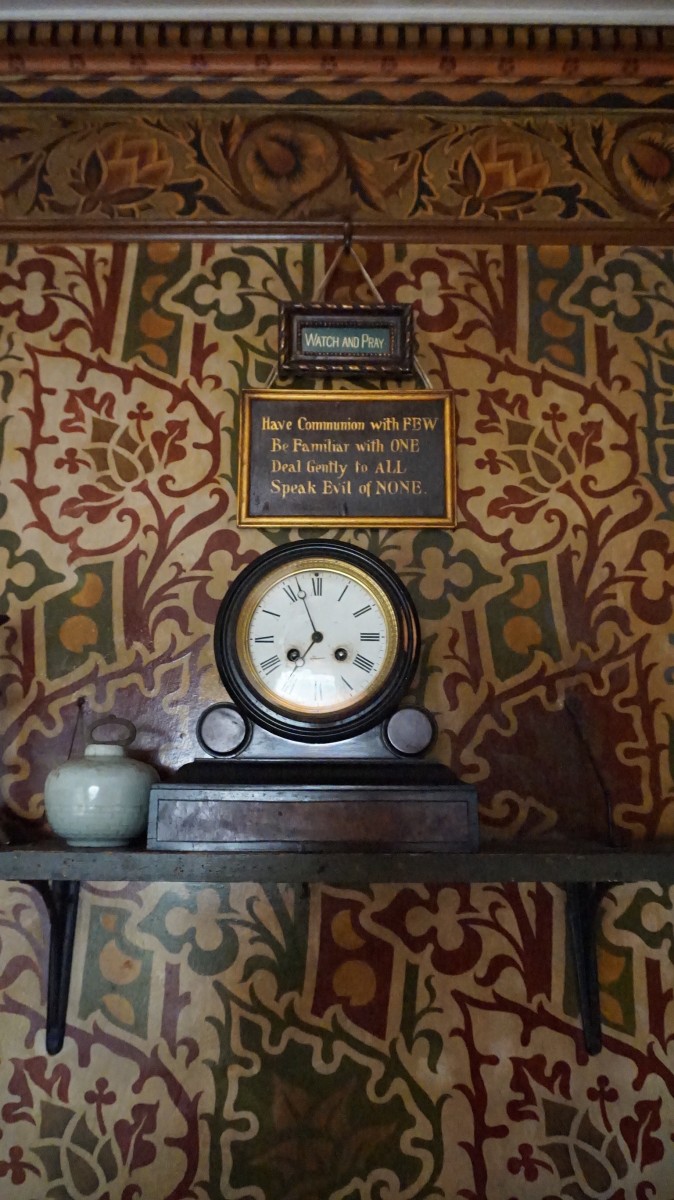 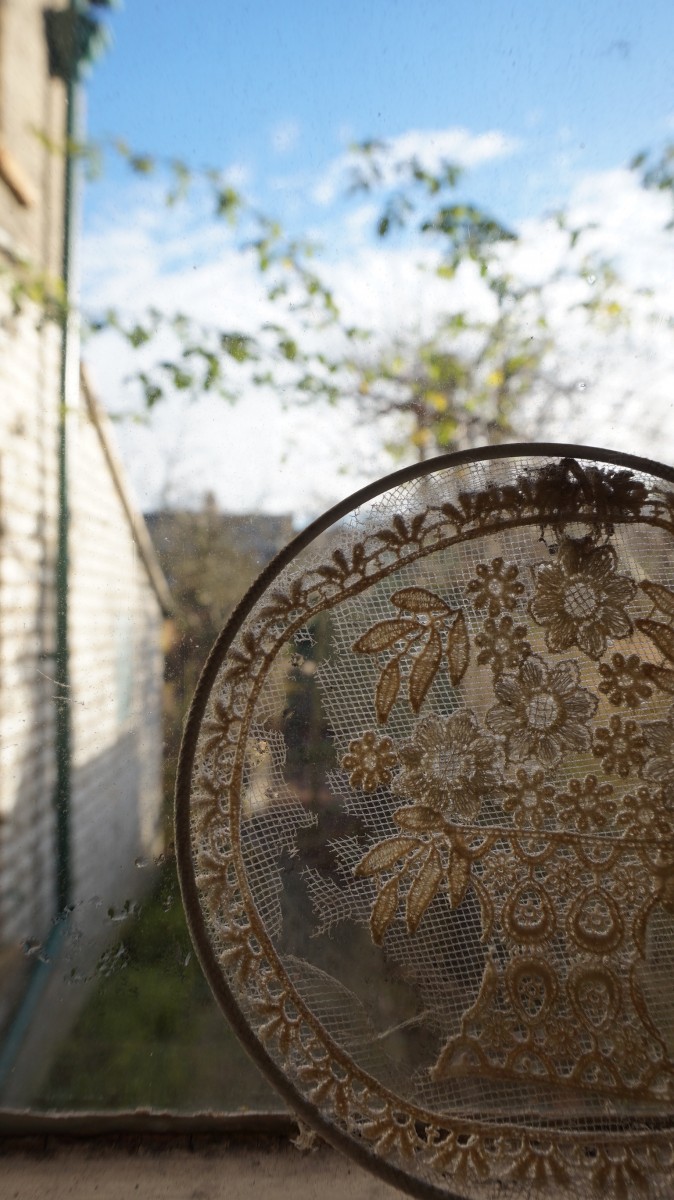 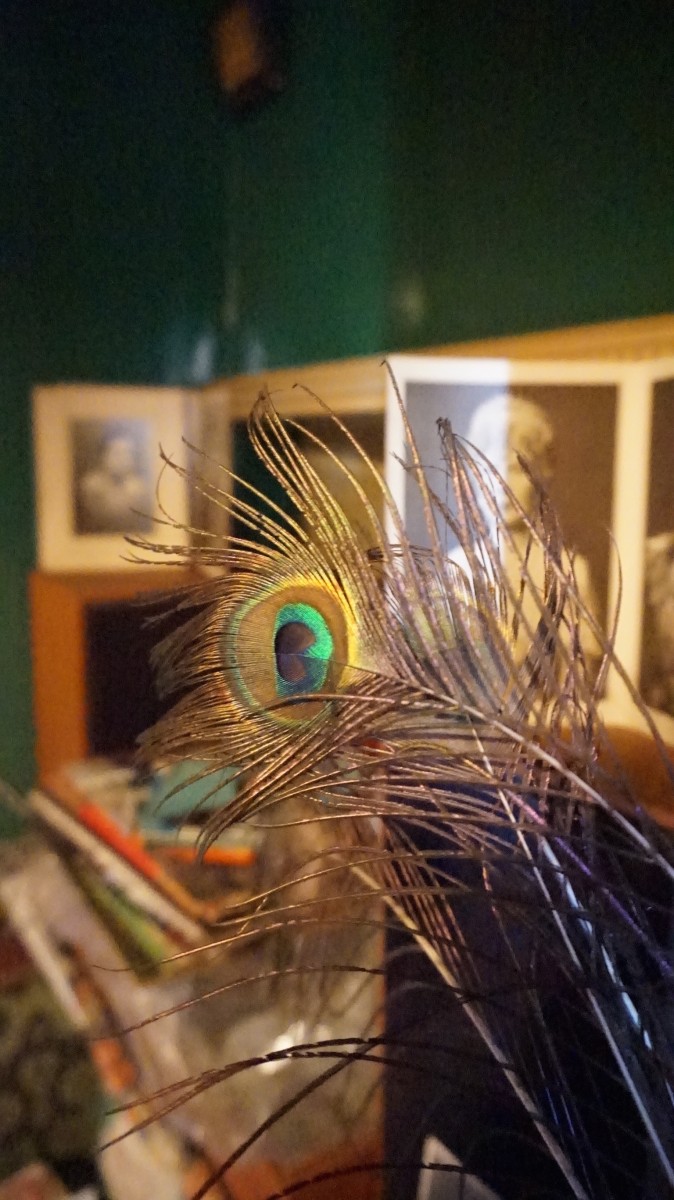 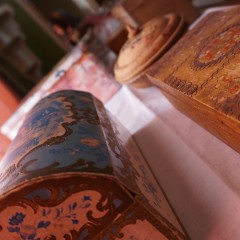 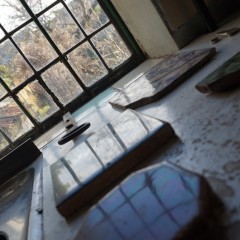 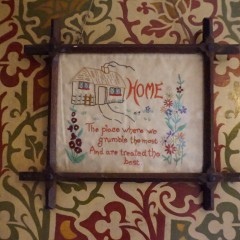 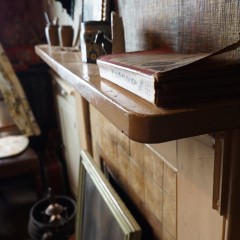 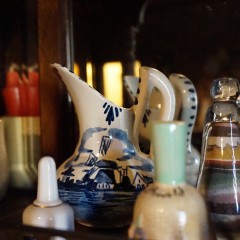 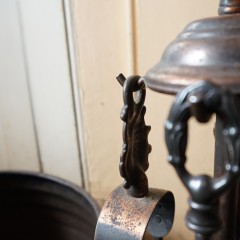 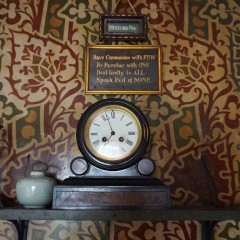 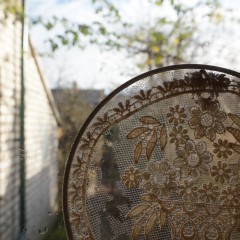 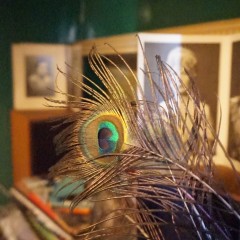 David Parr was an ordinary working man. What wasn't so ordinary, was his home environment. Artistically spread across the majority of the house's walls is his own intricately patterned paintwork, untouched from the Victorian era.

In 1927, his granddaughter, Elsie Palmer, moved into the house. She stayed there for 85 years.

The house is a time capsule of life from Edwardian times through the two World Wars and beyond.

Four years ago, the house was bought from the family by a Trust. Recently, the house was awarded over £600,000 from the Heritage Lottery Fund in order that the magical time capsule be preserved.

Tamsin Wimhurst, one of the Trustees, explained to me how the project will unfold.

How are you planning to interpret the history of the house?

As far as the interpretation goes, it's a really small house so we're limited as to the number of people who can come in. One thing I'm very keen about is that the interpretation doesn't get in the way of it being and feeling like a home. There's not going to be any panels on the walls, it's not like a museum; hopefully it will be quite a personal experience.

You will be led around in very small groups, so there will be some interpretation but there will be a film that we're making where you will be able to understand and see the techniques of how David Parr painted the walls.

As far as the interpretation is concerned outside of the house, we want to be able to take it to community groups, to schools and youth centres - whoever will have us. And in order to do that, one of the exciting things we're doing, is creating a museum on a bike! We're working with the Royal College of Art, whose students are going to design us a bike, and it's going to have some form of interpretation about the house on it.

But I can't tell you exactly what because it's a creative process, but we will be engaging with young people and taking it out. We hope that artists will be able to take it out and do creative activities with it, we hope it will go out to old people's homes and do reminiscence sessions. It will be used in a wide variety of ways.

We're also looking at doing guide books. Doing ordinary guidebooks but also working with students to create maybe a pop-up guidebook. We're just trying to be that much more creative and thoughtful, and once again engaging young people in the process.

How does the project plan to engage with young people?

We hope to engage with young people in various different ways, first of all through formal education. We're working with two local schools so that children from both primary and secondary education can become involved through their formal learning.

We also hope to engage young people in a whole lot of other creative ways. Thinking about homes and what homes mean to people, so there will be various projects looking at that. Also how people engage in creating their own spaces. It's not only about the artwork, which you can see on the walls, it's also about what the house can represent.

We'd definitely like young people to be involved as volunteers. We will need people to help us create exhibitions, to help us catalogue items in the house, to help in the garden, we'll be training them to deliver tours and help us carry out researching. So if you're interested in going to museums or history and art, there could be opportunities for you to maybe volunteer. This can be really helpful, for something to put on your CV and just to begin to know what you're interested in.

Will young people be involved in the restoration and conservation of the house?

There are certain areas of the house where the hand-printed walls needed repainting as they've been damaged by damp, so we lose what's there. We're going to repaint it. It's difficult for us to involve young people in that actual process as there's actually only one person in the country who's skilled enough to do it.

What we are doing is holding open days so people can come along and see the techniques being used. I'm unsure yet as to whether the restorer will be mixing her own paints, but that could be interesting. It's a great debate actually, whether we use the same old fashioned paints that David Parr used - he mixed his own colours - or whether we use modern paints. It's a difficult one because they all have their strengths and weaknesses. But we'll be having open days so you can come along and see.

How do you sum up the project in three words?

I think it's unique because there's nothing in the country quite like it. I think it's ordinary because it tells the story of a man who was a very ordinary; a normal working man who helped to build Cambridge and whose story you don't often hear about. His life on one level is extraordinary, and on another very ordinary. And it's still a wonder. I still walk in here and think this is absolutely wonderful. 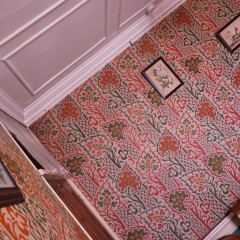