Voice MagBlogsLGBT art: What does…

In 1969, America, riots broke out in the Stonewall Club after an attempted police raid angered the visitors of the club, some of them already campaigning for gay rights, which sparked a rebellion and all hell broke loose – police cars were burnt, fires were lit, windows were broken, people were injured. What those people didn't know was that they had just marked the start of one of the greatest, largest and most influential human rights movements of the 20th and 21st Centuries.

Obviously, if it hadn't been for the Stonewall riots or the abolishment of the law that stated homosexuals should be punished prior, then we wouldn't have same-sex marriage; we wouldn't have a voice in parliament; gay men, lesbians and Trans people would still be considered deviants, and I would be living in a world that doesn't accept me. But here I am – alive and well (also single and available. Just saying.)

However, this doesn't include the struggle I felt coming to terms with my sexuality. Personally, like many others, I was in fear of judgement from friends, family and the general public when I first realised I was gay, aged 14. So growing up wasn't exactly a fun thing to experience. But, the first thing I did to help me cope was rock music. Yep – heavy amounts of rock, punk and extreme metal music. Technically, I was always fond of music when I was a child, but it was during my adolescence that I really started to choose what I listened to, depending on what went through my head at the time.

And, as a typical 14-year-old "social outcast", the first band I became obsessed with was a band called Black Veil Brides. For me, it was the self-empowering lyrics and 80's inspired glam metal guitar riffs that sucked me straight in. Then I moved on to Funeral for a Friend – now one of my personal favourites – due to their uniquely melodic and powerful post-hardcore sound. Next thing you know my taste becomes distinctively heavier, in a kind of hardcore-death-metal way, until it was time for me to come out of the closet.

At that point, I didn't realise people would just accept me straightaway. Here I was, struggling for almost 4 years with the fact that I liked men, and in a matter of 2 days everyone is just OK with it? You have no idea about the amount of weight that had been lifted of my shoulders.

Of course, I've never let go of my music, it's just grown and changed since then. And I hope one day to be a musician. Why can't I? Freddie Mercury did it, Elton John has done it, Lady Gaga has done it, David Bowie did it, and Placebo did it – the list of LGBT musicians go on. What is there to stop me now? I'm 19 years old now, in 2016; a gay boy like me back in the 1950s wouldn't have stood a chance against the homophobic society that ruled all over. Today I'm very grateful to be alive; if it hadn't been for the thousands of men and women who gave their lives up for our right to love whoever we want, and if it hadn't been for those artists who used their musical energy and intellect to change the minds of the people, then I'm not sure where I would be. 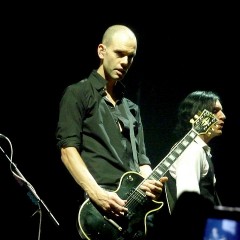 LGBT art: What does it mean for me?