Matt Hancock entering the I’m a Celebrity: Get Me Out of Here Jungle has caused massive controversy over the past couple of weeks. However, by ignoring the massive implications that attaching the word ‘celebrity’ to a politician lends itself to is a controversy much more insidious.

As soon as it was announced that Hancock would be joining the other celebs in ‘The Jungle’, people up and down the country had a considerable amount of outrage. Being the Minister for Health during the most cataclysmic pandemic of the 21st century is going to come with challenges.

Yet, Hancock didn’t exactly help himself during this time and a lot of his past scandals have been highlighted over the course of these past weeks. One of the main things that have been on everybody’s minds is the very public cheating scandal, that took place over lockdown, as well as the unjust use of taxpayer’s money to be spent on ineffective PPE.

A lot of people have seen his I’m A Celeb appearance as out of touch, unnecessary, and a mockery of the people he was meant to serve.

“Disgraced health secretary Matt Hancock has the blood of 1000s of people on his hands, lest we forget his management of the Covid pandemic. But sure...let's rehabilitate him, laugh as he's taught the Candy dance & get rid of Charlene White, the Black woman first. #imacelebrity”

However, there has been a certain amount of admiration and forgiveness for Matt Hancock, whilst some have viewed his character to be charming as he gets stuck into the challenges, forgetting the wrongdoings of his past, and are willing to move on.

This is the dilemma that we get when a politician enters a show like this one. The politician becomes a character.

Whilst it isn’t a new phenomenon, politics being a play of feeling, a demonstration of who cares most that often requires theatrical techniques to captivate and inspire an audience. This dance of political power often had a time and a place that would usually reside on news channels, broadsheet papers, and would sometimes then creep its way onto talk shows.

You might even see these politicians doing local charity visits, admiring local businesses, and pondering over the brilliance of the NHS as they wander through its corridors, all in perfect attempts to show their good nature. A side that we can all relate to because we’ve all visited local shops, we’ve all used the NHS and we can all sympathise with charity.

However, now we know how futile these PR-manufactured stunts are. You won’t ever see Boris Johnson use the NHS or shop in Tesco, and politicians may give to charity but whether they understand the cause is a very different idea.

So, now the display is set on a wider stage, and Matt Hancock going into the Jungle sets a precedent. The shift is now, not only to see them as good-natured but also as ‘’only human’’. This isn’t, inherently, a bad thing because we are all human. However, it’s easier to brush over the mistakes of someone we sympathise with. Mistakes in the hands of a politician, though, can lead to the loss of lives.

Yet when you attach celebrity status to a politician, this doesn’t just make us sympathise with them, but it further detaches them from reality. Fame isn’t a usual vantage point for the general public, so how can a politician represent the average person when they possess renown most of us can only dream of?

Two academics, who wrote a paper way back in 2002, have warned,

“If we don’t take back the celebrity politician system, citizens might well face a political contest between a basketball player versus a football player”.

You may think this seems a bit far-fetched but this has already happened in America when Herschel Junior Walker, an American NFL player, ran for office in Georgia as a Republican nominee, only losing by a fraction of a hair.

The blurring line between celebrity and politician only gets fuzzier and smaller. Social media is almost a catalyst for this too, with the rise of the influencer making an impact on political endeavors. As society puts more faith in celebrities, in turn, so does politics. When this happens we put our faith, not in what is right but in what is most popular.

So, what’s the solution? Should politics be left to Parliament or should the softness of a politician be laid bare for all? 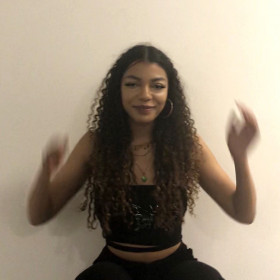