Halde is not new to the music scene, indeed she is the former singer and co-founder of the Montreal indie-pop group Groenland. The band experienced dazzling success in a short time: 3 million views on Youtube, more than 33,000 albums sold and concerts in Quebec and Europe. Far from that success, Sabrina decides to enjoy a break and takes time for herself after some challenging times in her life.

September 2022 marks the release of the singer's first solo album 'The Flow'. The title of the album speaks to us about taking concrete steps to slow down and make space in our lives to listen, reflect, integrate, heal, take care of ourselves and act with intention and love. The singer goes back to her love for indie pop, a little more electro, a little less orchestral, but still just as percussive, melodic, and catchy.

Sabrina invites us to follow her own introspective journey through the tracks that make up the album and that represent this period of healing.

The soft voice and full of emotion of the singer offer us a soothing moment while listening to the album and allow us to stop time around us while we listen. 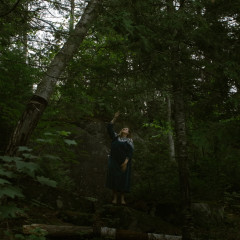 Canadian singer Halde invites us on an introspective musical journey 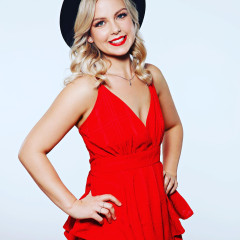