I found out about Just Stop Oil (JSO)’s soup protest on Van Gogh’s Sunflowers on Twitter, like how I find out about most of the news these days. The video circulating the platform shows two young people throwing soup at Van Gogh’s famous painting, housed in the National Gallery - but the important part is what they say next.

“What is worth more: art or life? Is it worth more than food? More than justice? Are you more concerned about the protection of a painting or the protection of our planet and people? The cost of living crisis is part of the cost of oil crisis, fuel is unaffordable to millions of cold, hungry families. They can’t even afford to heat a tin of soup.”

At this point, the empty tins of soup are waved questioningly at the camera.

People were quick to point out that the painting was protected by a sheet of glass. One of the two people who threw the soup even highlighted how this protection, alongside the notoriety of the artwork, led to the decision to target that particular painting.

“We’d never dream of damaging such a beautiful piece of art”.

JSO, like other climate and rights activist movements active in the UK at the moment such as Animal Rebellion and Extinction Rebellion, work by attracting attention through big stunts like these. Worth a watch is Owen Jones’ insightful interview with another JSO activist, who explains how the impact of the ‘Radical flank effect’ results in this act of activism. Despite gaining negative press, overall benefits the cause to the same effect other acts of activism might.

So much of the response to the soup ‘attack’ was to say “look, we get what you’re doing but you’re doing it wrong”. A lot of it was also huge levels of outrage, asking how anyone could dream of ‘ruining’ such an important and famous piece of art. But following the concept of the Radical flank effect, which worked well for XR in 2019, this is actually a pretty good way to engage people in climate awareness, specifically in this case in helping reduce fossil fuel reliance.

The art was not damaged, but the power of the protest is in the hypothetical of, what if it was? Would it be worth it for the attention brought to the deadly issue of fossil fuel production? Why are people outraged with a painting being ruined, but not the planet? There will be no art in a future where there are no people left to create or enjoy it if we allow our earth to be uninhabitable for humans. 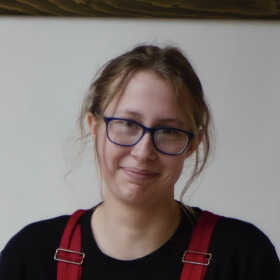 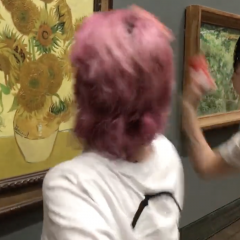 Just Stop Oil: “What is worth more: art or life”?