We have seen two prime ministers resign in just over three months and yet the public haven’t been able to vote for a replacement. We explain why.

The announcement by Liz Truss on 20 October that she will stand down as the prime minister of Great Britain marks the second resignation of a prime minister this year, following Boris Johnson’s forced departure in July. But rather than a general election to decide the new prime minister, the public will once again be frozen out of the process, which instead is expected to be made by Conservative MPs and party members. Although being expedited to take place over the course of a week, rather than the several months it took to elect Liz Truss, the process still perpetuates the image of a government in chaos, and continues to leave vital questions around the country’s economic policy unanswered.

So why are we not getting a general election?

First, a quick recap on how general elections work. It’s a common misconception, or perhaps a conflation, that your vote in a general election is for a prime minister. In fact, the country is split up into 650 areas called constituencies, and in general elections you vote for who you want to represent you as your constituency MP. These MPs are almost always members of a political party, such as Conservatives or Labour.

We have a voting system called first-past-the-post, which means that in each constituency, all the votes are counted and the candidate with the most votes wins. It’s simple, quick and effective, although not considered the most democratic as it disproportionately gives power to parties that have strong bases in a number of constituencies, rather than representing the actual voting population preferences.

So, once the votes are counted, and the MPs are decided, the party with the most MPs (called a parliamentary majority) are invited by the monarch to form a government, and the leader of that party becomes the prime minister.

As mentioned, people often view the general election as the chance to vote for a prime minister, perhaps as a result of the increased coverage of presidential elections in the United States. In reality, as a voter you are only voting for a single MP, with an understanding that the vote is an endorsement of a specific party leader.

However, once that election is over, the general public don’t get a say in who leads the country, and the resignation of a prime minister does not automatically trigger a general election.

So how do we get a general election?

The maximum term for a UK Parliament is five years from when it first convened. This means that, following the 2019 general election, Parliament could run until Tuesday 17 December 2024, at which point it will automatically dissolve. This is unless it has been dissolved sooner by King Charles III. Following the Dissolution and Calling of Parliament Bill (2022), an election can be called whenever a prime minister requests it from the monarch.

The only other way of triggering a general election is if a vote of no confidence attracts a simple majority in Parliament. That means that 326 MPs would need to vote in favour of the motion. In that instance Parliament would most likely be dissolved (which still requires the defeated prime minister to request it from the monarch).

However, just to throw a little spice into our constitutional make-up, there is actually a scenario where the King could refuse to dissolve Parliament.

Detailed under a convention called the Lascelles Principles, the King can refuse the prime minister’s request for an election if all the following conditions are met:

The likelihood of an election being denied by the King is very unlikely, given that it’s impossible to envisage a situation where those three conditions are met.

Should there be an election?

It is my opinion that Parliament should be dissolved and an election called. Despite not being a constitutional right, the environment we find ourselves in is a drastic departure from that of December 2019 when the Conservatives won their majority. Following Covid-19 and the party scandals, the ousting of Boris Johnson, the elevation of Liz Truss and the immediate collapse of the economy due to policies she pursued (which flew in the face of the manifesto Boris Johnson won his mandate on), and now the second change in prime minister in four months, it’s hard to see how any new leader can really be perceived as legitimate – even if constitutionally they are.

The mood of the nation is such that the Conservative party appear to have lost support of the electorate, and even its own MPs appear disillusioned at the prospect of another leadership election and another U-turn on already questionable policies. The electorate should be allowed to respond to the numerous crises we have been subjected to, and allowed to decide who we want to lead us through the ones still ongoing.

This speaks more widely to the inherent weaknesses of our constitution, that has relied to date on honour and morality to ensure good political conduct. As we have seen in the last few years, the moment those principles are abandoned the whole system can be hijacked.

So, buckle up, we likely still have another two years of this drama. 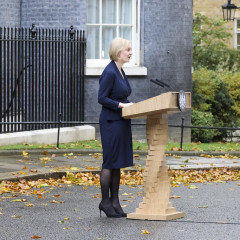 Why there hasn’t been a general election yet

We have seen two prime ministers resign in just over three months and yet the public haven’t been able to vote for a replacement. We explain why.