It's always easy to get lost in a good film, who doesn't love watching movies? But, what about to people behind the scenes. I caught up with the creator of Film Expo South, Gillian Tully to hear more.

What you do, and how long have you been doing it?

I'm an actress and CEO of FILM EXPO SOUTH. I was a late starter, and at 27 I decided to jump ship from the corporate 9-to-5, went back to college and took up waitressing in a casino from 9pm until 4am whilst studying Theatre Studies and Performing Arts at Southampton City College. I also worked as an Extra. Loved it, always knew I would. I've been out the business for a few years and have been itching to get back on the boards so I decided to make it happen.

What inspired you to put this event together?

Travelling back and forth to London for auditions about 3 to 4 times a week, sometimes for just a 2 minute audition was becoming quite expensive. As an actor, we can attend 100's of auditions before we land the role which can leave a huge hole in the bank balance.
I thought there's got to be more going on near home so I started networking (like mad) in Southampton, Bournemouth, Portsmouth, Winchester and surrounding areas, and like-minded creatives were coming out the woodworks. I also noticed how disjointed the filming groups were in the South, all doing their own thing and not enough collaboration. There is actually quite a lot of filming taking place around the area but we're not shouting out about it...and we should.

There's great talent along the South Coast in all fields of the business, lots of award winners in many different skillsets e.g. directors, editors, actresses, cameramen, the list goes on.

The more I networked and researched, the more I knew I was doing the right thing. I've been meeting small, local companies that work on major Hollywood Blockbusters, so we need to shout about our terrific services and suppliers for film in the area too. All along I felt this was the right thing to do, I love this whacky, weird and wonderful business and it was time for the sleepy south to wake up.

What has been the biggest challenge?

The biggest challenge for any event organiser has to be working on an event premier all year long and not really knowing how much take up you'll get for the event until the week before. It doesn't matter how much you believe that people will find your event interesting or however many people say they'd love to see an event in the area, many talk the talk, it's the last 2 to 4 weeks when the take up happens. This has certainly been a labour of love. The other one...not enough hours in the day and I've realised I wasn't born an octopus!

What can we expect from this event?

This event will give filmmakers the chance to network and collaborate with like-minded creatives within the surrounding area and further afield. It will also raise awareness to filmmakers of services in this area and the locations available for filming and raise awareness for local businesses of the local talented filmmakers and production companies within their neighbourhood.

What are you hoping to achieve with this event?

Hello World - the South Coast is open for filming! Working together, utilising the local talent and skillset, raising awareness to outside production companies of our pool of talent, locations and services.

Are there any special guests you can tell us about?

Everyone attending is special because they are helping to ensure this event is a huge success.

If you mean Special Guests as in Tip Top in the film game yes we have quite a few:

There's also Luke English of Laceys Solicitors in Bournemouth and Malcolm Walker, Director and Producer of Itasca Films. They've both been in the film business for years, know their stuff and have been behind me all the way.

I'll still be working right up to the end to get some more known names on board, not to speak, I don't think we can fit any more seminars in if we tried, but just to come along, enjoy, soak up the creativity in the room and be inspired.

What next after the expo?

I really could do with a holiday... 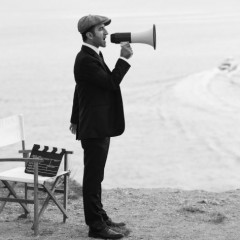 What goes on at...Film Expo South