Women who have made incalculable contributions to today's world have often been forgotten. In this article, we share a few stories to help appreciate them.

Despite recent progress to have women's heroic stories emerge from obscurity – for instance, with the publication of 2016 'Hidden Figures' – these narratives are not shared widely or frequently enough. Since awards such as the Nobel Peace Prize are not given posthumously either, some women will also never be able to share in the honour of their contributions to our world.

Below are five historical women who have been forgotten in spite of their contributions in technology, sport and education.

Although Mary Allen Wilkes is still alive, her contributions to coding are already forgotten. In 1961, Wilkes was assigned to a project involving the LINC in the U.S and spent most of her time writing software. She focussed on giving people access to make and edit documents in real time as part of her work involving the development of the LAP6.

After achieving a title as one of America's first Computer Programmers, Wilkes left the computing field and graduated from Harvard Law School. Her story teaches females to break boundaries and the glass ceilings in industries where they are made to feel they cannot.

Fatima al-Fihri inherited a large sum of inheritance money at the time of her father and husband’s death, and in 859 A.D. she decided to open a mosque in Fez – something she believed the muslim community were in urgent need of. The mosque also became the largest Arab university and preceded the introduction of European universities. According to the Guinness Book of World Records, al-Qarawiyyin is the oldest surviving institution operating as a continual degree-granting university.

With an architectural acumen, Fatima also personally supervised the construction of al-Qarwiyyin and used what resources she had frugally in lieu of revelling in a luxurious lifestyle; although such a lifestyle was not accessible to many women of her time, Fatima could have easily opted for one. For her selflessness, she was known as ‘mother of boys’, a name that stems ‘from her charity and the fact she took students under her wing.’

Since its inception, the university has seen its graduates go on to become astronomers, poets and mathematicians.

Around 2700-2640 B.C.E, the Chinese began making silk, but legend claims that this was all possible because of Xi Ling Shi (also known as Leizu), wife of the Yellow Emperor. The legend states that whilst in her garden one afternoon, a cocoon fell into her tea. When pulling it out, she found that it unwound into a long filament. Soon after, sericulture (silk farming) was introduced and methods were developed for producing silk thread and domesticating silkworms.

China kept the process a secret for 2000 years, putting them on the international trade map and giving them a monopoly on the rest of the world regarding silk fabric production.

Opening the doors for Black women in sport everywhere was Althea Gibson, who lives in the shadows of some of history's more ‘memorable’ names in tennis. Gibson has however, left an indelible impression on tennis player Serena Williams who said that ‘Althea Gibson paved the way for all women of color in sport.’ Gibson was the first black woman to compete at Wimbledon in 1951 and her triumphant milestones continued in 1957 and 1958 when she won singles titles at the U.S. Open and Wimbledon. Following her achievements, the Associated Press named her Athlete of the Year twice. In 1957, she graced the cover of Time Magazine and Sports Illustrated. At present, however, her achievements are often undiscussed and forgotten.

Also undiscussed is her completing the women’s 1960 golf tour. After this, Gibson became a professional golfer in 1963.

After hearing a story of how an elderly woman in India was swindled out of her land by her grandson, Cornelia Sorabji was determined to help women by studying law. Initially, she was denied a place at Oxford university, but was determined to secure one. She subsequently wrote letters to prominent organisations and received positive responses from many, including Florence Nightingale who petitioned for her to be allowed to study there.

Eventually, Sorabji attended Oxford in 1889 and went on to become the first woman in India to practice law. She campaigned for women’s rights to education, the abolition of child marriage and financial support for widows. 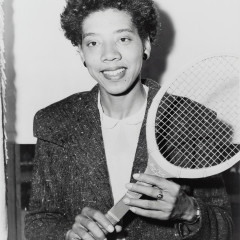 5 forgotten historical female figures who have contributed to our world

Women who have made incalculable contributions to today's world have often been forgotten. In this article, we share a few stories to help appreciate them.