Yibao Liang's submission to the Summer Showcase is a video portraying the virtual history of a planet, which shows a process from prosperity to destruction to rebirth.

My artwork is a virtual history of a planet, which shows a process from prosperity to destruction to rebirth. It records the Earth I created with many unique materials, and it was ruined and planted by me. A DIY fireproof material video and Cai Guoqiang, a pyrotechnic artist and my favourite, provoked my attempt to use fire to create artwork.

At the beginning of the idea, I only want to create an Earth and burn it to the dust to represent global warming directly, which leads the public to reflect on the global warming issues. After some imagination, I decided to raise the thinking dimension of my work. I want to create a cautionary tale, a virtual history of a planet. I plant the Earth into the soil with seed after it is destroyed, which means the destroyed planet will get a new life and new generation after the ruined. The connotation is that every civilisation is so weak and inadequate. Suppose it does not pay attention to protecting this planet during its development? In that case, it will usher in the devastating punishment of nature, and the existence of this civilisation would be erased. The civilisation is fleeting in the history of this planet, and the planet will mark and enter a new cycle.

Concerning the artwork, if the world knows that cautionary tale, I believe that people will be more respectful to the planet they live on and cherish the life we have. The difficulty I faced was the fireproof material making process. It is hard for me to control the proportion of the raw material. It can be perfectly attached to the fairy stick like a planet through constant stirring after dealing with it with a hairdryer and paper because I made it too diluted. After that, I also tried a way to test the fire resistance of this material to prove that it works. In addition, because the clay has been kept at home for too long, I needed highly complex processing to make it workable again, which was very troublesome. Nevertheless, I think it was worth it and the clay made the planet look more three-dimensional. The interweaving of clays of different colours can also create the feeling of various landforms. 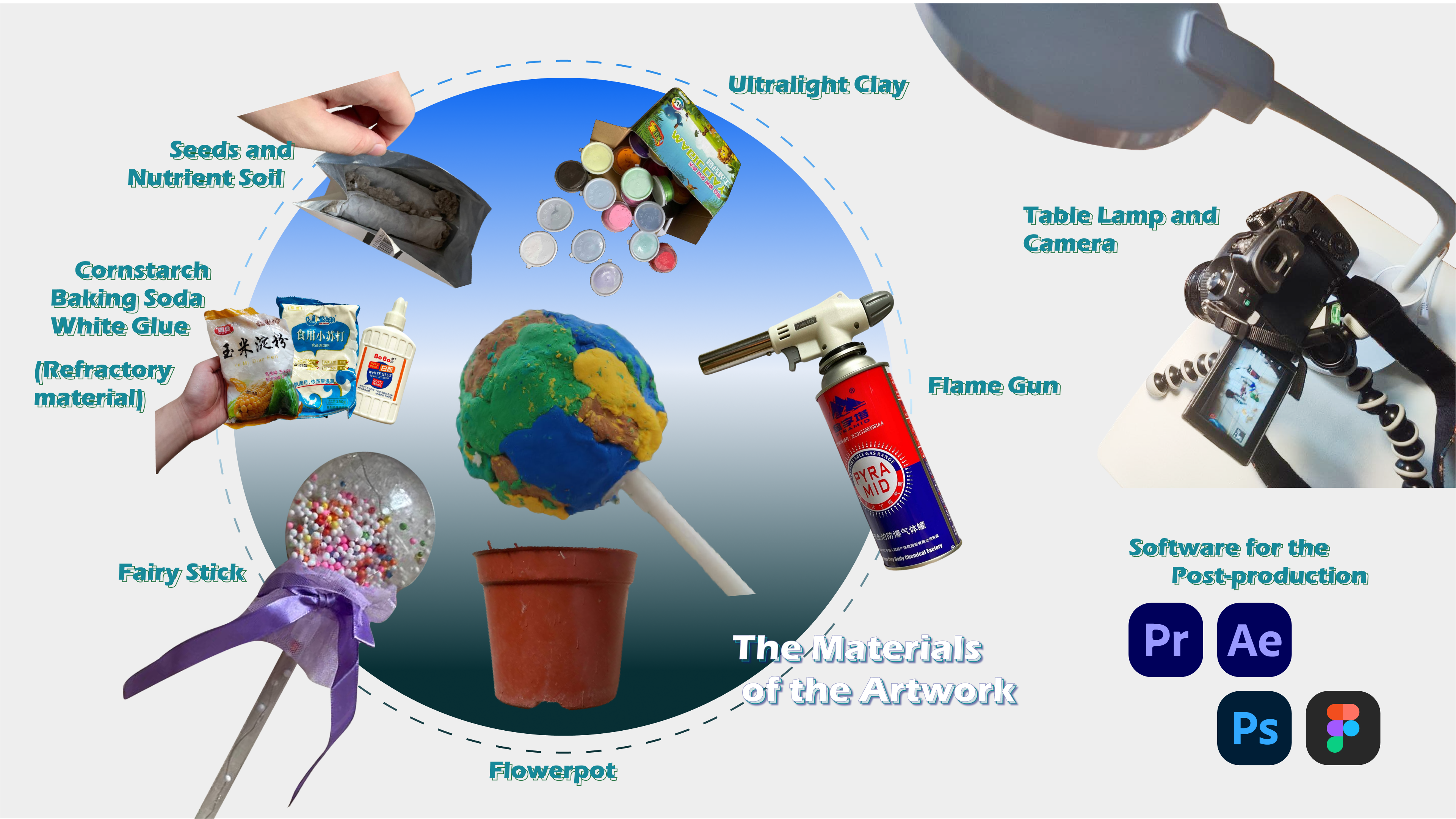 Besides that, it's my first time using a flame gun, and it's interesting for me to learn a new skill. In the video production part, I needed to search a lot of relevant video material to find the most suitable fragment, because I wanted to make it feel like time changes during unsustainable human development, and it costs time. By overcoming all the challenges, I am satisfied with this work, and it is definitely relevant and points directly to the climate crisis issues. The tools and material I used are also a new creative form and attempt, making me more creative in my future study. The topic of the artwork leads me to be more concerned about environment-friendly issues, and I believe that the citizens of Earth will take measures to improve the environment, and the Earth will finally recover.

You can find more of my work here:

My inspiration comes from a pyrotechnic artist named Cai Guo-Qiang, who is not only good at creating with pyrotechnics but can even paint with them. I hope that I can also create my art with a little bit of special material. Then I realized that fire was an element that I could try, and that it could also represent global climate change. Secondly, the video idea is from my own experience in the media field and I am very good at producing videos. I combined the work I created with some video clips about climate change to make a documentary-like short film.

About the physical part, there is a detail that I need to get a fireproof material to protect the seeds on my planet, so I have gone to YouTube to research and learn how to make the fireproof material. The proportion of each material is a little difficult to control. Secondly, the clay used to make this planet was left in my home for too long. I need to make it wet and dry again, this also took me a lot of time. When I was shooting the planet with a flamethrower, I couldn't take care of both shooting and burning it at the same time, which caused the video to be a little shaky, so I stabilized the video frame by frame in the post-production software. 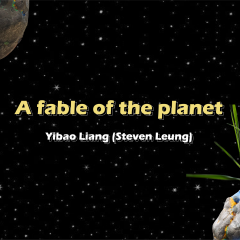 Summer Showcase: A Fable of the Planet

Yibao Liang's submission to the Summer Showcase is a video portraying the virtual history of a planet, which shows a process from prosperity to destruction to rebirth.