Elle Farrell-Kingsley's submission to the Summer Showcase is a dystopian cautionary tale, drawing upon the undeniable despair many feel regarding attitudes towards climate change. They channelled current affairs, mixed with scientists' predictions, to create this world, portraying how desperate times can lead to the darker side of the human psyche. 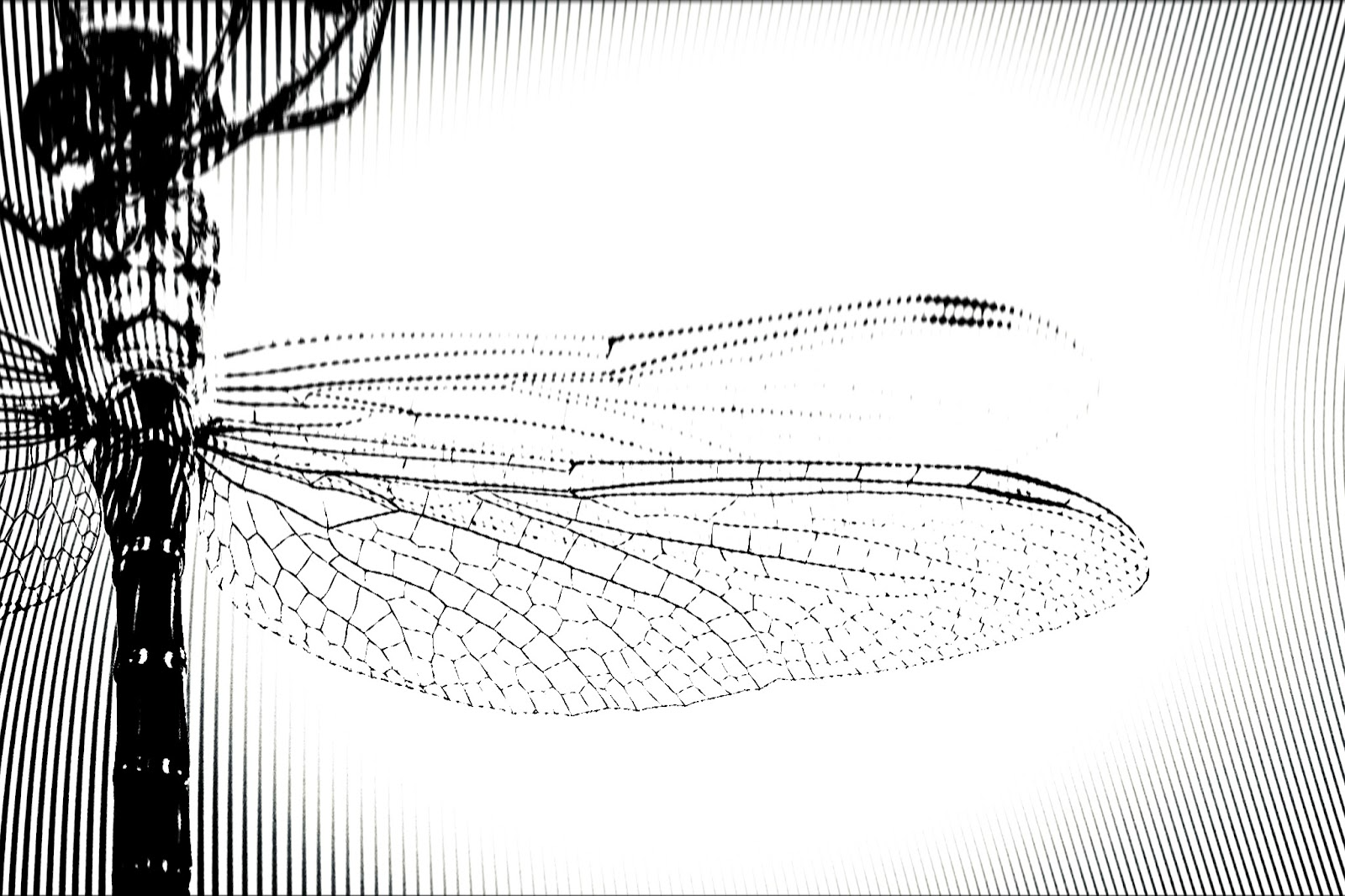 "Grandpa, tell us a story," said Lilly, sitting at the front of the shuttle. The old man went to pull out the twin's beloved, battered book from their bag.

"Alright, just 'till the next stop, okay?" Grandpa replied, his voice weathered and thin. He pondered, flicking through his carefully filed memories. Happy yet appropriate ones were scarce.

"My teacher said we should ask you about the old days. So we pass on the history," said Lilly.

"So, t'was the summer before the Days of Ex. I wanted to stay inside, if you could imagine such a thing."

"Haha yes, by choice! All the while, my cat Leo decided to bring me a present! Leo's meows could be heard all through the house, and I was alone. So I wandered outside to put a stop to the ruckus. Can you guess what it was?"

"Was it another cat?" guessed Miro.

"Close! I went outside, and Leo was hunting his prey. A bird!"

"What's a bird? How did the cat know it was there?"

"What does a bird sound like?" asked Lilly. Grandpa fused his brows together; he could never quite remember the animal syllabus these days.

"Well, my dear, they make this," he faltered, trying to envision the sound in his head. Was it high-pitched? Or melodic? Long? Short?

"I can't remember, but Leo wanted to eat the bird!"

"If cats eat birds, what did birds eat?" quizzed Miro.

"Worms! And insects. The early bird catches the worm, you know! They were the first to go. Gradually. Back in my day, there'd be swarms! But summer became hotter and hotter; we saw fewer and fewer," he said, fretting that this was supposed to be a positive story. "Then there were the butterflies. So exquisite. You'd have to mind the dragonflies, though, pesky beasts. Alluring, but they'd sting!"

"Wow, they could fly? Like the Space Barons?" said Miro.

"No, not with technology. They would just fly!"

"But how could dragonflies possibly just fly?" said Lilly.

"Grandpa, I told you to tell us a real story. We already know dragons aren't real," complained Miro.

"No! This is a dragonfly!" answered Grandpa.

"Well, if they're so real, how come I've never seen one? None of these videos show any!" demanded Lilly.

He stopped and considered the answer, looking at his grandchildren's wide eyes, surrounded by their sunken hollow cheeks and sickly sallow skin. He swallowed the dry lump in his throat, burying the bitter truth. Instead, he rapidly blinked to evaporate the tears whilst painting a withered smile. To cry was to waste precious water. Grandpa gazed out at the hive city that dwindled in the distance, awaiting the barren wastelands to come into view.

"Okay, you got me! Silly Grandpa making up stories. How about another story? Once upon a time, two children set off to defeat the—"

"I told you he would do this," sighed Miro.

"Only children believe in hope. And only foolish ones at that," scoffed Lilly. He looked at her, not even twelve years past the Earth's sun, yet so hardened. Tragically, the young lass wasn't wrong. Hope had put them all into this situation. These children were doomed before they were born.

He glanced at them with profound guilt festering in his gut, swallowing the selfish shame of hope and optimism that it would magically get better. The media exaggerated for a story he assured himself. They always did in those days—until suddenly they weren't.

There's nothing more stubborn than facts, and the truth was that his grandchildren would never grow old. Or perhaps they had already grown old, too soon. He thought back to the video games he played as a young lad, considering the prospect of dying and restarting to receive a better ending. Denial certainly, but denial for a reason. Denial meant survival.

Once again in his life, longer and luckier than most—he found himself conflicted between hope and gut-wrenching despair. Perhaps life was like a game. He could restart. Pick other options. Do things better this time around. But such hope that things would improve was costly. There was no reset.

The automated shuttle carrier came to a screeching halt as the children gathered their threadbare supplies.

"You know the drill?" checked Grandpa.

"Oh please, Grandpa, you'll have to catch up with us!" exclaimed Lilly.

"Miro, what do you do when you see an adult?"

"Ask them for help," said Miro.

"Then, I show them my water." They glanced at one another, knowing what would happen next. Miro's curious eyes lit up in anticipation for his first expedition.

"After that, two to three minutes will pass, and I'll come over, okay?" said Grandpa.

The air was thick. Suffocatingly so. As the woman staggered through the desert dunes, her thirst grew. Her sand-stained robes clung to her muscular body. She ran a hand through her jagged short hair, pushing back the sweat from the heat—she had to be close to the shuttle by now. Thirty years on this god-forsaken rock meant she understood her time was running out. At least she'd found these children. Guilt threatened to interfere, but she needed the puny boy's water—more than anything.

Polite but practically lacking pretence, the woman assured them she would get them help. Frankly, she was doing the filthy children a favour. They'd never stand a chance out here by themselves. Trust was for fools.

The bottle touched her lips as she told herself it would only be a sip. But the cooling liquid felt too good to stop. By the last drop, she abruptly collapsed to the sand; before the poisoned bottle even had a chance to clink.

Grandpa waded through the sand towards the children to gather their newly found supper. A fine catch, indeed.

Dystopian is my favourite genre, across all books, films, and games—so I couldn't miss out on this opportunity. Writing is therapeutic for me, and I find it effective to channel all my feelings, experiences and thoughts into writing works. Works such as Fahrenheit 451, BioShock, Brave New World, Black Mirror, 1984, We Happy Few, Dune, and Orwell the game are some of my favourite worlds. Being completely immersed in these adventures and experiences is something I feel only storytelling can truly achieve. Good storytelling fills me with creative energy to create my own.

Growing up, I spent many hours reading, aspiring to become a writer. As a teenager, this slowly stopped. Although I've since picked fictional writing back up, there are times when I stress over the lost years I could have been practicing my craft, which has been challenging.

Instead, and perhaps ironically, aspiring writers are often advised: 'write what you know', which means getting life experience for many people. Ultimately, that's what I've done, and that's where I feel I've developed my skills. I read a lot (arguably too much, this is why I need glasses). Going on adventures in imaginary worlds is something I love, but it also helps to study how different narratives work across different platforms. Fiction doesn't just have to mean a physical book. It can be a video game, an audiobook, a movie, a comic, or a TV show. Watching the world unfold and travelling has also helped me by introducing me to different people, cultures and ways of thinking, which I try to include.

I've also been working on my debut novel, a dystopian social commentary on social media, fame and technology gone wrong. It's a working progress, but it pushes me, which is where I've been developing my skills. Practice is the best way to learn. Voice's Summer Showcase has been a nice break away from my book, where completing the project isn't a two to three-year investment. Although not fiction, I would like to think that my experience as a technology journalist helps me practice and develop my writing ability. However, it can often feel like two different brain processes entirely!

Consume more stories! Develop life experience. Get to know all types of people and experience things you can really convert into your work.

I tend to live by the phrase 'what makes the more interesting story?'. I've definitely said yes to experiences I wouldn't have automatically thought 'yes' to. Some have been good, some have been bad, but it's good to experience all of them to develop well-rounded characters and experiences within the fiction. Things are never quite black and white, so learning the grey through real life can be beneficial. 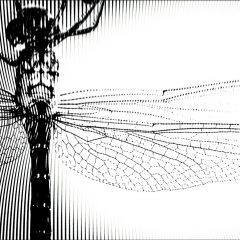 Summer Showcase: If it flies, it dies [Runner-up]

Elle Farrell-Kingsley's submission to the Summer Showcase is a dystopian cautionary tale, drawing upon the undeniable despair many feel regarding attitudes towards climate change. They channelled current affairs, mixed with scientists' predictions, to create this world, portraying how desperate times can lead to the darker side of the human psyche.