Proof of this has come from the recent Heritage Lottery Funded project, named by the young people themselves - How I See It. A film made by teenagers, about what they want in a museum visit.

During the summer of 2015 The Lightbox, River and Rowing Museum and Watts gallery opened their doors to young people with camera equipment. The young people became screenwriters, directors, camera people and editors. They designed the DVD - even down to the case itself - and all of this worked towards their Arts Award portfolios.

Once the DVD had been developed a youth-led premiere was hosted in the Watts Gallery and the DVD was distributed. Then change began to happen!

By listening to what the young people had said, museum staff decided how they would use this tool to welcome future young visitors. Here are some of the responses to the ideas that were generated:

I would like to get young people to evaluate our museum in a similar way.

The film has given me an insight into a particular demographic, and many of the suggestions could be implemented upon our gallery redevelopment.

It will make me more aware of the length of any audio/film clips we use.

There are some that I would like to try and take on board. I think they are applicable across age ranges and some can be easily implemented.

This change has been welcomed by the young people.

Kids in Museums is an independent charity dedicated to making museums open and welcoming to all families, in particular those who haven't visited before. With a dedicated Board of Trustees and an exciting range of events, partnerships and initiatives, Kids in Museums gives families visiting museums and galleries across Britain a dynamic and powerful voice. 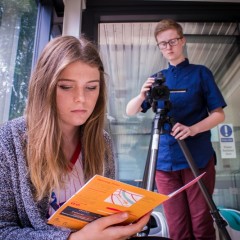 The impact of change from Kids in Museums