What is the manosphere?

The manosphere is a male dominated online community which actively promotes misogynistic views and anti-feminist rhetoric. The discussions and think pieces are often portrayed on various platforms such as YouTube, Reddit and Twitter. These viewpoints are generally from the perspective of straight men who feel women are to blame for much of society’s problems and express strong resentment towards them.

In recent years this centre of hateful content has been rapidly growing across mainstream media and is no longer an isolated space restricted to one platform. The reason for this rapid growth can be explained in many ways. Arguably, it is partly because each year more people expand their usage of various forms of media. Also, it’s no secret that a part of the growing usage of social media forums and platforms develops from the innate urge within most human beings to feel a sense of community. As a result, any person who feels isolated or perhaps even bored and happens to stumble across these posts can very easily be locked in once a sense of belonging and community is established.

Sociologist R.W Connel can help us to understand the reason for the rapid growth in this manosphere through the concept of ideal hegemonic masculinity. This term essentially explains how society and culture dominate the framework in which most people understand and perceive the world, in this case, it would be how men view women. Cultural hegemony generally reinforces ideals and beliefs into people without them feeling the need to question or think twice. R.W Connel combined the concept of hegemony with masculinity illustrating the idealised masculine features a man should have. For members of the manosphere, whenever there is an opposing view of this idealistic masculinity, such as a man that doesn’t use physical strength to intimidate a woman or one that fights for gender equality, then that man must be labelled a ‘beta’ male or a ‘simp’ for he doesn’t fit their criteria of true masculinity.

Fortunately, in the 21st century, many traditional views on masculinity have evolved and gender roles are not as rigid as they once were. Though patriarchy is still embedded within our society, women now more than ever have been able to gain a sense of empowerment and agency in the ways they feel comfortable with.As a result of this, many men who experience rejection from women, now feel a deep sense of resentment towards them and reject any notions of feminism being empowering.

How does this affect women today?

Due to the rapid rise of this attitude across all social media platforms we are now seeing research highlighting how impactful such beliefs can be on young people today. A 2020 Hope not hate report illustrated how the manosphere truly impacts young people’s beliefs on feminism. The report found one in five young men hold negative views about feminists and 50% believe feminism makes it harder for men to succeed. This men’s rights movement acts to reassert the male status in society at the expense of equality for others, and in doing so represents a very active threat to women. The spread of misogynistic attitudes towards women's quest for equal rights can easily transfer into violent and harmful acts.

It’s important to acknowledge this isn't an issue only affecting women. It affects everyone, and we should all feel the importance of speaking out when you see or hear this type of rhetoric being enforced – even if it means perhaps reassessing your views or subconscious biases.Furthermore, calling out social media companies who allow or promote harassment on their platforms can also be effective. After all, it is social media doing a lot of the heavy lifting in recruiting members for these online communities. The lines for censorship can sometimes be blurry and there might not be a perfect answer but waiting until it’s too late should never be an option. 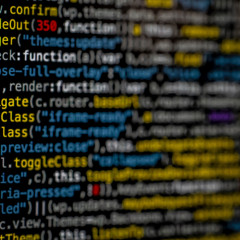