Voice MagBlogsWhy are we forgettin…

The Chris Pincher scandal may have brought Boris Johnson down, but the rotten sleaze at the core of Parliament has been forgotten in the process.

The raft of sexual assault allegations levied against MP’s across political parties has been overshadowed by the resignation of Boris Johnson, and the chaos the government finds itself in. And while it was the former PM’s knowledge of Chris Pincher’s sexual misconduct that supposedly led senior cabinet ministers to lose confidence in the ‘integrity’ of Johnson, in the news the survivors of Pincher’s harassment have been dwarfed by the larger political implications, and the topic of sexual assault in Parliament has not been given sufficient attention.

Pincher is not an isolated incident. Briefly gazing over a Guardian article shows 14 allegations of sexual assault committed by MP’s in recent years! Not only was it disturbing to see an endless list of names and their alleged offences, but it was also infuriating that there has not been a thorough enquiry into what is clearly an unsafe workplace. There is a concerning normalisation of sexual assault in Parliament that can only translate into an inability to tackle sexual assault and violence in policy, impacting the lives of the public as well as government employees.

This article aims to shine a light on multiple incidents of sexual assault within Parliament and how disturbingly embedded it is within its culture. Alongside this I will explain the aftermath of these actions on sexual assault survivors, and why normalising this behaviour is detrimental to their lives.

Take the most recent example, Chris Pincher. Firstly, he has been shrouded by allegations of sexual misconduct since 2001! Yet, he has still managed to hold onto a political career for the past two decades, culminating in his appointment as the Deputy Chief Whip in February 2022. During his appointment an MP informed the whip office that Pincher had made a pass at him, whilst other MP’s expressed concern over his conduct in general. In June he was accused of groping two men at a Carlton Club event, prompting his resignation. Johnson, however, refused to suspend him from the party stating the matter was closed.

The former Prime Minister was supposedly unaware of the allegations against Pincher when he appointed him. However, after four more allegations were made Johnson admitted he did possess knowledge at the time. Johnson allegedly commented regarding the allegations:

If this statement is true, it is not only a disgraceful joke about an incredibly serious violation, but also a sickening indication that sexual assault is considered funny in Parliament. Similarly, news outlets have used this quote not as an example of how horrendous attitudes towards sexual assault have become, but rather as a means to drag Johnson further through the mud. Of course Johnson should be called out for these comments, but the damage Pincher’s actions have had on people’s lives should not be ignored to the extent that it has.

Unions have found that political parties cannot be trusted to deal with the actions of their MP’s, and that Parliament needs serious reform in how it deals with cases of sexual misconduct. This has led to their conclusion that Parliament is an unsafe workplace.

The variety of cases of sexual assault in Parliament are further evidence of this. Rather than lingering on the names and actions of perpetrators, I will exemplify the lack of severity in which their cases have been handled. One example is Rob Roberts, former Conservative MP. An independent investigation found that he had sexually harassed a junior member of staff. After being suspended for 12 weeks, he continues to sit in Parliament as an independent MP.

Now consider the survivor of his harassment. Experiencing sexual harassment affects health, money and relationships, both long term and short term. Roberts continues to work and operate within Parliament, yet the junior member of staff will still be dealing with the lasting effects of his harassment, potentially being confronted by him in their workplace.

That’s if they haven’t left their position, a reality for most who have experienced sexual harassment. A BBC article that examines the impact of sexual harassment in the workplace, surmises that survivors are often effected the worst. People who report harassment are at risk of ostracism from their colleagues or being fired themselves. Frighteningly, those who experience it are more likely to leave their job than the one who committed the harassment!

Politics is a hierarchical industry in which junior workers, such as the one harassed by Roberts, depend on the mentorship and supervision of figures such as himself. Making a complaint against a superior comes with its own risks. The easier option is to leave rather than face scrutiny and disbelief. In the long term leaving this position, especially if you are a woman, translates into a loss in earnings.

The WCSAP (Washington Coalition of Sexual Assault Programs) has found a “link between harassment in a woman’s late 20s, and financial insecurity due to job change in her early 30s.” They further explain that “gaps in employment and poor references mean many people who leave work following sexual harassment have to find work at a lower level of pay and responsibility.”

Financially this puts survivors of sexual harassment in a precarious position, not just after the incident but for most of their working lives.

Yet, Parliament culture seems to give little consideration towards these consequences, from Johnson’s jokes to Roberts still serving as an MP. This is further evident from the behaviour of MP Neil Parish who sat watching pornography on his phone in the Commons.

Right before a vote.

Parish has since resigned, but his comments on the incident are so blasé it's as if he cannot comprehend his wrongdoing. Two female colleagues spotted him, but he maintains that his intention was not to intimidate women. Which is exactly the issue!

The focus has been on how Pincher’s actions have impacted Boris Johnson’s career, which with his profile is understandable. But that shouldn’t mean that those who were assaulted are ignored. They will continue to feel the impact of Pincher, Parish, Roberts, and the many others who have allegedly committed these acts. They may develop anxiety. Depression. Experience panic attacks, sleep disturbances, paranoia, relationship difficulties. They may withdraw themselves from their friends and family. They may lose their jobs and spiral into debt.

Yet, there is no great upheaval. This toxic culture remains despite unions outlining Parliament as a dysfunctional workplace. If this is the precedent, the place laws and policies are formed, it is no wonder people up and down the country in a variety of workplaces, are experiencing exactly the same issues. People who have experienced trauma are thrown onto antidepressants and CBT, which can make matters worse. Sexual assault charity waiting lists are years long for counselling because there is little funding to help people recover from their trauma.

The instability of the current government means issues that should be receiving attention are not. One of the most pressing is the culture of sexual assault in Parliament. As always, however, a majority of politicians are content with playing political games instead of considering the issues needed solving – a clear indication of just how broken the system is. 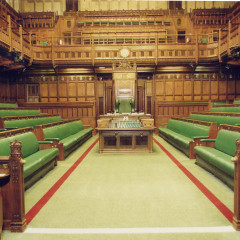 Why are we forgetting about the culture of sexual misconduct ingrained in Parliament?

The Chris Pincher scandal may have brought Boris Johnson down, but the rotten sleaze at the core of Parliament has been forgotten in the process.