Stories are finally being considered from the female perspective.

Feminist retellings have made their debut, taking popular stories and sharing the untold tales of the women in them, spanning books, films, and the theatre. They all follow the idea of “what if”, changing the narrative in one big way. Here are my top five.

What if Ophelia wasn’t crazy?

Daisy Ridley stars in this film as the character of Ophelia. In Shakespeare’s play, she is a lovesick minor character whose story ends in madness and death. She falls into the typical trope of a driven-mad-with-love woman. This film considers the possibility that there is more to her story. We watch Ophelia as a child, seeing not only her connection with Hamlet grow, but also her wild spirit. She does not fit in the society of Shakespeare’s creation, spending her time discovering secret plots and befriending vengeful women. In the end, Ophelia survives faking her death to live in peace outside of the patriarchal and violent society. This film is dark and moody but also empowering in a bittersweet way.

What if Juliet doesn’t die at the end?

There seems to be a trend in reviving Shakespeare’s female characters who were killed off after being given very minimal character development.

This fun pop-musical theatre show has got it all. It’s feminist, funny and full of pop anthems from the 2000's. Juliet’s ending is rewritten, as the end of Shakespeare’s play turns into her new beginning. She embarks on a coming-of-age story, taking a road trip to Paris, finding new relationships, and becoming her own person. To make things even better, the play is narrated by Shakespeare himself, with his wife Anne Hathaway steering and rewriting the play in Juliet’s favour. It truly is a “girl power” moment.

Pride and Prejudice (sort of)

What if outsiders watched high society play their marriage games?

This play is acted entirely by female actresses. Six women play the roles of the main characters, alongside the roles of the servants - and this time, the servants who are the main characters. Pride and Prejudice is retold in a more contemporary setting, as the novel is seen through the eyes of watchful servants. It is both funny and feminist, as they offer comments on gender roles and class distinctions whilst bursting into karaoke songs and humorous dancing. This play is a refreshing and entertaining take on one of the classics.

2018 novel, retelling of the myth of Circe

What if Circe is more than her magic?

This beautiful story depicts the tragic and powerful story of Circe. She is taken from her minor role in the tales of Odysseus and transplanted into her own world, given a background, childhood, and a life of her own. Circe, a young girl enduring tragedy and heartbreak, turns to witchcraft and is banished for her vast displays of power. As a powerful woman, Circe is met with dangers from Gods, monsters, and humans alike, all while discovering who she truly is. If you’re looking for an emotional read, this one's for you.

What if Wendy was haunted by Neverland?

Hidden behind the whimsical tale of Peter Pan is a much darker truth - the truth of what happened to Wendy Darling. This feminist and gothic retelling examines the life of Wendy after her trip to Neverland. Tragedy and bittersweet longings fill the pages as Wendy is tormented by the world she left behind - the world that nobody believes in but her. Wendy’s daughter is then taken by Peter Pan, thrusting Wendy back into Neverland, but this time as an adult. She now sees the magical land as a horrific fantasy and the adventurous boy as a monstrous tormentor. This beautifully written novel considers the woman left behind and the illusion of eternal youth and perfection. 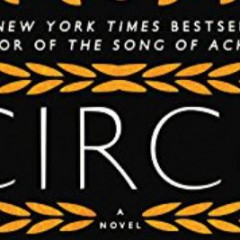 Stories are finally being considered from the female perspective.