The significance of buying an album for the first time is totally undeniable. Whether you look back and cringe or give props to the choices of your younger self, there will always be a special bond with the music that soundtracked your formative years. For World Music Day 2022, the team here at Voice are sharing the first album that they bought and what it means to them.

Viva La Vida or Death and All His Friends

Whilst Coldplay have become incredibly easy to poke fun at, regardless of your opinion on their music, I think I stand by my 2008-self with this purchase. Having already owned a collection of CDs that were handed down to me from my parents, the decision to purchase this album was more inspired by my copy of X&Y as it was by the infinite radio play that Viva La Vida (the single) had at the time. I still think that Cemeteries of London and Strawberry Swing are absolutely great tunes, and whilst I don’t particularly reach for it often, I’m grateful for it being a part of my journey to evolve my music taste into what it is today. It could have been much worse.

Eminem was at the height of his popularity when I was a kid, and I’d imagine this is a very common “first album.” I was probably far too young to be listening to it when I did, but I had it on repeat when I was around 10 years old. Slightly questionable for someone so young to be listening to songs like Kill You, but I think I turned out okay! While I don’t listen to Eminem at all anymore, discovering his music as a kid sparked a love of hip hop that I still have today. If it wasn’t for The Marshall Mathers LP, who knows if I’d have grown to love artists like Outkast, Mos Def, or Wu-Tang Clan in the same way I do now.

In Case You Didn't Know

Not the coolest choice for someone who is supposedly a lover of indie music these days but the catchy sounds of an X-Factor prodigy just didn't pass me by. Whilst Above The Noise by McFly could well have been the first album I bought, for some reason popping down to HMV and grabbing In Case You Didn't Know off the shelf is my most vivid memory, even down to the cover. Whether it was dancing to Oh My Goodness or sitting with my sister listening to Dance With Me Tonight, I'll always have fond memories of that CD regardless of whether it's considered cheesy or not.

Now That’s What I Call Music 74

Released when N-Dubz were at the height of their fame this album has some 00s pop classics and was the first CD I ever owned. Highlights include the nation’s sweetheart Cheryl Cole, Fight for this Love, Paparazzi by Lady Gaga and Whatcha Say by none other than Jasoooon Daruloooo. Amongst these icons are names and faces I have never seen since this album. Esmee Denters? Little Boots? Agnes? Sorry hun don’t know what you’re doing now but I hope you’re doing well.  We can’t all endure like the sweet sweet melodies of JLS, however, whose beautiful lyricism “If I died, yeah would you come to my funeral? Would you cry?” rightfully earned its spot on this top hits album. I probably wouldn’t want to listen to this album now but a song that still bangs is Holiday by Dizzee Rascal. One of the low points of Now 74  is Sexy Bitch which was a bit much for me when I was little, and now quite frankly a little sexist! All in all this album has far too many sexual references for childhood me, and my parents should have bought me something more age appropriate. Like the Wiggles or something?

Arguably one of his most popular albums, The College Dropout, like many others, was the first album I bought. The mid-2000s - early-2010’s in my opinion saw some of Kanye’s best work and this album really showcased his musical talent. Despite owning other albums before this that were gifts from family members, this was the first I bought for myself. I grew up listening to my immediate family’s taste in music which included a lot of rap and RnB, and my oldest sister would always have All Falls Down on when she would pick me up from school. My personal favourites on the album are Family Business and Through the Wire..

Not only was this the first album I bought but also the first album I listened to constantly; and can you blame me? “Love Story” is a classic. I tend to strike people as someone who listens to Taylor Swift, and those people would be very right because this album is the one that made me a Swifite. I remember very vividly that I bought this right before I had an MRI, and they let me play it in the machine, while I was having the scan to distract me from the fact that I had to lie completely still for 45 minutes. While the music I listen to now has definitely diversified, Taylor is still my most listened to Spotify artist, and we can all thank Fearless for that.

It’s hardly reflective of my music tastes today (or even really back then) but I was suckered in by the flashy music video for ‘Movies’ being played on Fox Kids – hey, it was 2001 and I was 7, don’t judge me. After much persuading I was allowed to go off the CD section of Woolworths on my own to find the album, and was then impatient to get home to listen to Alien Ant Farm in all their glory. Taking my dad’s Jeep portable boombox (yes, that is a tape deck on it) to my room I settled in ready to have my mind blown and… I hated it. Other than ‘Movies’ and the (rather excellent) cover of Michael Jackson’s ‘Smooth Criminal’ there was not a single song on there I liked. It was on that day that I decided never to trust Fox again…

It’s Christmas 2007 and Leona Lewis had just won the X Factor the year before (certifying her X Factor icon status). Truly there was not a moment like this as 7 year old me unwrapped Spirit for the first time. Did I put this on my Christmas list purely because Bleeding Love was on the soundtrack and I really wanted to belt that in the car to school? Maybe. Despite having absolutely zero life experience at this point, I listened devotedly to this album on repeat in my bedroom serenading my entire household and neighbours with the lyrics “Closed off from love, didn’t need the pain. Once or twice was enough and it was all in vein”. Will I continue to do the same to this day? It’s a yes from me. 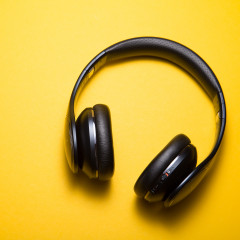 World Music Day 2022: A look back at our first album purchases