Voice MagBlogsTo boycott or not to…

Sports events have always been shrouded in controversy. Competitors have threatened to boycott events hosted in countries with human rights issues throughout the 20th Century and beyond. Whether it was the 1936 Olympics held in Nazi Germany, or the USA competing in the 1980 Olympics in Moscow, there is rightly a reluctance to compete in countries with a track record of human rights abuses.

In recent years these controversies have not died down. A current example is the 2022 Qatar World Cup, set to be hosted in a stadium that was built through the exploitation and deaths of migrant workers. Similarly, Formula One has a multitude of different circuits on its World Championship calendar in nations with horrific human rights track records – especially in regards to the treatment of LGBTQ+ individuals.

Whenever a nation with an appalling human rights record hosts a major event, the same question arises from competitors. Do we boycott or not? Boycotting seems like the obvious answer. Giving these regimes a platform, sends a message that they can continue to commit atrocities on their populace and still have an influential place on the world stage. Unfortunately within major sporting organisations, money talks. FIFA especially, the governing body of football, have been accused of accepting bribes from Qatari officials in order to allow the country to host the games.

However, will boycotting help with these human rights issues? Sportspeople going to these countries can shine a light on this issue. Through talking about LGBTQ+ rights during an event, you are taking a much more public stand. It is a complex argument, with no clear solution. With reference to the 2022 World Cup and the Formula One World Championship, let's assess the pros and cons of competing in countries responsible for horrific human right abuses.

Qatar’s human rights issues both occur on a day-to-day basis and are directly linked to the World Cup. According to Amnesty, the World Cup Stadium is a result of 2 million migrant workers. However, these workers were underpaid, worked excessive hours and the construction resulted in deaths. As the stadium was being built Qatar operated under the Kafala system, sponsorship based employment legally binding foreign workers to their employers. Essentially this traps workers in cycles of abuse, for example being unable to leave their position or the country without their bosses permission, which could legally be denied. On top of this, domestic workers suffer the same abuses, which they can do little about due to restrictions on free speech. There is a relaxed attitude about violence towards women and homosexuality is illegal.

This hasn’t gone unnoticed internationally, with organisations such as Amnesty mounting pressure on Qatar who have tried to make sure their labour laws meet international standards. Yet, most of these reforms have been implemented weakly, and workers are still suffering under their employers. Furthermore, many family members of those who died as a result of the construction of the World Cup Stadium have not received compensation. Not only has the Qatar government been called upon to rectify this, but also FIFA.

Gareth Southgate and the England team, ultimately believe they can be a positive force when they head out to Qatar in November. Southgate suggests boycotting the event will do little good as it will still go ahead, insisting that the England team are having consistent conversations with Amnesty about the issues in Qatar and will go over there to highlight them.

Southgate does make an interesting point explaining that the issue with Qatar is bigger than sport. He uses Sainsbury as an example, whose largest shareholder is Qatar Holdings LLC. Sport and entertainment usually bears the brunt of criticism for aligning with inhumane regimes, but big businesses in the UK are also aligned with nations with poor human rights records. If anything, this is hidden away and never really makes the mainstream news like sports, leaving sportspeople more likely to hold these regimes to account than actual politicians or businessmen.

The presence of footballers in Qatar and expressing their support for the LGBTQ+ community is important activism. However, once the World Cup is over and the spotlight is off Qatar and the event, will there be mainstream concern for what is happening to people over there? If this show of discontent with the regime amongst players does not have a lasting impact, they could have just boycotted it. Moreover, people and players heading to Qatar may give the economy a boost, but if that money is not going towards paying and treating ordinary people better, then the economic argument for Qatar hosting the World Cup is redundant.

It is a complex situation, and it must be incredibly difficult for the families who have lost individuals to this sporting spectacle to stomach what is going on in November. 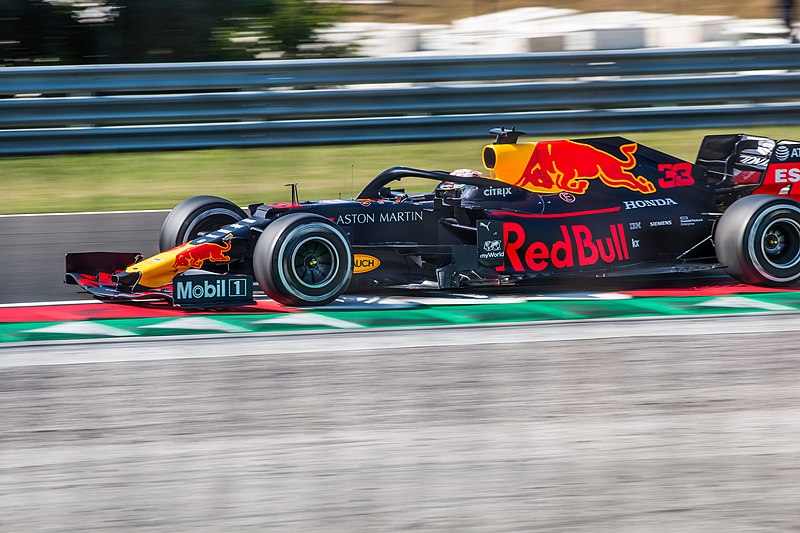 The Formula 1 World Championship has a calendar containing the different circuits it visits each year. Concerningly, a few countries with human rights issues have become a permanent feature year after year. Hungary and Saudi Arabia are to name but a few, but also Bahrain and for the 2021 season Qatar featured. Hungary has concerningly taken anti-LGBTQ+ measures in recent years, banning the promotion of homosexuality in schools and the definition of a family not including same-sex couples. Saudi Arabia has outlawed homosexuality completly and human rights defenders have been unlawfully imprisoned, amongst other atrocities. The latter of the two countries has recently secured a deal with F1 to keep the race on the calendar for a decade, if not longer.

F1 being tied to such circuits is not surprising. Firstly, because F1 is a business and where there is money, F1 goes. Secondly, FIA president Mohammed bin Sulayem does not believe in mixing sports and politics – which is impossible as the two are always intertwined in my opinion. He recently hit out at drivers Sebastian Vettel and Lewis Hamilton for their activism stating:

"Everybody has the right to think. To me, it is about deciding whether we should impose our beliefs…over the sport all the time.”

Here Sulayem completely misses the point. Supporting LGBTQ+ rights, especially in nations where rights are stripped away, is the duty of every sports person – something that should be supported by the FIA, not complained about.

Vettel is a great example of how competing in these countries can be a force for change. During the Saudi Arabia Grand Prix in 2021, a nation that traditionally has had draconian laws against women including them being unable to drive until 2018, Vettel arranged an all female karting day. This is actual action in a nation where such occurrences are rare, impacting real women’s lives and giving them the opportunity to participate in a sport they love. That would not have happened if F1 did not race there, or if Vettel had decided to boycott the race.

Saudi Arabia, being new to F1, benefits from a discussion about whether to race there or not, meaning these issues are gaining the attention they need. Yet, down the line when Saudi Arabia has been in F1 for a decade, will these issues still be receiving the same attention? Or more importantly should we still be having these conversations? If F1 claims they can do good by racing in Saudi and nothing changes, then it proves sports should not compete in these countries as they are not aiding the situation for civilians.

After looking more in-depth at sports events in these countries, it shows a solution is difficult. Qatar 2022 shows the sport is deeply linked with the human rights atrocities, and FIFA must take some responsibility. Furthermore, in nations where homosexuality is illegal it is not just a boycott but members of the LGBTQ+ community may not feel safe attending the event, something that should not be an issue within sports in the 21st century.

However, sport in this instance can play its part in bringing awareness to a greater range of people, who would not necessarily understand an array of global issues, and help bring change that way.

These regimes do not just find themselves in sports but are deeply entrenched in our economy, and politics. Issues with nations who abuse their populace goes beyond sports events and to truly hold these nations accountable our politicians should not be dealing with these governments. Sports is an easy target in the media, but we should also look at how reliant we are on corrupt nations in our day-to-day life in order to tackle human rights issues across the globe. Simply boycotting sports events is not the full answer. 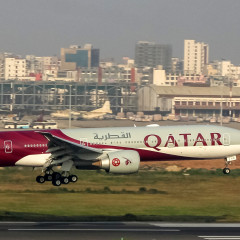 To boycott or not to boycott: Sporting events and human rights abuses