“Pride can feel like it’s become one big brand deal; you go to the parades and it’s just so commercialised: logos, logos, logos. We need to remember - the first pride was a riot,” – Rosie Hall,  LGBTQ+ digital marketer

For years, members of the LGBTQ+ community and their allies have celebrated Pride month during June to honour and commemorate the 1969 Stonewall Uprising in Manhattan. However, as support for this community has increased, as has the number of brands and companies that jump on the pride bandwagon and make half-hearted attempts to show their support – until July ticks over. For example, by changing their logo to a rainbow version or releasing Pride products but without meaningful contribution to the community. In many cases, members of the LGBTQ+ community feel as though this comes off as disingenuous, and this has created a debate concerning the implications of rainbow washing.

Rainbow washing occurs when companies, organisations or people “wave a rainbow flag during Pride month” but neglect to show their support for the LGBTQ+ community during the other 11 months of the year, said Aby Hawker, who runs a communications agency specialising in trans inclusion and awareness. This doesn’t mean that brands should be shamed for using pride to demonstrate their allyship, as long as their desire to support comes from a place of authenticity. Rather it is about encouraging them to push a bit further and promote inclusivity and meaningful change all year round, Hawker said.

However, when companies and brands do not actively support the LGBTQ+ community all year round, it can not only be perceived as disingenuous. For Leon Wu, Founder & CEO of SharpeHaus, a queer-owned fashion brand, this is rainbow washing, false advertising and not true allyship or activism. It also makes it more challenging for LGBTQ+ brands who support the community year-round to be seen and heard for that entire month when really that month should be about them.

“It’s a lot of unnecessary noise,” Wu said. “It’s like junk mail in your mailbox you put straight into the recycle bin until it comes again next year.”

Additionally, releasing a Pride-themed product, and not giving back to the community in the form of a charity contribution or some other meaningful way is considered by most to be capitalising off a marginalised community just to make money. The same can be said for not employing and paying queer talent to be in campaigns, especially when they are pride related, and not supporting LGBTQ+ colleagues, said Max Slack, a content creator and inclusion consultant. 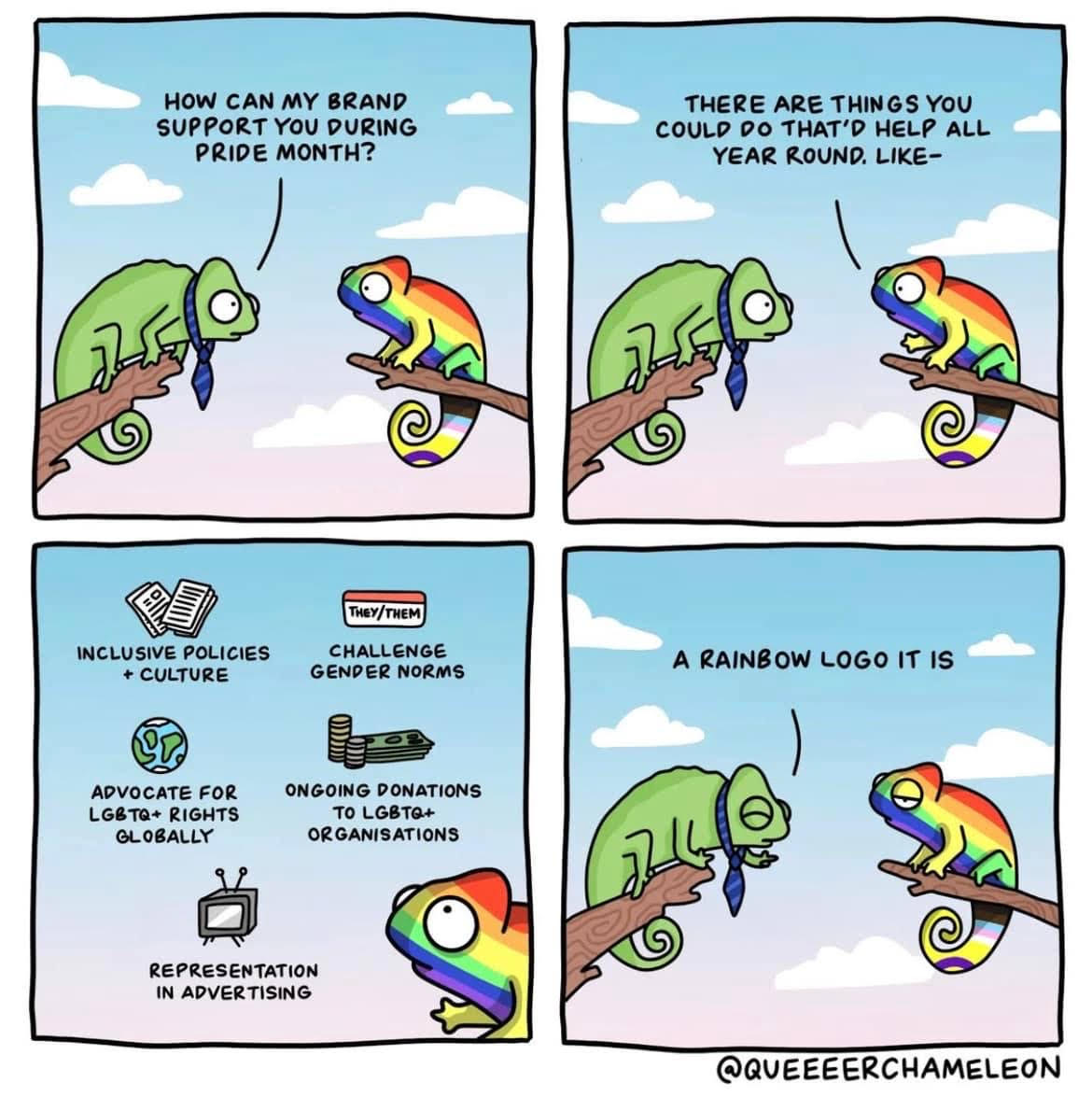 Damage can also be done when the entirety of the LGBTQ+ community is not fully represented, as this can create the idea of an “acceptable face of queerness.” For example, if only white gay men are depicted in campaigns, this has the potential to isolate other members of the community such as those who are transgender, Slack said.

“We need to see all the letters of the rainbow or at least a diverse collection of them,” he said.

However, Slack is of the belief that if a company is doing those things then they can have an impact, but if it’s just a show of support that fits in with the status quo and everyone else doing it, then what’s the point?

“Personally, it doesn’t sit right that companies are profiting off a marginalised community; especially when having a logo or Pride collection doesn’t necessarily mean their companies are safe for LBGTQ+ people,” Rosie Hall said.

Hall is an LGBTQ+ digital marketer at Hable whose role is primarily focused on increasing brand awareness through digital channels. She is also the one in charge of choosing whether or not to change Habel’s logo to incorporate a rainbow for pride month. In her previous jobs, Hall had made logo changes to support the community. However, her views have now changed, and since starting work at Hable she has chosen not to change the company’s logo. This month, instead, the company shared a quote from its Founder about the importance of making Hable a safe place to work for the LGBTQ+ community. For Hall, while there are some exceptions, she feels as though a lot of companies “slap a rainbow behind their logo in June and…think the job is done” but fail to accompany this with positive actions that actually have an impact on the LGBTQ+ community.

“For a really long time, seeing companies change their logo during June felt like such a positive thing for me; you spend your whole life feeling unaccepted and then suddenly here’s this outpour of support everywhere you turn on social media,” Hall said. “I think it sort of changed for me over the last few years when I realised, actually, for the most part these companies don’t care about me, and they don’t care about the struggles my community faces.”

Ultimately, showing support during pride month can be beneficial and impactful as long as the support is not just to save face. Donating proceeds of Pride-related products or campaigns to a charity or organisation that supports the LGBTQ+ community, making sure that the company is a safe and inclusive place, and featuring and supporting members of the LGBTQ+ community all year round are all ways that companies can show that their support is genuine and means something.

“I want to shop at and support a business that supports me,” said Ross Barber-Smith, whose business features Pride-related products all year round. 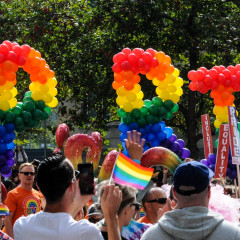 The damaging effects of Rainbow Washing