A piece about my experience of shadowing a professional Deputy Stage Manager.

Shadowing a Deputy Stage Manager (DSM) is probably one of the most interesting things I've done in theatre so far. It's one thing to watch a show from the audience and appreciate it, but watching from next to the DSM's desk inspires a new level of appreciation all together.

Last Monday I was lucky enough to be sent down to the National Theatre to shadow the DSM in the Dorfman Theatre, who is currently working on a show called Husbands and Sons. I was met at the stage door, given a tour of the theatre, sat in the auditorium during the fight call having the set explained to me, shown the 'book' and flicked through the cues, with the most complicated ones being explained to me, and then I sat next to the DSM's desk throughout the show, where I had a great view of the stage as well as all the cueing she was doing.

The last show I did at university (just before Christmas) made me truly appreciate the job of a DSM, as I had never really experienced the role properly before, but shadowing a professional made me realise just how much skill these people have. She was so laid-back throughout the show and clearly knew it well, as she knew when she had a blank page and could just pay attention to the show, and when she had to keep her eyes on her cues.

Before the show, she told me that when the National were asked if they would be happy to have students shadowing, the manager thought there wasn't enough going on in the show for it to be interesting to shadow. But let me tell you something, 467 sound cues, regardless of how many of them are visual cues, is most definitely not boring!

I had a great time and found it to be incredibly eye-opening. I have great respect for the job a DSM does and I would be incredibly proud if I could manage even half of the jobs they do. If you ever get the opportunity to shadow anyone who works somewhere you aspire to be, even if it isn't the job of your choice, I would definitely recommend taking it. You can never have enough respect for the jobs other people around you do, and it's important to understand how your job fits in with theirs. 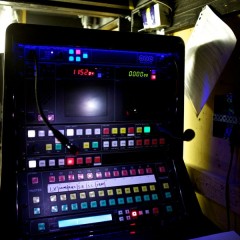 My time shadowing a DSM

A piece about my experience of shadowing a professional Deputy Stage Manager. 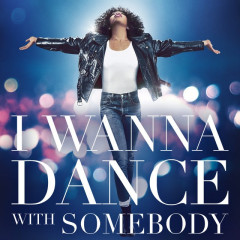