Bisexual erasure is an incredibly prominent issue that the LGBTQ+ community are still dealing with today. According to GLAAD, bisexual erasure, or bisexual invisibility, is “a pervasive problem in which the existence or legitimacy of bisexuality (either in general or in regard to an individual) is questioned or denied outright”.

Whilst homophobia may seem blatant, prominent, or easily spotted, bi erasure typically happens through microaggressions, sometimes even to the extent at which the person on the receiving end may not even notice that it’s happening. This can be even more damaging, as these invalidating comments can infiltrate the psyche and lead to internalised biphobia. Examples of this behaviour include the notion that bisexuals are ‘greedy’, ‘can’t pick a side’ or that the sexual orientation is a ‘stepping stone’ between heterosexuality and homosexuality.

The effects of these beliefs can be incredibly damaging to an individual’s mental health, with studies having repeatedly shown that people identifying as bisexual show higher rates of depression and anxiety than heterosexuals. Contrary to what you might expect, these issues exist within the LGBTQ+ society, with bisexuals often feeling uncomfortable in what is widely considered a ‘safe space’ in the community. A prime example of this is gay clubs, where many bisexuals in heterosexual relationships feel uncomfortable expressing affection to their partners in the fear that they will be viewed differently or looked down upon by the community.

It’s a problem that needs widely addressing, both within and outside of the LGBTQ+ community to promote adequate allyship. Bisexuals deserve to feel valued, safe, and validated within their identity and within the community. Bi erasure must take forefront in conversations regarding LGBTQ+ issues to open a dialogue surrounding the issue, and ensure that education surrounding the topic can lead to healthier approaches and safer environments for all.

The antidote to biphobia and bi erasure lies purely in education – whilst it might be easy to think that this is a non-issue, it can tarnish one’s identity and outlook on the world. The more we make an effort to understand bisexuality and the nuances behind it, the easier it becomes to create a nurturing environment for people to truly express themselves without worry. Bisexuality is a spectrum, and resonates differently to everyone – it’s not the 50/50 split that media often portrays. Bisexual people also don’t owe you a record of their sexual or romantic history, the label is valid to anyone who feels most comfortable using it, regardless of whether or not they have had romantic relationships or encounters with anyone. We wouldn’t second guess the identity of heterosexuals just because they had no romantic history, so why the double standard for bisexuals? 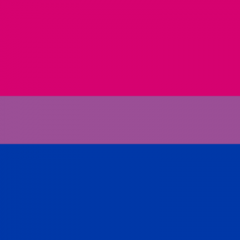 We need to talk about bisexual erasure