There is a new moving release on the horizon by California-born star Ariana Savalas. Gearing up to release 'What Do You Wanna Know' on June 17th, Savalas officially invites you to a new world of her artistry, asking life-altering questions.

'What Do You Wanna Know' is dazzling, but once you listen carefully, Ariana Savalas contemplates life's meaning and purpose. Her voice may sound familiar as she is one of the founding members of the vintage phenomenon Postmodern Jukebox, that have garnered over 200 million views.

It's been two years since the release of her debut album 'The Dead Dance,' but this month, Ariana Savalas kicks off a new chapter. With the 'What Do You Wanna Know' release, Savalas will start to tease her upcoming project that's already in the works.

All that's left for you to do is mark your calendar. 'What Do You Wanna Know' is set to release on June 17th. 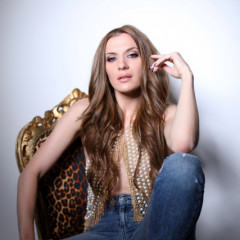