Indeed, fashion has always been used as a vector through which many express themselves within the LGBTQ+ community. Whilst outside society may have discriminated against members of the community, fashion represents something of a safe haven.

There is little wonder then that so many gay designers reside within the industry that sheltered them. Craig Green (who is a critically acclaimed fashion designer in his own right) wrote his dissertation at Central St Martens on how homosexual style became assimilated into the larger, heterosexual zeitgeist; “... clothes a tiny bit too tight, skinny jeans, tanned, tight -shirt …”.

So, let’s take a look at some of the most iconic and gay designers.

YSL’s impact on fashion simply cannot be underestimate, and he truly was a visionary within the industry; multiracial models, diffusion lines and certain stylistic choices he made are staples of fashion today. YSL’s pièce de résistance was his androgynous tailoring offering in Autumn / Winter 1996, the 'Le Smoking' Tuxedo.

The Le Smoking was a harbinger of the social changes to come and pioneered androgynous dressing, taking what was a traditionally masculine garment with the tuxedo and reinventing it with a much more feminine flair.

Armani today, through its various lines and diffusion labels, has permeated virtually every lane of fashion.

The eponymous label is known for slick tailoring, and the brand’s namesake's legacy lies in the 'Unstructured Suit'.

Armani introduced flair into tailoring and removed the cumbersome quality that previously defined suits, blazers and trousers could now drape and flow rather than confine and restrict as they had done before. This was not only an innovation that he implemented in his menswear but his womenswear pieces too.

Underwear can be something of an afterthought when it comes to men’s fashion and us dressing well. Calvin Klein changed that and transformed it from something our girlfriends or mothers buy for us, into something that we now take special interest in.

Klein’s 1982 underwear presentation turned boxers from boring to brilliant and represented a revolution. A revolution not just in the fashion industry but an advertising revolution as perhaps the birth of the idiom 'sex sells'.

Gaultier’s contributions to fashion were once dismissed as just deliberately provocative runway hijinks. Yet, if we look back, we can see how the designer was in many ways a trailblazer for both androgyny and men’s cosmetics.

Gaultier featured Andrea Pejic on a runway to showcase both men’s and women’s collections for him. However, this wasn’t the only gender barrier that he smashed through, he shattered another with his now defunct men’s cosmetic line.

Jil Sander - 'The Queen Of Less' is a personal favourite designer of mine with her minimal aesthetic. Although, due to financial constraints, perhaps more so collaborations such as the incredible Uniqlo +J rather than mainline Sander.

Vogue proclaimed Sander as fashion's first feminist owing to her reinvention of women’s businesswear. Rather than asking women to simply downplay men’s tailoring, she created her own; a clean, understated and empowering look. 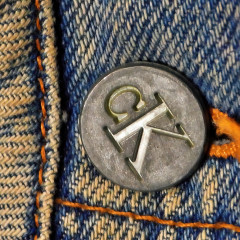