World Ocean Week runs June 5 - June 13 and what better way to celebrate than look back and review ‘Seaspiracy’?

Ali Tabrizi’s ‘Seaspiracy’ (2021) created a big splash when it initially premiered just over a year ago. Now, I profess I’m somebody who loves fish and am the first it when friends and I go out for some food; seafood is a source of protein which can be found in virtually every conceivable cuisine worth your time, so I was initially hesitant when it came to viewing and reviewing a documentary which made a splash - Seaspiracy.

The reason it made such a splash was because of the exposé it had presented on the fishing industry, dispelling the myth of an old and weathered sailor and instead shining a spotlight on the big corporations - Captain Birdseye is nowhere to be found in the documentary.

Seaspiracy explores the environmental impact of the fishing industry upon life both on water and on land. The documentary unravels the alleged conspiracy that exists between the actors within this industry; fishermen, regulators and even governments.

The documentary dispels what it believes is the myth of sustainability and sustainable fishing methods, ultimately dismissing these and instead opting for a more radical call to arms by people across the world; stop consuming seafood.

This message is an admirable one but one that is frankly unrealistic and isn’t going to happen. Certainly, vegetarians and vegans are today leading the cavalry in this sense, but this is not enough. Seaspiracy calls for a cultural, culinary and lifestyle revolution which is overly idealistic and is unfeasible.

One cannot help but think a stronger message would have been one of reform rather than revolution. Seaspiracy dismisses what it claims to be flawed sustainable fishing methods and it identifies why. So, surely it can therefore identify how to improve rather than throwing the baby out with the bathwater.

Admittedly, revolution is a ‘sexier’ message and is far more memorable than a message of just reform. Yet, the documentary clearly yearns for change, and it feels as if it wastes a golden opportunity by being overly idealistic and running before it can even walk.

Seaspiracy has been dissected by various experts and publications, and there’s one salient question to ask; how accurate is Seaspiracy?

Seaspiracy’s ‘Achilles Heel’ is it straddles the line between fact and faction and it invites misinformation. Tabrizi’s documentary has been accused of misrepresentation by even those who featured in it, and its facts and figures are prefaced by the creators themselves as not being independently verified.

Tabrizi asks the reader to suspend scepticism, and the documentary exudes a sense of ‘just trust me’ energy. Unfortunately, this does, to some extent, tarnish the validity of the message that it hopes to deliver to us - Seaspiracy does feel a bit, well, conspiratorial.

This isn’t to say that it doesn’t offer an admittedly intriguing story; it just happens to feel a little far-fetched. Given that we cannot verify certain key points of information, and these are what inform its message, Seaspiracy must be consumed with a pinch of salt.

Ultimately, Seaspiracy does have its redeeming qualities, but it feels like it is just swimming upstream. In a sense, the documentary does achieve its objective of raising awareness about fishing - Seaspiracy got people talking and made them conscious of their personal ecological impact upon the world’s sea life.

The problem is that it fails to distinguish between fact and fiction, often perpetuates misinformation and detracts from its overall message – which wasn’t the strongest to begin with. 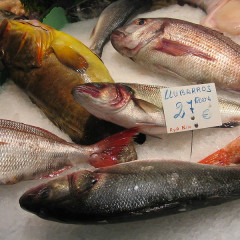 World Ocean Week runs June 5 - June 13 and what better way to celebrate than look back and review ‘Seaspiracy’?