Voice MagBlogsBlame it on the Ocea…

An investigation into coastal erosion at Formby Beach, and how the Dynamic Dunes project aims to adapt to the shifting shoreline.

When we think of coastal erosion, it would be incredibly easy to think of the crashing tides chipping away at cliff faces, or battering waves bringing down structures across the coastline of England. However, if we look to the North West of England, particularly at Formby Beach, this isn’t exactly the case.

Across the Western coast, Formby is home to some of the largest collection of sand dunes in the UK. Owned by the National Trust, investigations were carried out in 2005 to assess the extent to which the coastline was expected to change, and projections of a yearly 4-metre shift were amongst the conclusions drawn. This remained on track for a number of years, until storms across the winter of 2013/14 battered the coastline to an alarming extent, resulting in levels of erosion expected over 15 years happening almost overnight. One particular evening, ten metres of coast were swept away in a single tide.

One of the key takeaways from this, say the National Trust in conjunction with the Intergovernmental Panel on Climate Change (IPCC), is that we can no longer look to coastal defence as a plausible or reliable response to the ever-changing coastlines of Britain; we must take a deeper understanding of our environments to make well-informed choices that adapt to nature's rhythms, as opposed to working against them.

For Formby in particular, these adaptations include ‘rolling back’ infrastructures and habitats, to ensure longevity and to protect rare species of wildlife that reside in the area. The way in which Formby’s landscape is changing is incredibly unique, in that the vast sand dunes are effectively being forced inland by effacing winds in what is known as ‘coastal squeeze’. As the fastest eroding area of coastline that the National Trust manages, ecologists and rangers based at the Formby site are working hard with local landowners and other partners to ensure that the effects of the erosion will not be felt further afield.

The coastal squeeze in this area is beginning to form a separate dune system behind the existing dune structures, as well as a rapidly growing salt marsh that is home to some of the rarest species the UK has to offer. This includes Natterjack Toads, Sand Lizards and Tiger Beetles. The conservation of these species is of crucial importance, as an estimated 75% of breeding sites for natterjack toads have vanished since the start of the 20th century. 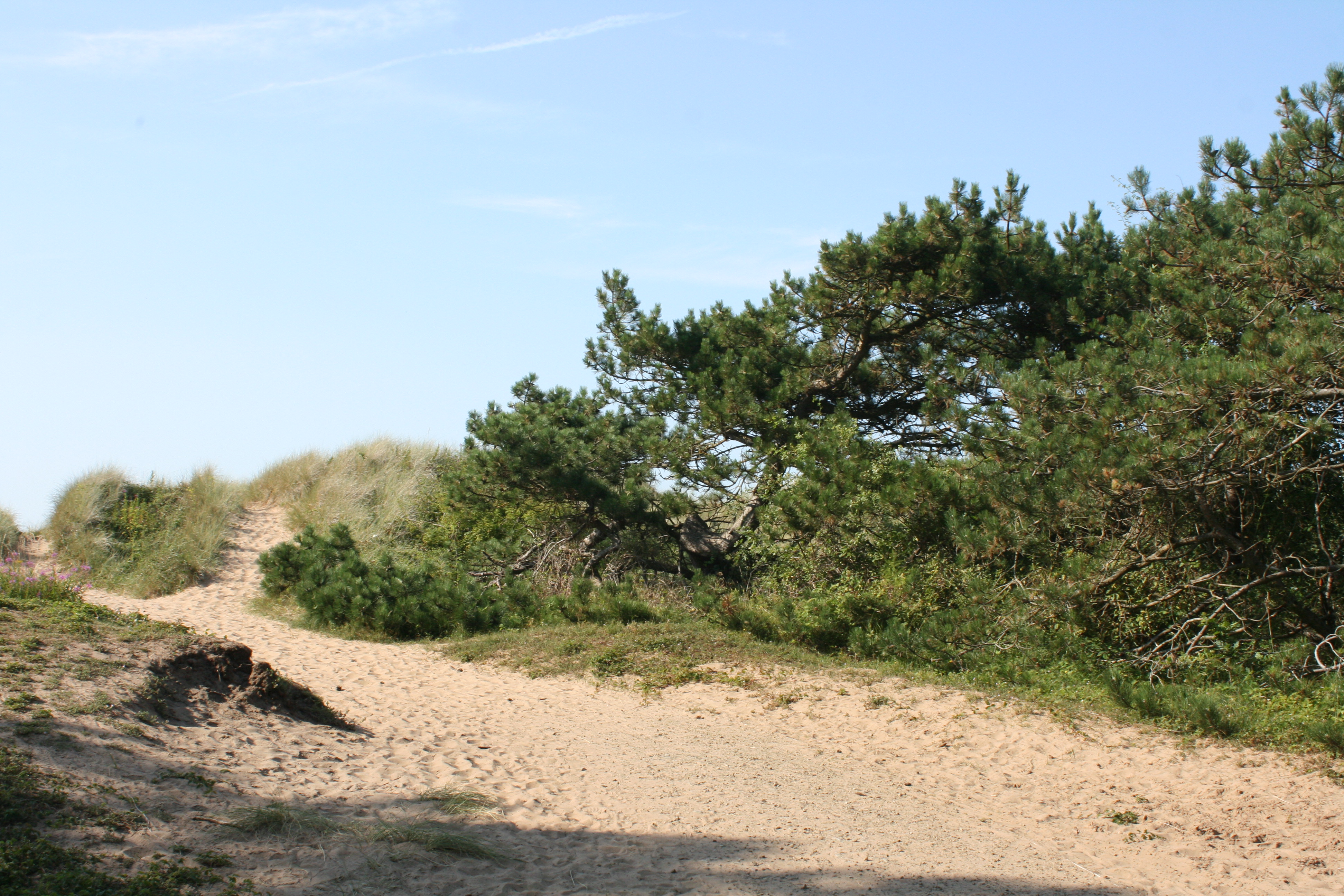 Interestingly, the coastline of Formby was actually expanding until 1905, when the tides turned to an erosion cycle that is still afoot today. Across millennia, Formby has seen vast changes. Between 7,500 - 5000 years ago, Formby was actually a coastal lagoon (shallow inland water body, separated from the ocean by a barrier), meaning that a whole barrage of wildlife would have flourished and thrived in an environment that is tremendously distinctive from the tidal shoreline we see today. At other points in history, the sea has reached beyond 10 miles further inland than it currently stands. This ever-changing ecosystem provides us with reassurance that, in a dynamic and often concerning time for our climate, these changes are not something that are a threat to the coastline.

Whilst climate change can prove a catalyst for storms that are in turn catalysing coastal erosion, it isn’t the rising sea levels or greenhouse emissions causing these shifts as one might think. The changes we are currently witnessing at Formby Beach are all part of natural erosion and accretion cycles. We can (and should) take comfort in the fact that the world we live in is constantly altering and developing, and not everything is as scary as the media can paint it to be. It is, of course, important to curb climate change and monitor the effects of it closely in order to protect our planet, but within that, I think it’s important that we acknowledge the fact that not all change is bad.

So, what adaptations are in place to ensure the best protection for our coastline and surrounding infrastructure?

Between the 1950s and 1970s, thousands of tonnes of tobacco leaf wastage from the British Nicotine Company were dumped onto the dunes at Formby, forming almost two hectares of what the National Trust recognises as ‘tobacco cliffs’. Project Officer Isabelle Spall says “Whilst the waste itself isn’t toxic, the sheer quantity inevitably means it is going to have a dramatic impact on the ecology and the structure of any landscape. Dunes should look like sandy hills, with rolling undulations – but this area is completely flat and covered in nettles and thistles. It effectively creates a barrier that prevents toads and lizards from being able to move across the site. The animals need areas of bare sand mixed with patches of vegetation, so they have places to hunt and bask as well as room to hibernate, and for lizards, somewhere to lay eggs. With changing weather patterns, it’s even more important that wildlife can move freely to areas with better conditions.”

“This project is all about trying to give wildlife the best possible chance. It’s exciting to be creating something meaningful out of what was essentially a field of weeds.”

The cliffs are now being restored, with diggers excavating large V-shaped wedges that will allow sand to pass through the gaps and cover the nettles and tobacco waste. The aim of this is to form a new system of undulating dunes. This will also provide an estimated 12 breeding pools for Natterjack Toads, resembling the natural ephemeral pools that would appear naturally. The area will also be kept free of invasive plant species, as to not disrupt the nocturnal cycle of the toads, and to allow for hunting and foraging.

The public are also urged to comply with guidance and signposts, including keeping dogs away from the dune pools and sticking to the footpaths provided. 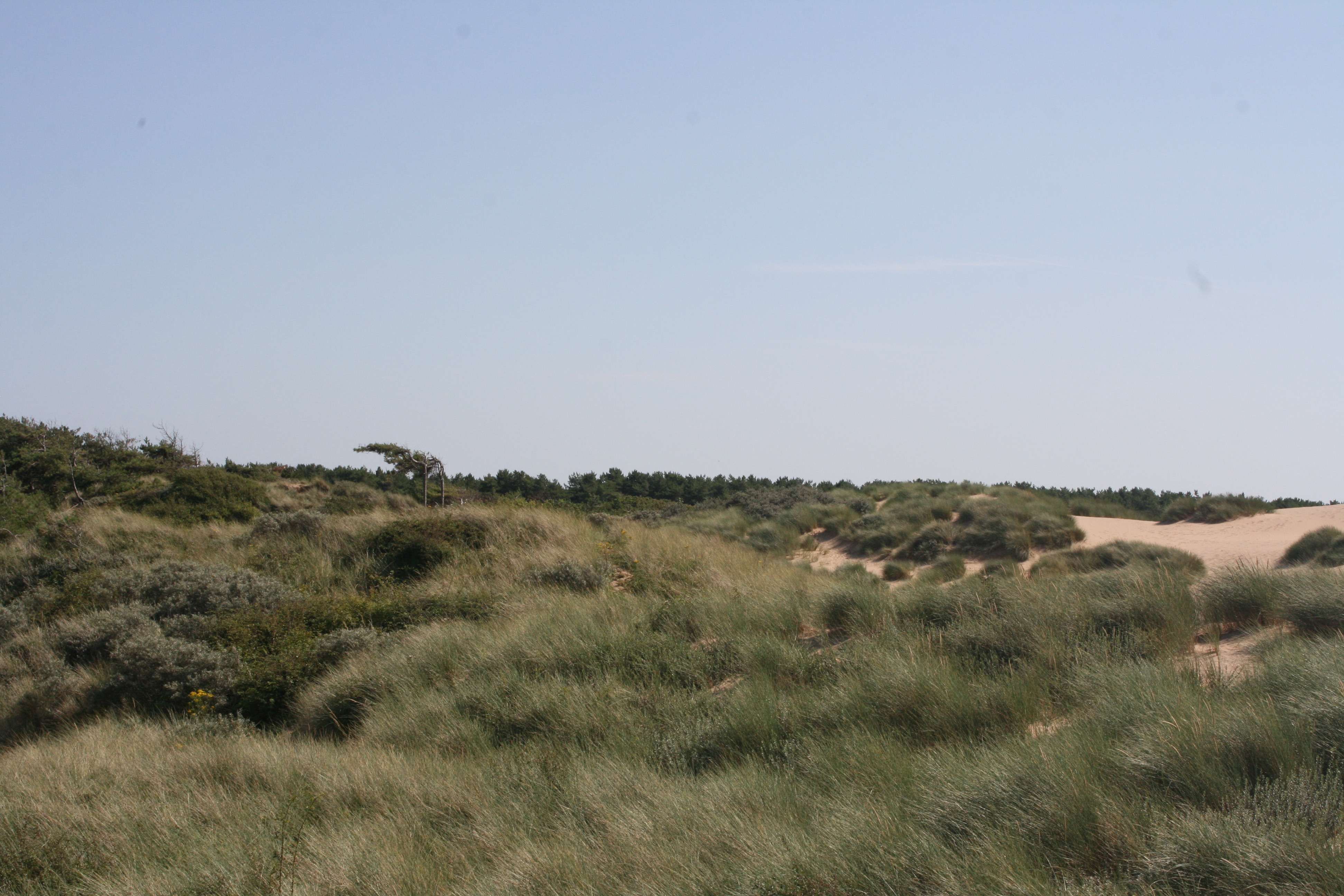 Overall, the changing coastline is something that must be respected and adapted to, as we move away from the prescriptive idea of coastal defence systems, and move towards accommodating for the weather systems and natural forces that the coastlines face. The projects in place to protect public buildings, homes, and wildlife habitats mean that coastal erosion can be much less daunting than it otherwise could be, had we continued to defend or prevent. Working with nature as opposed to against it means that observations and preparations can be made in plenty of time, preventing irreparable damage and allowing for solutions to be thought of and put in place ahead of time. The work of the National Trust and IPCC, particularly the Dynamic Dunescapes project (funded by National Lottery Heritage Fund and EU LIFE Programme) is absolutely invaluable, and a great model for the way we approach coastal change across the country. 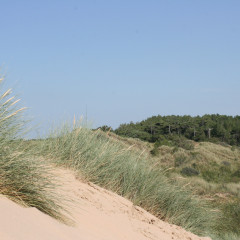 Blame it on the Ocean? Coastal erosion at Formby Beach

An investigation into coastal erosion at Formby Beach, and how the Dynamic Dunes project aims to adapt to the shifting shoreline.