“Women who put themselves first, are villains in today's society, just as they were in the 1500’s.” Mona Chollet’s recent book attests to this.

The brilliant feminist book “In Defense of Witches: Why Women are Still on Trial'' by Mona Chollet was released in January 2022. She discusses how the women who exist outside of the boundaries of patriarchal control are deemed to be villainous and morally corrupt. This extends from the witch-hunts of the 16th century to more current situations such as the anti-abortion laws the US faces, to the way in which women enter a “villain era”, which is really just self-love.

Childless women must be evil witches

It is no coincidence that witches, aka women with power, are deemed villainous, whilst powerful men are regarded as the norm. Witches are universally seen as ugly and terrifying, but there is no universal trope which says that all warlocks or wizards are evil. Why is this? It’s because female power is terrifying to a patriarchal society.

Chollet’s discussion about the “childless woman” falls perfectly into this category of female power and is unfortunately just as relevant as it was 500 years ago. Women who disrupted the patriarchal structure by forgoing married life or children were viewed with contempt, labelled as witches, and excluded from society. The vehement condemnation of the childless woman seems to be more about the women who dared to take control of their own lives than anything else.

So-called “pro-lifers” cannot possibly be in support of “life” since they refuse to grant women autonomy over their own lives. Instead, their hatred is born out of a fear of women breaking free of patriarchal structures and believing that a woman’s value rests solely on her reproductive ability. Witches in the 16th century were called the “anti-mother” and were viewed as demonic Antichrist figures. Many believed that witches ate their dead children. It was as if failing to be a mother was the single most sinful thing a woman could do - as if it was a woman's sole obligation and purpose to have children. What other purpose could women possibly serve? This villainisation of women who do not want children is unfortunately perpetuated to this day. After all, a woman must want children and any woman who does not must be a villainous creature without morals. In fact, the 1500s labelled witchcraft and abortion as a “crimen exceptum”, a crime so exceptional and wicked that it does not need regular proof or judicial procedures before prosecution. Female autonomy was so terrifying that it was given its own criminal label.

What is the ultimate message that can be gleaned from Chollet’s book? It’s that women are sentenced to remain under the control of a man, lest their villainous and wicked ways are allowed to flourish. Even witches, who existed outside of the boundaries of respectable society, were not granted autonomy. Witches were viewed as being controlled by the devil - after all, it is simply incomprehensible for a woman to have thoughts of her own unless she is an evil magical being seduced by the devil.

The villainisation of women is also seen in far more subtle ways, permeating into how women view themselves. Chollet says that witches have become a “neo-liberal girlboss-style icon”, sculpted by capitalism and removed from its radicalism. With hashtags like “villain era” trending on Tiktok, it's easy to see what she means. After being condemned as witches and villains for so long, women are reclaiming the word and using it to uplift themselves. However, a quick scroll through the “villain era” hashtag on TikTok can be quite disheartening.

Here are a few of the “villainous” things women are doing: “loving myself”, “existing unapologetically”, ”self-dates”, “drinking water and exercising”,  and “treating others how they treat me”. Whilst it’s great to see women reclaim the villains of old, should we consider it radical for women to simply exist? Should we consider it radical for women to take care of their physical and mental health? Women have been so far removed from both rights and respect that to speak out and exist as individuals, they must first don the guise of a witch. This false renaissance of witches and villains may seem empowering, but it hides a deeper message - that women who put themselves first are villains in today's society, just as they were in the 1500s. The self-label of “villain” shows how deeply ingrained in society and women this notion truly is. It is not just having abortions which makes a woman a witch-like figure - simply existing can sometimes be enough to be labelled a villain.

Some of the women labelled witches or villains

Women are in a unique position to be labelled as villainous witches or servants of the devil. Sometimes it is used as insults, and other times to undermine women and remove their autonomy. Female politicians often are subjected to these labels, as their public presence and ambitions, though not unlike their male counterparts, are feared and therefore vilified.

Hillary Clinton. Alongside criticism of her actions, terms such as “Wicked Witch of the Left”, “devil”, and “evil witch” were used to describe her, which never would be used for a male public figure or politician. Joan of Arc. The English attempted to undermine her success by crediting it to demonic powers, as her bravery and cleverness were viewed as “witchcraft”, alongside her tendency to wear men's clothing. Julia Gillard. Australia's first female prime minister endured phrases like “ditch the witch”, as her political ambitions were met with sexist remarks. And let us not forget how the death of Margaret Thatcher was met with a campaign reigniting the popularity of the song “Ding Dong the Witch is Dead”.

It is painfully evident that the vilification of women has no end in sight. Our patriarchal society is unable to relinquish terms such as “witch” and is unable to let women be powerful without also being demonised. Making choices about their own bodies, having self-worth, and having a role in society are all things that are still denied to women daily. The solution? Unfortunately, there is no quick fix, but so long as women support each other and make their voices heard, there is a path forward. Love yourself unapologetically, stand up for yourself, and don’t call yourself a villain when you do. 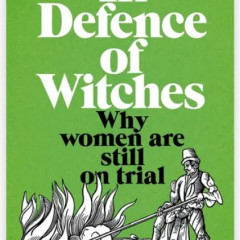 In Defence of Witches: The women who dared to simply exist

“Women who put themselves first, are villains in today's society, just as they were in the 1500’s.” Mona Chollet’s recent book attests to this.