April is bowel cancer awareness month, so let’s get the conversation going.

It’s now bowel cancer awareness month so I thought it would be appropriate to talk about it. Someone in the UK is diagnosed with bowel cancer every 15 minutes, which is roughly around 43,000 per year, but what is it?

Bowel cancer can also be called colorectal cancer, as it affects the large bowel made up of the rectum and colon. When cancer develops in a person’s body, the cells do not divide and grow normally. Cancer typically stems from pre-cancerous growths called polyps; it is worth noting that not all polyps are cancerous though, and can be removed before it turns into cancer. Cancerous cells may also spread to other areas of the body such as the liver or lungs.

How common is bowel cancer?

What are some of the signs that you may have bowel cancer?

In addition to this, bowel cancer can also cause a blockage called bowel obstruction. Symptoms of this include:

How likely you are to develop bowel cancer is dependent on many things, for example, age, family history, and various lifestyle choices, to name a few. Having one or more of these things does not automatically mean you will get bowel cancer but it is important to keep them in mind; here are the main risk factors or causes of bowel cancer:

How likely am I to survive bowel cancer?

16,500 people a year die from bowel cancer and it is second to lung cancer in how many people it kills. That being said, almost everyone that gets an early diagnosis survives bowel cancer. However, if it spreads or is diagnosed too late, the survival rates decrease significantly. Early diagnosis saves lives, so if you or anyone you know is exhibiting these symptoms and are concerned, please get them checked out.

The number of people dying from bowel cancer has been dropping since the 1970s, likely due to improved treatment and research. If you would like to contribute to seeing those numbers continue to fall, here are some charities that you can donate to: 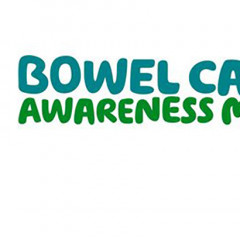 April is bowel cancer awareness month, so let’s get the conversation going.