The Cuckoo Cage, edited by Ra Page, was released on February 17th and was named one of The Guardian's books to look forward to in 2022. Ra Page, editor of Protest and Resist features specially commissioned stories by the likes of Women’s Prize longlisted author Luan Goldie and screenwriter for Steve McQueen’s ‘Small Axe’ series Courttia Newland.

The superhero of comic books and blockbuster movies may be a quintessentially American invention, with its conservative notions of ‘truth, justice and the American way’. But the cultural DNA of the superhero arguably lies in a much older, more progressive, British tradition: the larger-than-life folk heroes of historical protests: General Ludd, Captain Swing, Lady Skimmington, and so on - characters who protestors claimed to be, or follow, through costumes, rituals and letter-writing campaigns.

In this unique experiment, twelve authors have been tasked with resurrecting this tradition: to spawn a new generation of present-day British superheroes, willing to bring the fight back to British shores and to more progressive causes. From the portal-hopping street fighter who despatches slaver statues on her nights off to the shape-shifting single mum who raids supermarkets to stock local food banks, to the fisherwoman who applies her supernatural powers to saving refugees at sea... these figures offer unlikely new insights into shared political causes that span centuries and challenge the conservatism at the heart of the traditional superhero. Step aside the old status-quo protecting superheroes, and make way for a new league of proud, British (social justice) warriors.

We interview featuring writer Courttia Newland about his contribution to the book, which you can watch here.

Ra Page is the CEO and co-founder of Comma Press. He has edited over 20 anthologies, most recently Resist: Stories of Uprising (2019). He is a former journalist and has also worked as a producer and director on a number of short films. 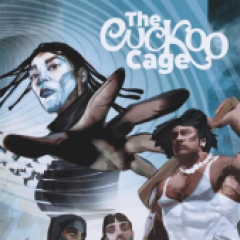