Smacking or slapping children has been outlawed in Wales, but what does that mean for the laws in England?

Physical punishment against a child could now be met with arrest, charges of assault, and a criminal record, as a result of new legislation passed in Wales.

The law came into force last Monday under Wales’ Labour-led government under the Children's (Abolition Of Defence or Reasonable Punishment) act of 2020 making any type of physical punishment including, hitting, smacking, slapping, and shaking illegal.

In England and Northern Ireland however, it is still legal to physically discipline your child if it falls within the boundaries of the legal defence of ‘reasonable punishment’. English law has remained unchanged since Victorian times, allowing parents to strike their children if they feel the child is deserving of reasonable punishment.

However, in the past, the defence of reasonable punishment has been cause for some obscurity in the court of law. The defence fosters a grey area making it difficult to obtain an uncomplicated conviction, as so many factors need to be considered in the nature of the abuse. All these factors, when under consideration, could be susceptible to individual biases, perceptions, opinions, and beliefs. Often this constitutes there being no consistent or uniform regulations for each case brought to trial.

Wales has joined more than 60 nations in outlawing physical punishment, including Scotland, which established the ban in November of 2020.

However, the decision has commanded some criticism from members of the opposing Conservative party, saying it would create a “Stasi culture” where neighbours are encouraged to spy on and make malicious allegations against parents disciplining their children. Welsh Conservative and social services minister, Gareth Davies, had lots to say about what he thought was an “unnecessary, unworkable and undesired” law advocated by politicians who were “clearly more interested in new age dogma rather than respecting parents.”

Julie Morgan, Deputy Minister for Social Services, refuted these claims after her long journey campaigning this law for over 20 years. She responded that it was not an objective of the law to have people spying on each other, however “looking after children is the responsibility of the whole community”. With over two decades of experience and knowledge of Welsh society’s attitudes towards disciplining their children she says “the culture has started to change and I think the law will reinforce that.”

Many children's organisations hope that England will be next to join the 60 countries criminalising the physical punishment of children, including Ms Julie Morgan who hopes the country will follow suit and is “happy to work with England to push this forward.” 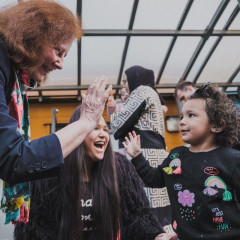 Smacking or slapping children has been outlawed in Wales, but what does that mean for the laws in England? 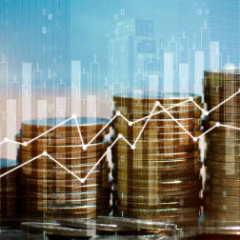