When you place 75 emerging artists in a city over an entire weekend, some sort of magic begins to appear before you.

If you were in Leicester city centre over the weekend, you probably felt it. There was a constant buzz of excitement in the air. A syncopated beat that was hard to ignore.

Whether that be bumping into spoken word poets in the streets, overhearing speculative conversations in a contemporary gallery, or watching a bunch of artists bash tambourines and improv sing together.

Saturday 26 February was the last day of live events over at UK New Artists (UKNA), and here are some of my festival highlights.

I must admit, I do love galleries so this was right up my street. Showcasing the work of Tom Faber, Lucy Gregory, Ant Hamlyn, Alexandra Macupova and Lucy Naylor – the exhibition explored interpretations of playfulness, spanning both digital and traditional art forms (including an on-site mural by Macupova). 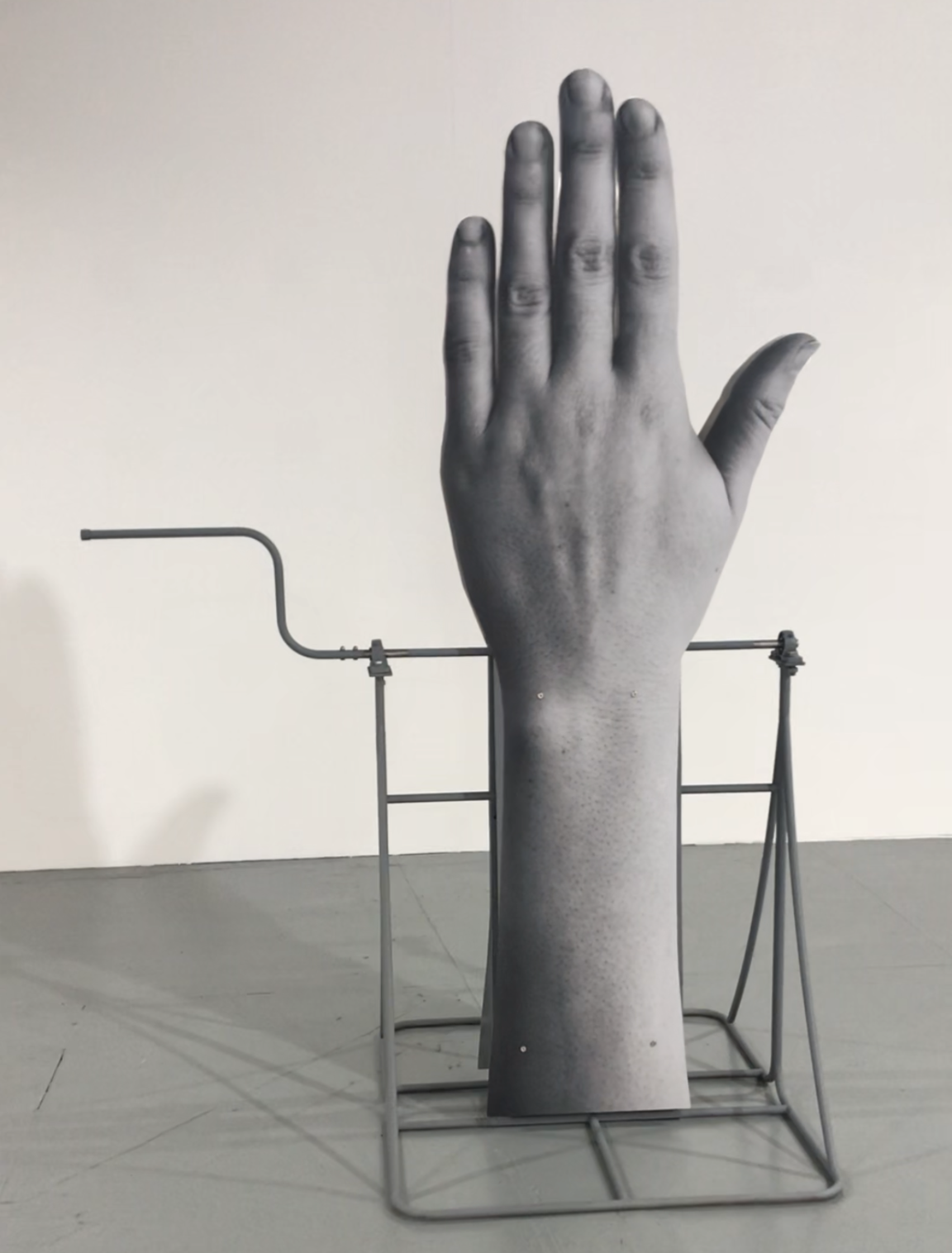 Lucy Gregory’s ‘Applause Machine’ (2019) is an interactive sculpture with a simple concept, you turn the handle and the hands clap. At times, the entire exhibition was filled with comedic applause and then was steeped in silence at the very next moment. The viewer is magnetically pulled towards making noise and taking up that space within a gallery room. What it unveiled beneath the surface was an illuminating power dynamic. When the viewer becomes an operator, are we puppets or puppeteers?

Alexandra Macupova’s ‘Untitled’ (2022) is a striking piece that was created on site for the UKNA takeover. It is inspired by Macupova’s childhood memories of colourful Slovakian apartment buildings. It evokes a sense of childhood, using bright colours like yellow, orange and hot pink to pluck at your own nostalgia. The vibrancy is almost reminiscent of childhood TV shows, and definitely not as overwhelming as one. It is a piece brimming with imagination, a pool for your childhood memories and is very easy to find yourself diving into to explore.

Ant Hamlyn’s ‘This is Not a Toy’ (2022) is inspired by the childhood myth that a goldfish will grow to the size of its bowl. The piece is a series of five hand stitched miniature bouncy castles locked within its own custom built display vitrine, and uses them to symbolise the journey from childhood play to adulthood. What is most exciting about this piece is the growth and distortion of each sculpture.

Beginning with a small hand-sized miniature, there is a sense of naivety – the bouncy castle is unaware it is encased, alluding to our own childhood’s that exist beyond the realms of worry. It progresses into a significantly larger bouncy castle, and then to another which begins to slightly contract within itself due to the lack of space. In the fourth castle, the bouncy castle is stretching at the seams to find space to breathe, like a cry for help the four spires of the bouncy castle cram into the corners of the locked box. The final bouncy castle, portrays a bouncy castle now deflating and folding into itself.

The overall piece is somewhat interactive, in the sense that each box depicts another growth stage in an evolutionary style – something which viewers find themselves drawn to finding where they place along the scale.

Whilst the primary colours of each bouncy castle remain the same, it is the form that changes with time. Alluding to the sense that we technically remain ourselves in our growth, though it is how we bear the weight of adulthood that changes our structural being and sense of self.

Choreographed and inspired by a dance review written by critic and poet Edwin Denby in 1959, Hill’s film translates his criticism of Stravinsky’s final ballet ‘Agon’ into dance.

Set in a single room, an open room flat, the film is so energetic that the entire studio feels like it is beginning its own pseudo lift off. The film features three dancers, who on one hand intersect like cog mechanisms in a well-oiled machine interweaving and supporting each other through their movement. On the other hand, there is a conflict between them and within themselves.

The cinematography is inventive and experimental when it comes to exploring the space – and more importantly, how the dancers take up the space. At times, there is symmetry where two dancers will be cross-legged sitting in the middle of the air or have flowers thrown at them at a staged curtain call. There is also chaos, when the camera begins to move with the dancers trying to track their faces as they energetically dance in a circle.

What is most striking about this piece is the musical composition, written by Jack Sheen and Rowland Hill. It has the overwhelming ability to simultaneously disorientate and soothe. At times sounding like an out of sync orchestra, and at other times reminiscent of horror films. The musical composition conducts, or perhaps is conducted by, the dance and keeps pace with it. 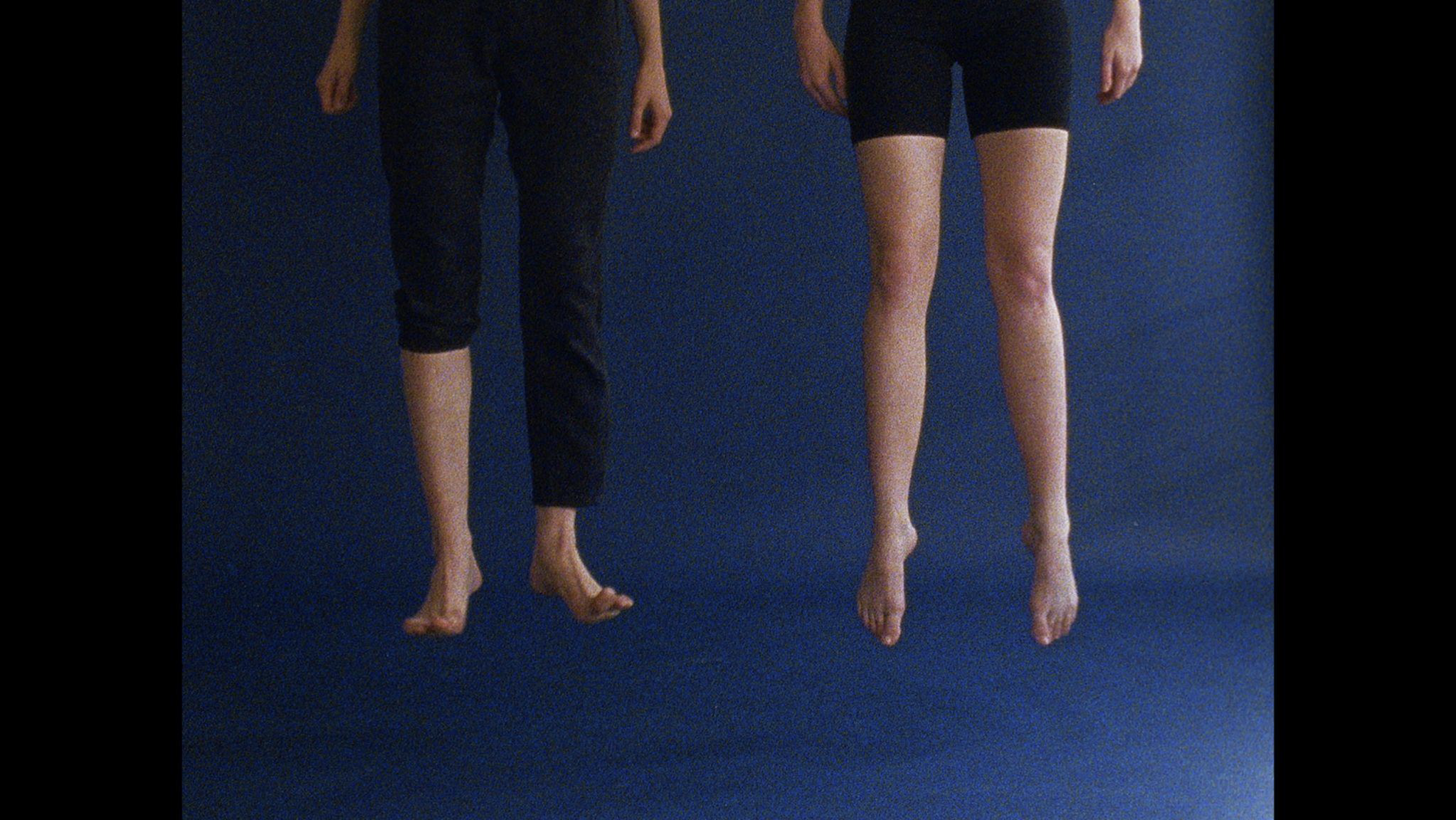 In this experimental documentary, Strickland follows the elderly Caribbean community in South Manchester. The beating heart of this piece is the exploration of Caribbean diaspora in physical mementos of the past from home videos to the discussion of old family photos.

The piece feels inviting and warm, it is packed full of storytelling and memories. Strickland’s style is sentimental, and sensitively explores these stories through film cuts between mundane shots observing their day-to-day from a day centre for the Caribbean elderly, archive footage of the Caribbean Islands from the North West Film Archive, and interviews with the filmmaker’s family members.

The editing is well paced, almost rhythmic, and provides a sense of place and community. There is an undeniable spirit thread throughout the entire piece, for example when the elderly play bingo and the audio continues over archival footage and still shots of ornamental objects. ‘Home Come Soon’ is a letter from the past detailing diasporic movements read out by a filmmaking voice of the present, Hope Strickland. 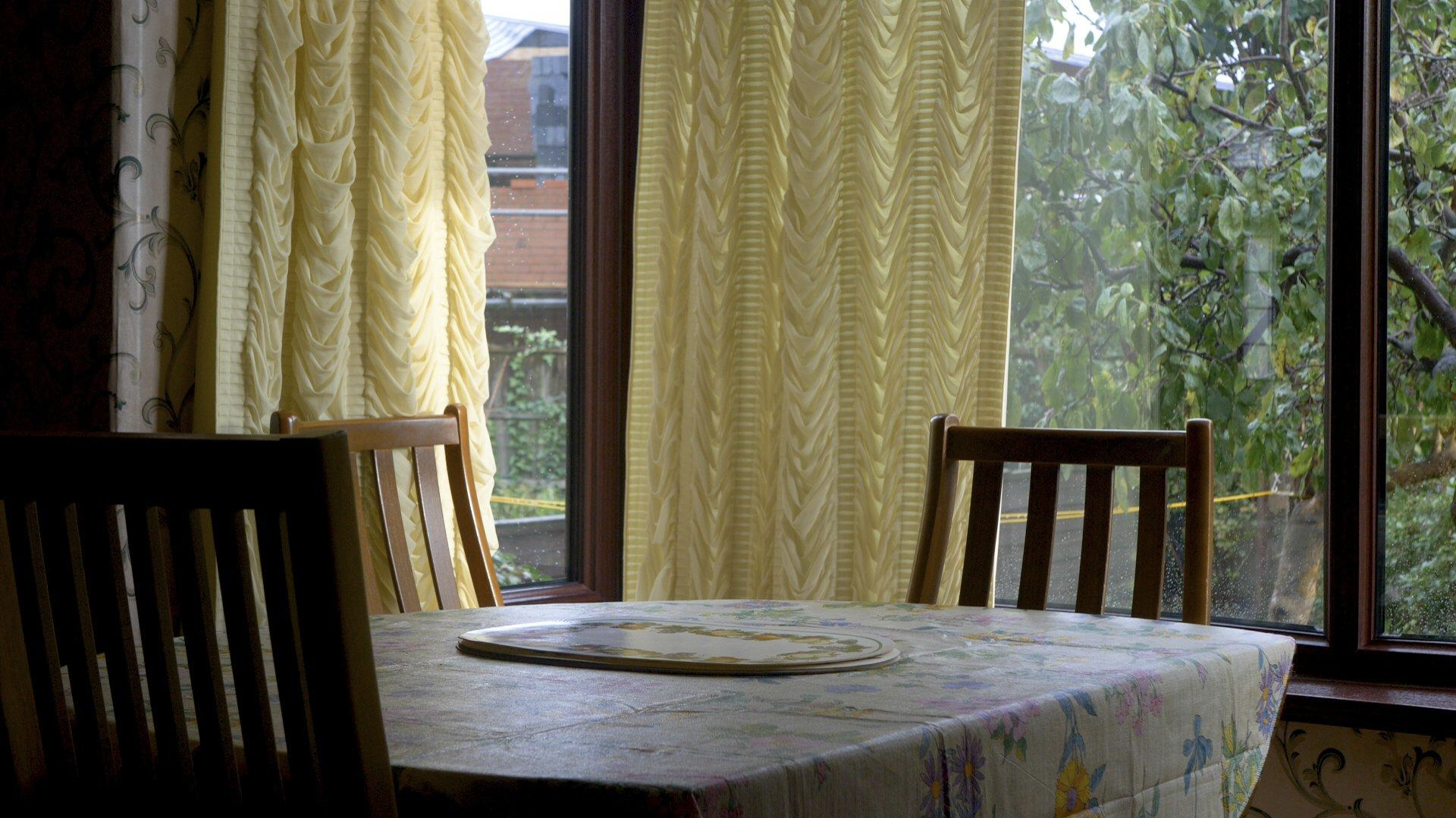 In the evening, the last live event of UKNA was held. A double bill performance lineup of poet and spoken word artist Talya Stitcher, as well as an electric set by vocalist and producer margomool.

Talya Stitcher’s ‘A Body of Words’

Talya Stitcher had audience members welling up with her sensitive exploration of bodies and intimacy. Whilst sometimes dealing with heavier topics, Stitcher wove through these complex issues with a sense of familiarity – like talking to a friend on the phone. The highlight of the set was a series of poems on varying types of intimacy. Particularly, one poem on platonic intimacy that was delivered in a gentle lilting tone which makes you consider holding onto small mundane moments and manifesting them into mementos to carry with you.

With audience members getting up and dancing to their music, margomool’s set is driven by live instrumentation, co-creation and storytelling. At the intersection of spoken word and song, margomool’s music is experimental and electric. ‘The Space Between’ featuring tom theythem had audience members applauding after lyrics like ‘too stuck up in your binary box to move’. Songs like ‘Sway’ had catchy hooks that stayed in my head for days after (if I’m being honest it’s definitely still there).

At the very end of the night, they held a cypher. Getting ready to create and collaborate, audience members found themselves inspired by margomool and surrounded by instruments from the keys, guitar to vocals. The entire venue became a safe space for creating music together, where creativity and connection shone through – something that summed up the Saturday of UKNA magically. 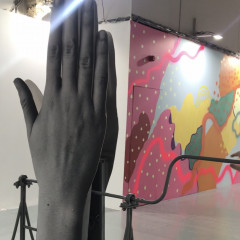