Conservative MP Nusrat Ghani has recently come out and accused her very own party of Islamophobia. We explore the claims and how racism is an endemic which crosses partisan lines and will continue to, unless concerted action is taken.

Nusrat Ghani is a Conversative MP for her constituency situated in South-East England called Wealden. In 2018, she was elected as Parliamentary Under Secretary Of State at The Department Of Transport, but lost this position two years later. The reason why has incited a debate around Islamophobia amongst the Conversative Party.

Ghani alleges that she had been dismissed from her position because she identifies as a practising Muslim, and that her “Muslimness” was “making colleagues uncomfortable”.

Ghani recently penned a column discussing the incident and the personal impact on her for The Times. She wrote that “not a day has gone by without thinking about what I was told and wondering why I was in politics while hoping for the government to take this [her sacking based upon religion] seriously”. Ghani actively took steps after her dismissal in the pursuit of justice which she has detailed in a tweet.

“When I told the prime minister in June 2020 what had been said to me in the government whips’ office I urged him to take it as seriously as a government matter and instigate an inquiry [into her dismissal].”  He [Boris Johnson] wrote to me that he could not get involved and suggested I use the internal Conservative party complaint process”.

Mark Spencer (Conservative Chief Whip) has publicly come out to announce she was referring to him. Spencer categorically denies any wrongdoing and insists her accusations are both false and defamatory, explaining that the prime minister previously met with her to discuss her concerns about Islamophobia. Johnson supposedly invited her to initiate a formal complaint process which she had decided not to do; Ghani’s matter was therefore not escalated further.

A spokesperson for the prime minister however has come out and they have insisted that both he and “The Conservative Party does not tolerate prejudice or discrimination of any kind”.

Ghani alleges that she later dropped the matter when she was warned that if she was to persist that she “would be ostracised and her career and reputation would be destroyed”, leading to a point whereby she “... had no choice but to get on with my career”.

Johnson’s government has however since abandoned this rhetoric following mounting public pressure. Muslim Census found nine in ten feel that racism is not being dealt with appropriately by the government, and ninety-two percent feel as if within the government there exists a racist culture of Islamophobia. Interestingly, Labour did not fare much better and similar sentiments were felt towards them by Muslims.

A Downing Street spokesperson had recently come out and declared “the prime minister has asked the Cabinet Office to conduct an inquiry into the allegations [of Islamophobia] made by Nusrat Ghani MP”. However, many people feel as if they are bowing to public pressure and that this simply does not suffice. Sayeeda Warsi in 2011 raised the same issue and yet a decade later it appears not much has changed.

The issue crossed partisan lines and garnered support from Conservative, Labour and Lib-Dem MPs. Conservative (Natasha Asghar), Labour (Rosena Allin-Khan, Zarah Sultana and Naz Shah), and also Lib-Dem (Hina Bokhari) have all come out and documented their struggles with racism in a piece by The Guardian.

The party’s history with racism

Johnson has previously come under fire for his comments about the burka – which he doubled-down on. This led to an independent review which concluded the party were “insensitive to Muslim communities”, and Islamophobic viewpoints were said to be found both at a local association and an individual level alike. However, the report drew the line at institutional racism and declared that it did not find evidence of this. Professor Swaran Singh who led the review, however, said that despite this that his review certainly had “... found evidence of discrimination, and while the problem is not systemic the party must now act to root it out”.

Not exclusively a Tory problem

Labour in a similar vein has also been accused of racism – but Anti-Semitism rather than Islamophobia. The UK’s human rights watchdog found the party guilty of harrassment and of discrimination under Jeremy Corbyn, with serious failings both in leadership and handling complaints around Anti-Semitism. The BBC in fact published an article detailing a litany of controversies that occurred under the tenure of Jeremy Corbyn, who just recently was told by the ruling body that he would not be reinstated as a Labour MP.

What is clear from the controversies this article has explored is racism is a persistent issue in politics. Conservative or Labour, both the main parties are clearly not doing enough to tackle this issue of both Islamophobia or Anti-Semitism respectively. Whilst headlines are currently dominated by COVID-19, racism has been endemic in politics for an age and will continue to be unless concerted action is taken. 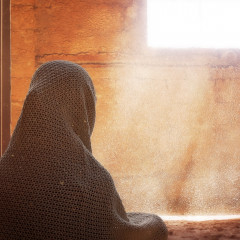 Nusrat Ghani reopens old wounds for the Conservatives around Islamophobia

Conservative MP Nusrat Ghani has recently come out and accused her very own party of Islamophobia. We explore the claims and how racism is an endemic which crosses partisan lines and will continue to, unless concerted action is taken.