At this point, it seems virtually inevitable that the prime minister will be facing a vote of no confidence. The ‘Pork Pie Plot’ to oust the incumbent leader is gaining increasing momentum every day, but what is it, and could it succeed?

You will have to excuse me for the culinary references that will inevitably be used throughout this article, unfortunately it seems political commentators have a panache for naming these on an empty stomach. The Pork Pie Plot responds to the prime minister’s efforts to save his "tottering premiership" - ‘Operation Red Meat’, by attempting to save what is a failing relationship with his backbenchers. These backbenchers hold the key to his political future so it is understandable he wants their support. He is announcing a series of populist policies that he believes will appease them.

The PM is expected to remove the remaining pandemic restrictions that are in place by 26th January.

Johnson announced new plans to tackle the backlog of operations faced by the pressured NHS.

PM will transfer control to the military who will tackle illegal migrant crossings over the Channel.

Johnson will be announcing funding for skills and training for those who are on Universal Credit.

The PM plans to freeze the price of a television license for two years and lock its price at £159.

‘Operation Save Big Dog’ is another plan circulating in an effort for the PM to save face. This, however, is an effort to transfer blame for the parties hosted at Downing Street, from the PM to members of staff and runs parallel alongside Operation Red Meat.

The Pork Pie Plot had emerged in response to the above to remove Boris Johnson from office. The plot is called so because one of the backbenchers spearheading it are Alicia Kearns, MP for Melton Mowbray  - famous of course for its pork pies and now for being eponymous with this plot. Kearns’ (who for her part denies any involvement) supporters are known as ‘Red Wall Tories’, often hailing from areas also known to produce pork pies throughout both the Midlands and the North. To digress, the plot itself came about after a meeting amongst rebelling backbenchers on January 18, who coordinated a plan to oust the PM. All agreed to submit letters of no confidence; all united over their frustration with their party leader ‘telling porkies’ about the parties at Downing Street.

However, this does not necessarily equate to a guaranteed vote of no confidence however for Boris Johnson. Reportedly, there are twenty members of the plot, but this falls far short of the necessary threshold of 54 - although sources seem to be indicating that they are steadily encroaching upon that required number. For all the momentum that the plan seems to be accruing, however, there are still some sceptics who labelled leaders of the move “idiots” and said it would be foolish to dismiss the PM over “... a drinks party”.

PMQs on January 19 was very much emblematic of the current state of affairs at Westminster. There were five main moments that very much captured the essence of the situation facing Johnson.

What became quickly apparent was that the PM was facing attacks from numerous angles. Labour naturally was adversarial and continued to steadily apply pressure regarding the recent events. Still, the silence was deafening and what stood out was the lack of usual support he had from backbenchers.

Keir Starmer continued his momentum from last week and pressed the PM against the ropes. Starmer appeared to be in his element both with his line of questioning and humorous delivery. One cannot help but wonder what the future holds for both Starmer and Labour.

The Tory backbenchers' silence was deafening and their lack of support was surely felt by Johnson. Amidst ‘Operation Pork Pie’, the cracks within the party at this point are laid out bare for all to see; Johnson faces a fight from all angles and this includes with members of his very own party.

One of the most poignant moments came before the commencement of PMQs. Tory MP Christian Wakeford began the session by ‘crossing the floor’, defecting to the side of Labour due to what he described as the “disgraceful” conduct of the PM.

One of the most memorable moments from the session was arguably the most damaging for Johnson. David Davis channelled Leo Amery, imploring the PM to “in the name of God, go” and resign. 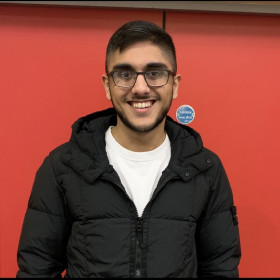 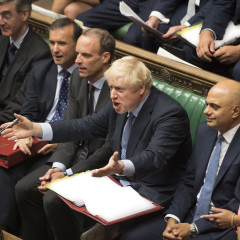 At this point, it seems virtually inevitable that the prime minister will be facing a vote of no confidence. The ‘Pork Pie Plot’ to oust the incumbent leader is gaining increasing momentum every day, but what is it, and could it succeed?