Voice MagBlogs10 of the best music…

In no particular order here are the best music moments from Peaky Blinders so far.

Peaky Blinders is well known for its 1920s style, but the show's contemporary music choices make it an even bigger hit with fans.

The industrial streets of Birmingham’s Small Heath are soundtracked by some of the biggest names in modern music, including Nick Cave, Arctic Monkeys, Laura Marling and Royal Blood. So in no particular order, let's look at some of the best musical moments in the show.

Red Right Hand is as synonymous with the show as Tommy Shelby and his flat cap. The track describes “a tall, handsome man, in a dusty black coat with a red right hand”. A perfect description of Tommy himself, so it's easy to see why this was picked as the show's long-running title sequence. Nick’s elusive, deep voice adds to Peaky Blinders’ overall dark and stormy atmosphere and ties into the characters’ lives with ease.

Do I Wanna Know - Arctic Monkeys

Perfectly timed and brilliantly executed, an instrumental version of Arctic Monkeys hit ‘Do I Wanna Know’ is used in the ending scenes of series 2, episode 6. The directors clearly paid meticulous attention to detail as the characters actions match up perfectly with the beat of the song. Every door slam, walkthrough and revelation parallel Alex Turner's iconic guitar riff. Arctic Monkeys have also had many of their other songs used across the first five series, including Crying Lightning, Arabella, and Don’t Sit Down ‘Cause I've Moved Your Chair.

The punk stars of modern times, IDLES track ‘I'm Scum’, is used over Oswald Mosley’s arrival in series 5, episode 6. This bold track deals with themes of social class, in particular how we view the working class. The track's sentiment slots straight into the ideals of Peaky Blinders, which sees a working-class man rise through the ranks, eventually becoming an MP. Sonically, the song’s fast pace adds an overall sense of excitement to the scene that creates instant unmissable drama.

Out Of The Black - Royal Blood

In series 2, episode 3, Royal Blood’s compelling ‘Out Of The Black’ soundtracks Arthur’s few moments alone in The Garrison before the mother of the late Eduard Ross comes in to cause trouble. Out Of The Black is a dynamic, vigorous rock tune that flawlessly foreshadows scenes to come whilst fitting seamlessly over the sequence of events beforehand.

‘Bad Habits’ is a 70s style rock tune with loud, prominent guitar lines that beg to be heard.  Played in series 3, episode 4, when Tommy loads his gun and follows Father Hughes, an alleged child abuser who abused Michael Gray when he was a child. Whilst the scene is set at a town fair, the track’s name is an excellent metaphor for the character as a priest's uniform is indeed called a habit. The track adds a sense of urgency to what otherwise looks like an innocent picture.

Soundtracking the end of Tommy and Grace’s love story (for now), Jack White’s anthemic cover of U2’s Love Is Blindness features in series 1, episode 6. The song dismantles the meaning of love with raw, heartbroken vocals drenched in pain. The song also flows through to the scene where Grace and Major Campbell are at the train station moments before Campbell pulls out a gun on her with the lyrics perfectly describing both characters' situation at that time.

Utilised over the iconic Peaky walk, The Kills track, ‘DNA’ adds to the bravado of 1920s gangsters in their well-pressed suits and flat caps. Although only used for a matter of seconds, Allison Mosshart’s high climatic vocals set the tone for the upcoming events that unfold with the Peaky boys and antagonist Luca Changretta in Series 3, Episode 2.

‘Snake Oil’ is placed over a scene where Tommy plans for a shootout with Changretta and his men in series 4, episode 4. This song also lays over the Peaky walk whilst industrial noises can also be heard. Snake Oil then continues quietly playing in the background anticipating a buildup and adding an air of uncertainty to the scene.

Joy Division’s sombre song ‘Atmosphere’ is played in series 5, episode 5. A black hearse travels along Birmingham’s gloomy and polluted streets after a 10-year-old boy was killed on the street when the Shelby’s were targeted. Atmosphere makes the scene even more gothic and earnest as Ian Curtis’ exemplary lyrics complement the show’s aesthetic wonderfully.

Laura Marling - What He Wrote

‘What He Wrote’ is a peaceful, acoustic track that paints mental images of churches, dark skies and inconsolable people. Laura Marling’s medieval-like tune can be heard in series 2, episode 5, when Polly is quietly contemplating before she goes to pick up her son Michael from prison. What He Wrote reinforces the pain and sadness within the scene whilst also tying it together in a cinematic style.

The music choices in Peaky Blinders are well thought out, and whilst this is a list of ten songs, there’s plenty more to choose from. The blend between contemporary and vintage is one of the reasons why Peaky Blinders has remained one of Britain’s best programs. No one knows what will happen in series six but one thing’s for sure, the music is set to be equally as blinding as the Blinders themselves. 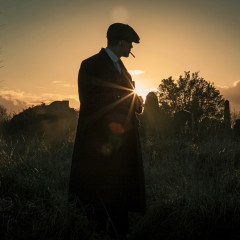 10 of the best musical moments from Peaky Blinders

In no particular order here are the best music moments from Peaky Blinders so far. 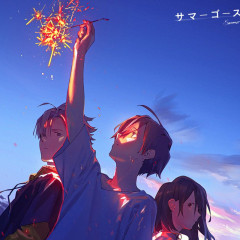