Seb Liese is the perfect demonstration of how hard work pays off.

The mild mannered Dutchman was always interested in becoming involved in videogames, but at 17 was ultimately dissuaded from pursuing it at university, and instead went into biology. It was partway through his second year he realised that he had made a horrible mistake, but seeing as he was halfway through, decided he "might as well finish it". From there he went into teaching biology at a school.

It wasn't until Spore was released that Liese started to once again question whether he was in the right industry. Spore was one of the first games that let you create and distribute content over the internet to the community. Seb strived to become the most subscribed content creator on the network, and succeeded. Two years after starting he got invited to San Fransisco to the offices of Maxis, the developers behind Spore. Despite spending a week there, he was never offered a job.

Worried he had blown it and missed his chance, Seb was then excited to hear that the creators of LittleBigPlanet (LBP) were hiring some of the best community creators. He went and purchased a PS3, and once again began working towards hitting that coveted most subscribed position. For two years he worked nearly every evening creating content, and although never made it to that number one spot, did get the job offer from Sumo Digital. Seb quit his teaching job two months later, and moved to England to begin his life as a game developer. Although many might see it as a big jump, Seb Liese had "no shadow of doubt that [he] had to do it. It felt like [his] chance to become what [he] was meant to be". 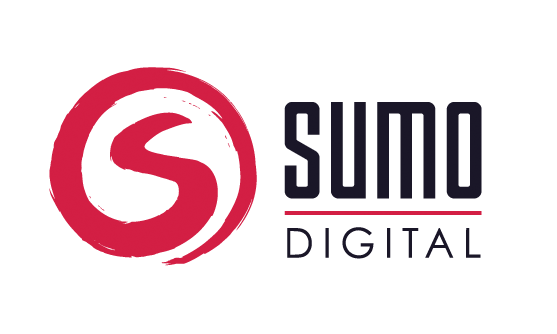 He subsequently worked on LBP 2 DLC, and LBP 3, but when that particular series was over, Seb felt like Sumo weren't quite sure what to do with him. He had no formal training in game design, and had only been working with LBP up to that point. To rectify that, he decided to learn Unreal. It was during this time that the concept for Snake Pass was born.

While attempting to make a rope in a 3D game swing when the player touched it, he accidentally pressed play. The rope fell to the floor and because of the collision detection, started moving around on its own.

"Wow, I've never seen anything like that, I wonder if I could control that rope as a character."

That curiosity, coupled with his knowledge of biology and snakes - having owned two while at university - led Seb to redesign the rope as a snake.

He showed his demo to a college at work, who absolutely loved it. The following week there was a game jam, and on a whim he decided to enter what he'd created. Surprisingly, he won! They then put together a small team to make something out of the game jam that could be put online for free as a promotional thing. However, at the end of the three months, the bosses were so impressed with the idea that they decided it would be a waste to just push it out as a freebie, and instead decided to dedicate a real team and budget to the game.

A demo was constructed for EGX Rezzed 2016 as a make-or-break moment. The reaction of the attendees would decide whether or not the game got continued. Needless to say the response was so overwhelmingly positive they knew they were on to a winner, and the very next Monday decided to make a proper game of it.

The rest is history.

Speaking about the motivations behind the game, Seb explained that:

"We wanted to make a game that was a contrast to all the gritty shooters and the repetition of games that [have been] coming out lately, and really create a game that if you have had a hard day at work or at school you can come back and put this on and it puts a smile on your face."

Asked how to describe Snake Pass, Seb laughed "It's the most unique game you've played in the last few years. It's hard to put it on a genre but we put it as a puzzle platformer".

In Snake Pass you play as a snake called Noodle, and are accompanied by a bird called Doodle. You can't jump, and therefore have to think and act like a snake, traversing the environment by scaling and slithering. The peace and tranquility of Haven Tor has been disrupted by a neerdowell, and it's your job to return the gem-like Keystones to the magical gates. "Initially it feels like there's a lot of randomness to the controls but as you get better and better you learn to eliminate the randomness and once you master it there is no randomness."

There is between 8-10 hours of gameplay, but that very much depends on how you play it. People are completing it in less than seven hours, but people will most likely 100% it in between 15-16 hours. If you want to just blast through it and just collect the gems that will be between two to three hours, but speedrunners are already doing it in 1hr25. Seb said he wouldn't be shocked if further along there are people completing it in under an hour. In doing so however, Seb feels that you are missing an important part of the game.

""I love the games that are all about a dialogue between the designer and the player, and where the designer is going "can you get that one?" and then you try, and around the corner 'how about this, can you get this one?" Sometimes I feel like an evil mastermind when I put a coin there and know that some people are going to rage over this"" There is still loads of stuff that Seb and Sumo Digital want to do with Snake Pass, but that will all depend on whether or not the game does well in its initial release. So far the reviews have been very promising.

I personally found the game very easy to quick up and play, but then quite difficult to master. The learning curve is always just enough to make you want to try again, try harder and keep going until you get there.

"Everyone enjoyed that learning curve, they loved the fact that something that was difficult yesterday was easy today." Snake Pass is available now on Nintendo Switch, Steam, PlayStation 4, Xbox One and Windows 10. Visit the website for more information. 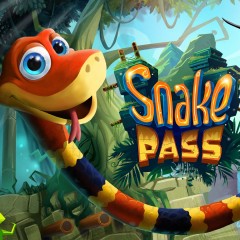