With VR showing no signs of slowing down, I was not surprised to see it be given dedicated space at Rezzed. However, I was surprised by how far VR has come since I last played it, and just how fun it can be.

Popup Asylum is a game developer who have been making games since 2013 but recently delved into the world of VR, and BeeBeeQ is their first effort.

What's great about BeeBeeQ is that it's not an isolated VR experience. It's a party game, where up to five players can play at once. Up to four people can play using controllers, and then one is in VR. The VR player is a chef, attempting to BBQ up meat, while the players on controller are a squadron a bees, determined to prevent the BBQ taking place.

Martin Ashford and Mark Hogan have been making games since 2013, and their day-jobs involve making VR products for marketing. They decided to take the skills of their day jobs and make games as a hobby alongside the 9-5.

The asymmetrical party game BeeBeeQ offered a technical challenge in that it is rendering up to six times at once. With VR you are rendering twice - one for each eye, so to speak. Each split-screen controlled bee then add a further render. Popup Asylum combatted this through condensing a lot of the artwork down, and going for a more cartoony style that gave them more control. They adopted a very iterative process to development, adding more and more features until something broke. They'd then fix that and continue. 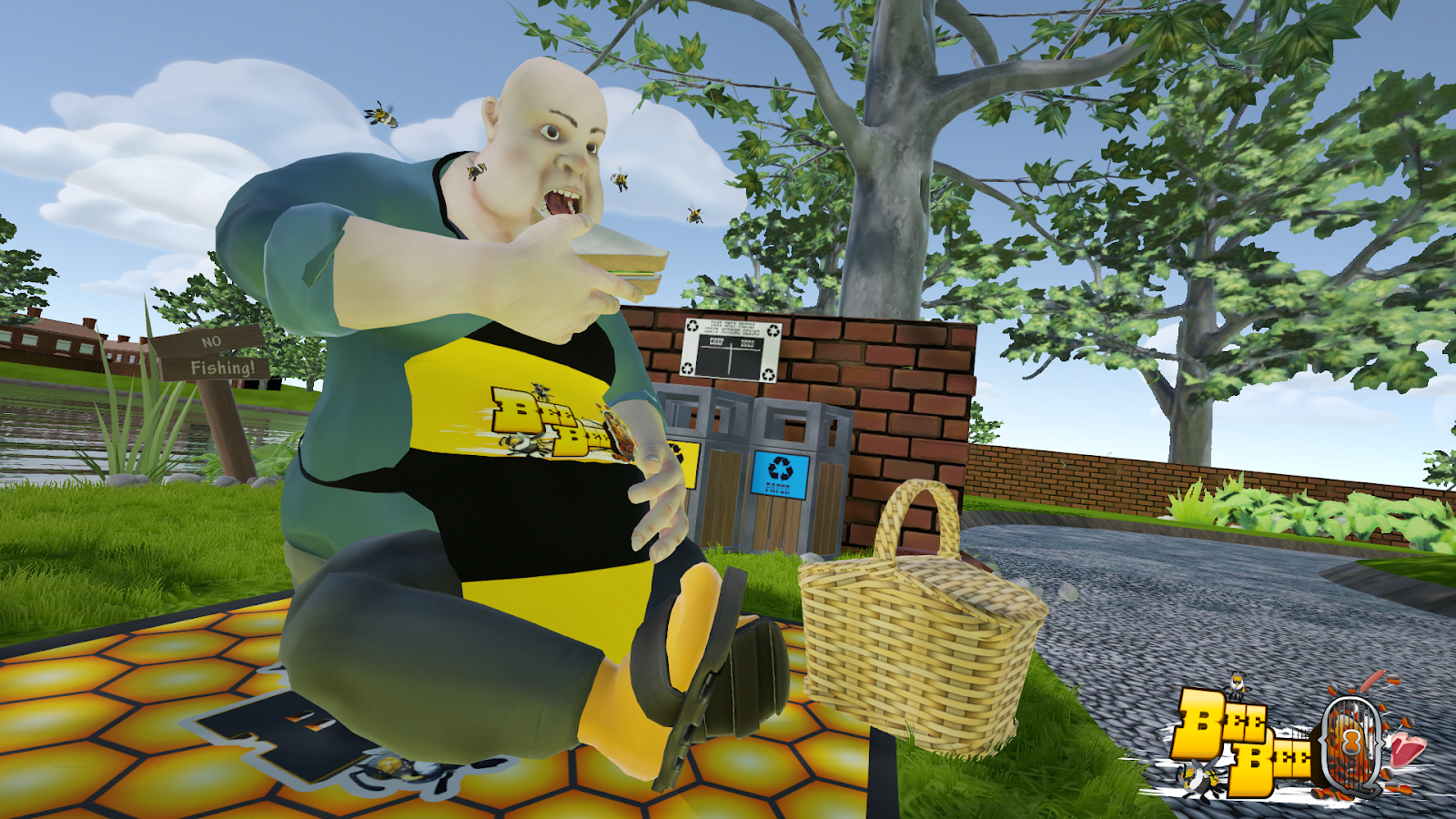 That work has certainly paid off as they are still maintaining 90 fps most of the time, and still have months to continue refining before their targeted summer launch. A lot of that time will be used to add new features. Martin and Mark intend to add loads of new levels, a deathmatch mode and a stealth mode. They even have toyed with the idea of "competitive recycling" - a basketball mode that uses rubbish.

I found the VR experience to be smooth and fun, and the concept of taking VR from what tends to be quite an isolating experience into a more a social one is likely to be a winner.

For more information, you can visit Popup Asylum's website. 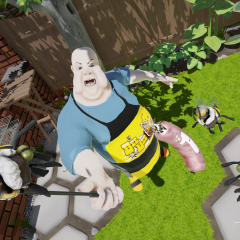 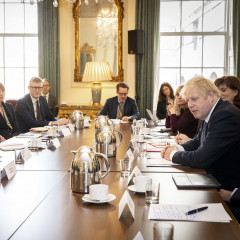