Voice MagFeaturesLeaving the EU: Is i…

The Brexit campaign feel Britain would be better out of the European Union. But what are the arguments for leaving?

There is to be a referendum on on June 23rd that will decide whether or not Britain remains a part of the European Union.

Both the Remain and the Leave campaigns are touting stats and figures of varying validity, but we wanted to cut through the hyperbole and present the core political science arguments, without the bias.

Brexit want us out of the EU, predominantly on the argument of regaining national sovereignty, and controlling our borders.

They argue that the EU has usurped power from Parliament, and is undemocratic. They also reject the arguments presented by economists that the UK is better inside the EU, presenting the case that by leaving we will be free to negotiate treaties with any country in the world.

They also suggest that leaving the EU will result in fewer people coming into the country, as we will no longer be bound by the free movement of people. Apparently this will allow us to have more control over who we let in, and only take those who are skilled. They however are unable to provide an answer as to how that will be managed.

Below are some of the key arguments for voting to leave the European Union. A link is at the bottom to view the opposing argument.

Being a member of the EU requires the acceptance of EU law, else you face a fine.

While Britain has chosen to ignore any EU legislation it has found unsavourable (voting rights for prisoners being an example), a degree of sovereignty has still been relinquished to the supranational collective. Leaving the EU would bring back complete control over British laws to the British Government. We would be free from the European Arrest Warrant, which requires member states to arrest and extradite any suspects to the issuing state, but does mean it takes longer for us to bring anyone who has committed a crime in this country back to face charges. Additionally, we will still be bound by the European Court of Human Rights, as it's a separate institution, but leaving the EU means we are no longer obligated to be a part of it.

Small and medium enterprises (SME) only account for 6% of trade with the EU, and 90% of the UK economy is not involved in trade with the EU at all. Despite this, they are all bound by EU regulation, such as the Working Time Directive, and Health and Safety legislation. Additionally, we have no independent voice in the Word Trade Organisation The Eurosceptic think tank Bruges Group claim that leaving the EU but staying the the EEA would create 1 million new jobs. Vote Leave also claim that we can renegotiate the terms of our trade agreements with the EU, while leaving Britain free to go it alone to set up trade agreements in other markets.

As a member of the European Union, you have to pay a contribution to membership.

It is often reported that we pay £350m a week - ignoring the UK rebate, the money we get back from the EU, and grant money given to the private sector - to be be a part of the EU. The Vote Leave campaign argue that this money could be better spent in Britain, namely suggesting the NHS would be a benefactor of this. UKIP MEP Gerard Batten, writing for the Bruges Group said that being a member of the EU cost Britain £65.7m in 2008 alone in red tape, waste and fraud. Additionally, we would regain some flexibility over VAT.

This is perhaps the big issue, and the underlying argument for the Leave campaign - Regain control of our borders and stop the flow of immigration. Despite not being part of the Schengen Area (where you can travel through countries without showing your passport), we still have little control over deciding who can come into the country if they are from the EU. Leave campaign suggests that the EU immigrants are putting a strain on our public services, such as the NHS and benefits. They also point to the migrant/refugee crisis as a need to leave, since the Fundamental Charter prevents the EU from turning the ships back around.

Vote are the official delegation for the Leave campaign, and their website provides more information on the arguments for going. Remember that you will be reading a website with an agenda though!

For a history of the EU, follow this link.

If you want to get a better understanding of the different institutions, follow this link.

We have also covered the arguments for staying in the European Union, and these can be found here.

Please do take the time to read both sides of the argument, and do some of your own research, and then register to vote. The deadline for this is the 7th June. Doing so only takes five minutes, and you just need your address and NI number if you live in the UK. Voting is a civil liberty that is so often taken for granted, with people dismissing the vote as unfair, or undemocratic. Well this is a referendum, which is incredibly democratic. There are no constituencies, no party politics, no winner bias. It is one person, one vote, two options. Your vote will directly influence the outcome of the referendum, and help decide the future of this country. Please don't waste this opportunity. 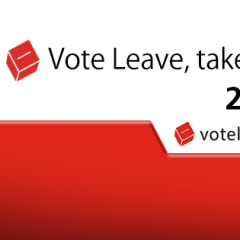 Leaving the EU: Is it time to go?

The Brexit campaign feel Britain would be better out of the European Union. But what are the arguments for leaving?