There is often a lot of confusion over how the European Union came into existence. Got questions? You're in the right place.

On June 23rd there is to be a referendum about whether or not Britain remains in the European Union.

A lot of people are familiar with what the EU is today, but are perhaps not aware of the road that led up to what we have today. The creation of the European Union was by no means an easy accomplishment, and was very often held together with compromises and collaborations.

We have detailed the most significant points of Europe's 65 years of working towards an ever closer union.

The European Union came into existence in 1993, but there is a lot of history behind its inception. The roots of the EU can be directly traced to 1951, with the creation of the European Coal and Steel Community (ECSC). The context for its creation was in the aftermath of WWII, with France seeking to secure lasting peace in Europe through the pooling of steel and coal with the Federal Republic of Germany, and any others who wished to join. At the time of signing, it was Belgium, Italy, Luxembourg and the Netherlands who accepted the invite.

The ECSC nearly collapsed after the failure to create a European Defence Community, but was rescued when the six agreed to further integration, signing the Treaty of Rome in 1957, which created the European Economic Community (EEC). The treaty created a common market and a customs union between the member states, making it easier and cheaper to trade goods within the union. It also introduced the Common Agricultural Policy (CAP), which was introduced to protect farmers from unstable markets and developments in Third World farming, and ensure they received a fair wage. It was here that things became more political, with the treaty's preamble stating that they were "determined to lay the foundations of an ever closer union among the peoples of Europe."

Things became difficult during the 60's, with French President Charles De Gaulle taking a very protectionist view of the EEC, not wanting to do anything that undermined French sovereignty or influence. The EEC basically ground to a halt before being resolved by the Luxembourg Compromise, which allowed member states to veto any legislation that threatened vital national interests.

1973 saw the first enlargement of the ECC, with the UK, Denmark and Ireland joining.

The next big development was in 1992 with the signing of the Maastricht Treaty, which formally created the European Union. It created a 'three pillar structure' which outlined the competencies of the EU - European Communities, Common Foreign and Security Policy, and the Justice and Home Affairs. It was this treaty that introduced the Euro.

The Treaty of Amsterdam and the Treaty of Nice were signed in 1997 and 2001 respectively, but they were nothing more than tinkering with the workings of the EU, cleaning up leftovers of Maastricht. The next big event was the rejection of the European Constitution by French and Dutch voters at National referendums. The Constitution was largely an amalgamation of former treaties, all brought together under one document, although there was new content in there. With the rejection by France and the Netherlands, the Constitution was as good as dead, and was subsequently never ratified. It also left the EU in a slight crisis.

This was resolved (messily) by the Treaty of Lisbon in 2007, which was enacted in 2009. The Lisbon Treaty is considered a dark point for European politics, on account of how it was implemented. The treaty was essentially the same as the failed constitution, just written in a more obtuse and inaccessible manner. It abolished the pillar structure, introduced a long-term President of the European Council, made the Charter of Fundamental Rights legally binding, made the EU its own legal entity (allowing it to sign treaties with other states), introduced a clause for leaving the EU, and outlined the mechanisms that allowed it.

The contention came from the Irish, who held a referendum on the Treaty, which was rejected by the public. It came about over concerns about the recognition of same-sex marriage and abortions, the reduction in size of the European Commission which meant Ireland would lose their representative, and indeed a lack of understanding over the Treaty - if you don't know, vote no!

Although a severe blow to the EU, they weren't going to let it die, and instead made concessions for Ireland, in addition to the media of other states bullying Ireland. A second referendum was held, where Ireland was expected to return the desired results, and they did, allowing Lisbon to be ratified and enacted in 2009.

This article is one in a series we have published on the EU in the lead up to the referendum.

Please do take the time to read both sides of the argument, and do some of your own research, and then register to vote. The deadline for this is the 7th June. Doing so only takes five minutes, and you just need your address and NI number if you live in the UK. Voting is a civil liberty that is so often taken for granted, with people dismissing the vote as unfair, or undemocratic. Well this is a referendum, which is incredibly democratic. There are no constituencies, no party politics, no winner bias. It is one person, one vote, two options. Your vote will directly influence the outcome of the referendum, and help decide the future of this country. Please don't waste this opportunity. 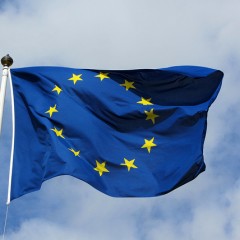 There is often a lot of confusion over how the European Union came into existence. Got questions? You're in the right place. 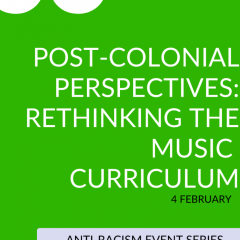