Find out more about the panelists for Arts Award's Twitter Party, that will be held during Arts Award Week 2016. Please note, this event has now happened.

Zoe leads on all things digital for Creative & Cultural Skills. This includes running its careers resource Creative Choices, which provides advice and guidance for making your way in the creative industries.

Ciarán began his career in management consultancy with KPMG Sydney before moving to London where he worked with a range of clients such as EY, Intersport, Vodafone and Oakley, and found a passion in growing businesses and building a community around them which brought him to join Hiive in September 2013. Since joining Hiive, Ciaran has overseen the development and successful launch of Hiive, the professional network for creatives.

Hiive is a professional networking site. It's a digital community of collaborators from the creative industries all across the UK. It allows professionals, employers and educators to tap into the creative industries collective insight. Hiive has over 60,000 members and 3,000 businesses including Sky, Penguin, Channel 4, Sony, BBC, Framestore, Facebook, Google, BFC, ITV and more.

Kirsten Mackenzie is the Marketing and Communications Lead at Creative Skillset.

Creative Skillset is the industry skills body for the Creative Industries.

It works across film, television, radio, fashion and textiles, animation, games, visual effects, publishing, advertising and marketing communications. It works with and for the Creative Industries to develop skills and talent, supporting productivity and employability.

She has developed mentoring programmes; sourced work placements for trainees and delivered training schemes to provide learning opportunities for young people. Using this expertise and knowledge, she regularly gives talks on breaking into the film/television industries, together with providing careers advice so trainees can hone and strengthen their offer to prospective industry employers.

More recently, she has been working the UK Space Agency on a filmmaking competition where winners had their films uploaded to the International Space Station for British ESA astronaut, Tim Peake to watch in space. She currently runs a careers outreach programme to highlight the skills shortage the UK's visual effects industry faces.

Into Film puts film at the heart of children and young people's education, helping to support their academic, cultural, and social development.

Sarah Allen is MozFest's producer. When she is not focused on MozFest, she helps with other Mozilla convenings around the world.

Sarah draws her experience from a diverse events background having worked with creative and inspiring companies, such as Movember Europe, Family LTD (fashion show production), The Royal Shakespeare Company, Secret Cinema and CSM iLUKA. MozFest 2016 will be Sarah's fourth festival.

Mozilla The Mozilla Foundation is a non-profit organisation that was established in 2003. They are the creators of the Firefox internet browser and believe in a free and open web source.

Venu Tammabatula is the Founder and CEO of Gamar.

Gamar was born out of the belief that learning and discovery can be great fun, especially when delivered through immersive gaming experiences.

Gamar is the producer of game creation platform which use visual recognition, augmented reality and machine learning for museums to create an effective in-gallery experience by themselves and turn a family day out into a fun learning experience.

They have delivered 'never done before' immersive and educational games to the British Museum, the V&A and other major attractions. Look out for Gamar app with all our games in Apple AppStore and Google Play.

I'm a freelance filmmaker, and I've been filmmaking for the last 6 years, producing various videos across the country. I've been involved in many projects in Birmingham, working with a variety of people and art organisations such as Mac Birmingham, Sampad the Drum, and Arts Award.

My name is Ashlee Brown, I'm 18 and I'm from Runcorn. I'm currently at college where I've been studying acting for the past two years. I'm hoping to go into TV and film once I've finished my course, although I would like be an actor, in college I've also discovered an interest in script writing and directing so I think I would like to try them out as well. I have completed Bronze, Silver and Gold arts award, all done at The Brindley Youth theatre where I attended for four years.

Lucy Spraggan appeared on the X Factor in 2012, since then her audition video has been viewed 35 million times on YouTube. She was also the most Googled musician of 2012, after she came off the show and immediately signed to Columbia Records.

Her debut album Join the Club was a top-ten success and Lucy has enjoyed sell-out tours since then. Her latest record We Are was released on her own label, CTRL Records, after Spraggan opted to take the independent route the second time around. The album just missed out on a top twenty position and was highly acclaimed as one of the best singer-songwriter albums of 2015.

Lucy's music-writing career began with Don Maclean and Kirsty McColl as her major influences, embellished with the folk riffs of Peter, Paul and Mary and taking on the punchy riffs of traditional R and B. A period spent living and playing in New Orleans, sucking in the sounds and sights of that incredible history of music, has brought Lucy to her current style.

Her name is now synonymous with the cross-border sound she calls AFLOP; the melodic middle ground where pop and acoustic folk meet, the toe-tapping interpretations of classic sounds and the harmony-heavy ballads that she pulls from modern rhythm and blues, turning the rattle of rap into sing-along folk-style numbers that are hard to forget.

Lucy embarked on the road solo in 2016, for the first time leaving the band at home for her acoustic tour. She also released a new EP, Home, giving fans a taster of what's to come from her next studio album.

Anthony Anaxagorou is an award winning poet, prose writer, playwright, performer and educator. He has published eight volumes of poetry, a spoken word EP, a book of short stories and has written for theatre.

His poetry has appeared on various BBC programmes over the past decade while also featuring at the British Urban Film Awards and BBC 6 Music. In 2013 his poem Dialectics was interpreted and performed by Cirque du Soleil in Las Vagas. In 2015 his poetry and fiction won him the Groucho Maverick Award.

He founded Out-Spoken in 2012 and has since launched Out-Spoken Press a publishing house specialising in poetry, plays and critical writing. His work has subsequently been studies at Universities across the USA, UK and Australia. As well as being translated in Spanish, German, French and Japanese.

Charlie Dark has worn many creative hats in his long career as both a poet, DJ and cultural influencer.

Over the last ten years he's worked with a number of major brands such as Sony, Nike, Beats by Dre and Louis Vuitton.

By day he can be found teaching poetry and creative writing in schools and when not playing with words can be found running around the streets of London with his latest project Run Dem Crew. 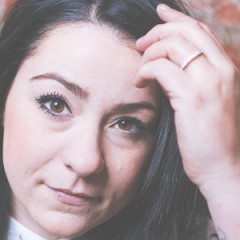 Find out more about the panelists for Arts Award's Twitter Party, that will be held during Arts Award Week 2016. Please note, this event has now happened.