Voice MagFeaturesWho did it better: P…

Let's get this straight - there is nothing or no-one that can be compared to the greatness that is Lou Reed. His other works have been considered tremendous, so why does Transformer stand out in particular?

Well, Transformer (released 1972), is well known for not just being one of the many staples in early glam rock history (much like David Bowie's Ziggy Stardust), but the album is also known for its then-controversial content regarding drugs, sexual ambiguity and transvestism, thus striking a chord with the gay community in the early 70s, the decade when the community started to fight back and gain rights.

The album is often considered a massive influence (despite its average chart performance) for LGBT people, because its content proved that Mr Reed couldn't care about the controversy he made; he did things his way and ended up being one of the great voices of his generation. And you can't forget about Walk on the Wild Side - lyrics about oral sex, transvestism, and male prostitution? Why wouldn't you write a song like that to defy a homophobic and ignorant government of that era?

Another thing about this album that you simply can't ignore is the sound - experimental, stylish, Reed's deep and alluring voice; it's what made him so iconic. Perfect Day is another reason why! Its gentle but sad lyrics proved him to be a versatile writer and also made waves when it was covered by several artists (such as Duran Duran) and used by the BBC Children in Need for their media campaign, due to its lyrics concerning drug abuse and what seemed like a never-ending cycle of pain…

Let's us now move on to one of my favourite bands, Placebo. This trio of androgynous and angsty Europeans have really helped to keep the spirit alive in the 21st Century, due to their unique style and lyrics that remain relevant to their isolated and outcast contemporaries, hence the reason they're called "a glam-punk Nirvana".

What a way to begin this start with their eponymous album, Placebo? It's an album that not only provided a footstep for the band into fame (and a strong cult following), but the album holds up as one of the icons of alternative rock. The album's lyrics, like Transformer by Lou Reed, contain lyrics regarding promiscuity and drugs, as well as the angsty side of the alt-rock sound in the 1990s.

But this time, although less controversial, it still made the kids of 1996 go crazy! The amazing thing about this is that the general public very quickly accepted the band's androgynous fashion and ambiguous sexually - which appeared rebellious at the time - which for me shows a generation already embracing change.

The sound of the album, in my opinion, simply envelops the lyrics with its reminiscence to the early grunge and Sonic Youth sounds in the early 90s and late 80s. Not only that, the band established their own version of alt-rock by not just sticking to one sound; the album is diverse, both in terms of songwriting and music, because songs like Nancy Boy and Bruise Pristine showcase the punk and aggressive side of alt-rock, whilst others such as Lady of the Flowers and Teenage Angst deliver the lighter, radio-friendly appeal, whilst still making a mark on the alt-rock scene in England and Europe. As far as I'm concerned, Placebo are gods!

What do you guys think? Which band rocked best? Let us know why in the comments. 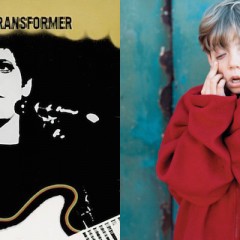 Who did it better: Placebo or Lou Reed 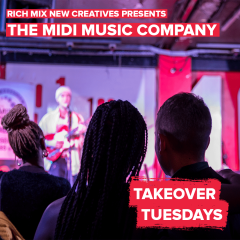