While everyone expected films like The Revenant and The Danish Girl to dominate, it is somewhat surprising to see films like Beasts of No Nation and Straight Outta Compton completely snubbed. Idris Elba who was up for two Golden Globes surely deserved a supporting actor nomination for his terrifying warlord? And if not him why not Samuel L. Jackson for his role in The Hateful Eight? Even Benecio Del Toro in Sicario?

The list goes on, Will Smith, Michael B. Jordan, there is no shortage of fantastic non-white actors who could have been nominated. Moving to the LGBT scene the picture doesn't get an awful lot better. The Danish Girl tells the story of a trans woman who undergoes one of the first sex change operations. However, while Eddie Redmayne did receive a best actor nomination, both this film and Carol were snubbed from best picture. This means that perhaps the most significant category is full of nominations which are exclusively about white, straight people, and with a few exceptions, mostly male dominated. Moreover, the nominations that these films did receive were for straight actors who were playing LGBT parts whereas, despite his many other awards this season, gay director Todd Haynes didn't receive a nomination for Carol.

Perhaps an argument against this is that the actors who were 'snubbed' just weren't as good? This argument might be ok if non-white and LGBT actors had the same opportunities in Hollywood, but this is sadly not the case. This is seen in the paradoxical reactions to casting last year, with audiences less concerned about the white-washing of Native American, Asian and black characters than with the casting of black characters in 'white' roles. More importantly the Oscars is a goal for many actors and directors, with films often being created with this goal in mind. For the last few years Leonardo Di Caprio's career has been filled with the same blockbuster roles in an aim to win this award. As much as many of us would love to see him finally win, this shouldn't be at the cost of other actors.

Why is this important? Because if films like Beasts of No Nation and Straight Outta Compton aren't as successful in awards season as films like The Revenant, this can have an impact on what kind of films studios produce in the future. It can promote already successful, predominantly white and straight films simply because they are 'award-winning'. This gives little opportunity to some very brilliant films. It is also the case for actors like Elba who are equally as talented, if not more so than blockbuster actors like Matt Damon, but just aren't afforded the same opportunities.

The important question is why is this happening? It would be very worrying if voters were deliberately marginalising these films, but what is perhaps more likely, and in some ways more sadly, they are simply overlooking them. With the hype of huge films like The Revenant, it is easy to miss smaller films, with this often happening in the mainstream media, and at the box office too. While something absolutely needs to change in the Oscars, what we can do at home is just as important. If we choose to support films with diversity, then hopefully, eventually, this will have a knock on effect in the industry. 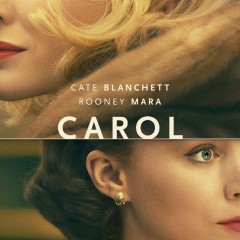 What is Hollywood's problem with diversity?