The Arts are everywhere. They bring us passion, creativity, beauty, the grotesque; they entertain, inspire and bring people together. The Arts give us freedom of speech not only through words but also with colour, music and live performance. The Arts can make us question the world around us - what it is and what it could become - and in some cases make us want to change the world completely.

Theatre is a form of performing arts that has been used throughout the years to encourage social and political change. Within the 20th Century, the effects of the First and Second World Wars appalled German playwright Bertolt Brecht. The turmoil of the times through which Brecht lived, as the the Nazi's came to power, gave him a strong political voice and through the progressive theatre he created he expressed his own personal voice via the stage. Brecht had the courage to express his views of war though his original and unique style of Epic Theatre. He stated that: 'Art is not a mirror with which to reflect reality but a hammer with which to shape it'.

In 2016, our global society is still defined and dictated by war. 1967 was the year that the Israeli Occupation of the West Bank and Gaza strip started, thus Occupied Palestine was born and is now home to thousands of Palestinian refugees. Within Jenin Refugee Camp situated at the north of the West Bank, The Freedom Theatre is generating a cultural resistance similar to that of Brecht; a resistance through Art. Despite the oppression that The Freedom Theatre faces, their vision of generating a freethinking, creative and critical society only strengthens with each day.

The Freedom Theatre is creating a vibrant and creative artistic society within the refugee camp, emphasizing professional practice and the innovation of the community. According to their website The Freedom Theatre's aim to 'empower youth and women in the community and to explore the potential of arts as an important catalyst for social change'.Through its work, The Freedom Theatre raises the quality of performing and visual arts within the refugee camp, offers a safe space in which children and young people can act, create and express themselves freely and equally, helping them to imagine new realities and change existing social and cultural barriers. For example, boys don't have to become martyrs and girls don't have to become housewives. Their work empowers the younger generation to use the arts to promote positive change in their community and allows them to break the cultural isolation that separates Jenin from the wider Palestinian and global communities.

Faisal Abu Alheyjaa, is one of the Freedom Theatre actors/directors and is born and bred in Jenin Refugee camp 'There is a lot of pain in the community. But theatre gives me hope. When I am doing theatre, I feel I am not Faisal. I feel I am the voice of Palestine. I remember the time we were performing a play called The Island, it is about the apartheid era in South Africa. There are many parallels between the South Africa and Palestine's situation. So it got people very excited. They were connecting it with the condition of Palestinians in Israeli prisons'.The Island is written by Athol Fugard, John Kani and Winston Ntshona, the play is about the friendship between two prison inmates. One is to be released soon, and the other is serving a life sentence. They spend their nights rehearsing to perform Sophocles' Antigone. Even in their agony, art keeps them afloat. The Island, like Brecht, uses the Greek Epic to make a political point about war and oppression.

Although the West Bank is disputed territory, The Freedom Theatre opens its doors as a safe house, facilitating theatre workshops of creative freedom. Despite the fact that Brecht wanted his audience to be objective and distant from emotional involvement so they could reflect on any social comment or issue of his works, both Brecht and The Freedom Theatre responded to War with Art, using Art to promote social and political change. If the world took influence from these practitioners and made Art and not War, the world could be a much more peaceful place. 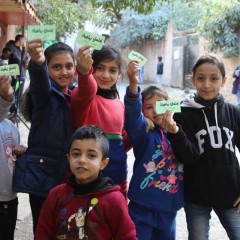 Make art not war: theatre of social and political change 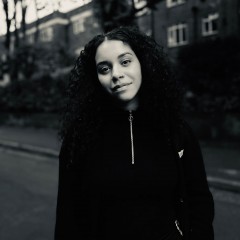