On 10th January 2016, we lost yet another legend to cancer – this time, it was David Bowie's turn to bid farewell.

David Bowie was no ordinary man – he was a musician, an actor, an LGBT activist, an artist, and an overall artistic revolutionary. Bowie achieved all this in over 50 years, but what exactly made him so special?

He began making music in 1965, and released his debut David Bowie in 1966. However, he became more than a mere musician when he released Ziggy Stardust in 1972, bringing along with him an iconic androgynous image and a fabulous musicianship that reached out the miserable teens of the early 70s and inspired millions across the world for half a century onwards.

At the start of his career, David Bowie became well known for his youth-appealing lyrics that captured the isolation and angst of human nature, which continued to evolve into his well-known art rock style. He was also well known for his constant change in appearance – from the glam Ziggy Stardust to the happy hipster he was before he passed away. This change helped to keep him relevant with the younger generation, and thus presented him with an extremely chameleonic image.

Personally, the most saddening part about his life was the end – "Blackstar" has now become his final album, released two days before his death. Bowie had been battling with liver cancer for 18 months, and died two days after his birthday. Blackstar's producer has since confirmed that he saw the album as his parting gift. In his usual style, Bowie made sure he went out with a bang, so now the album reflects a life well lived, and now the whole world celebrates his life and the artistic icon that was David Bowie. Even in death, nothing has changed. 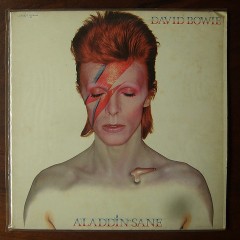 The Man Who Changed the World

On 10th January 2016, we lost yet another legend to cancer – this time, it was David Bowie's turn to bid farewell.