Voice MagFeatures2015's been a pretty…

Women achieved great things in 2015 and raised awareness on a global level - it's made a big mark across the arts, but what else needs to happen?

In this year's MediaGuardian100 - which annually considers the 100 most influential people in media - 31 percent of the individuals listed are women. It's an important result, if we consider that in 2015 the number of women in the list has increased by more than half, compared to last year. However, there is a long way to go. If we look at ethnic minorities, only 10 per cent are women representatives of these groups. It's no surprise that the most powerful positions in media and the arts are occupied by white men. Despite this, the current situation is moving in the right direction and many efforts are made to ensure this keeps going.

In 2015, a lot of influential women have denounced their subordinate positions in the work environment, and addressed taboo topics; very notably in Hollywood. In September, there was the launch of Lenny Letter, a feminist newsletter created by Lena Dunham and Jenny Konner. It was on Lenny that Jennifer Lawrence's article about the Hollywood wage gap first appeared. The actress wrote about the fact that her male Co-stars are paid more than her in Hollywood. Her words immediately achieved a global media coverage.

In music, Taylor Swift and Adele were two of the most influential women of the year. Taylor Swift stood against Apple's decision not to pay artists during the 3 month trial of its new music streaming service. She sent a letter to Tim Cook, Apple chief executive, and she was able to convince them change their mind. Adele made a huge comeback this year with her new album 25. She has proved herself as one of the most prominent musicians of the year and her album established a new first-week sales record in the UK, with similar results also in the US.

Among the many fields related to women's accomplishment this year, we must not forget ballet. At the end of June, Misty Copeland was promoted to Principal dancer at the American Ballet theatre. She is the first Afro-American woman to achieve the highest role in the company. She started to dance at 13 years old, a late start according to traditional ballet canon.

In theatre, Made in Dagenham has been a successful and well-received show with a focus on women's rights in the 1960s. The musical was shown at the Adelphi Theatre in London over the past winter season. Made in Dagenham was praised for how powerfully it narrates the story of Rita, a Ford worker in Dagenham who fights for women's equal pay. The Evening Standard defined it as an 'unapologetically British musical with a quirky, big-hearted charm'.

If we look at TV programmes and series, great projects were born this year and, along with old shows, contributed to raising awareness. Nevertheless, one of the most controversial debates was on the rape scene in Games of Thrones. It caused a large debate between those who defended the scene, and those who saw it as a step back compared to new empowering female roles in TV and films. Many critical thoughts have been already expressed on the HBO choice, but this is not the only issue to point out. The rape scene is the signal that there is still an audience who wants to see this and to whom the scene is targeted.

Despite the many moves in changing attitudes towards women, for the arts - and wider industries - to really change, the public demand has to be there. This is why it is so important that these moments that do elevate and champion women are spoken about and celebrated as much as possible. Things are moving forward, but that is not enough. 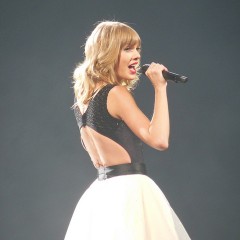 2015's been a pretty good year for women in the arts

Women achieved great things in 2015 and raised awareness on a global level - it's made a big mark across the arts, but what else needs to happen? 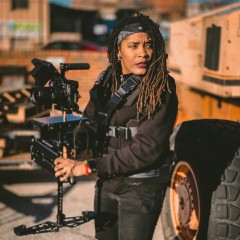