Since the early 19th century, Western culture has depicted male ballet dancers as weak, effeminate or homosexual. Studies have shown that teenagers in particular can have a highly stereotypical view of gender-specific sports, and these views make people less confident in breaking out of their shell and indulging in activities or arts that are seen as 'effeminate' or 'manly'.

In an age where feminism is booming, we should take some time to stand up for those boys who choose to take ballet classes whilst others play football or rugby, just as we do for the girls who choose to play rugby instead of dance. Without these dedicated young men, shows like Billy Elliot would be impossible. The show itself deals with the negative reactions of the community from which the boy is a part, and I'm sure the boys who dance in the show have had to deal with some of these reactions themselves from their peers.

I'll admit, when I was in ballet classes when I was younger, I found it weird that there was a boy in my class. However, I was lucky enough to be able to see some amazing ballet performances, one of which changed my opinion on male ballet dancers permanently. Les Ballets Trockadero de Monte Carlo are an all-male dance troupe who perform drag-ballet parodies. All the men in the troupe have been professional ballet dancers and now tour the world with their hilarious parody show, which features all the famous ballet dances, including 'The Dying Swan' from Swan Lake.

The show came back to the West End in September, so obviously I went to see it, and I was not disappointed. The show was as innovative and hilarious as I remembered and the dancing was truly beautiful. The men were all dressed as female dancers in tutu's and other beautiful dresses and their dancing was impeccable, their skill undeniable.

No one in that auditorium with me as we watched that show was judging those dancers for being men. Everyone was in awe of them, not just for their talent, but also for their ability to clearly make fun of the female dominated world of ballet in which they are trying to make a living every day. They proved to everyone in that theatre that men can be amazing ballet dancers too, and it doesn't necessarily take a woman's petite physique to pull off some of the most difficult moves.

That doesn't mean to say that being a male ballet dancer is only acceptable if you're dancing in the West End or on Broadway. Everyone should have the opportunity to pursue their dreams, without worrying about what others might think. If everyone adhered to stereotypes and only did things that everyone viewed as acceptable, many of us would not be in the situations we are today. So let's be thankful for those who push to break the gender stereotypes, and better still, let's help them to remove them once and for all. 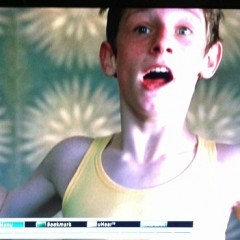 In the year Billy Elliot turned ten, is ballet still a difficult choice for men?

Since the early 19th century, Western culture has depicted male ballet dancers as weak, effeminate or homosexual. Studies have shown that teenagers in particular can have a highly stereotypical view of gender-specific sports, and these views make people less confident in breaking out of their shell and indulging in activities or arts that are seen as 'effeminate' or 'manly'.